Ford unveiled the Mustang Mach-E in police attire a week ago and now the electric SUV is making the headlines once again. It’s the very first EV in history to pass the grueling Michigan State Police tests as part of the 2022 model year evaluation. The zero-emissions model with a pony car’s name was subjected to multiple acceleration and braking tests, not to mention a top speed run and even a high-speed pursuit.

The Mustang Mach-E also had to handle a situation that required an emergency response to test the vehicle’s handling characteristics to the maximum. Interestingly, Michigan is only one of the two police authorities in the whole United States that make the effort to test new police vehicles every year, with the results publicly shared.

The evaluation was conducted over the course of two days (September 18 and 20), but the results won’t be published by the Michigan State Police until later this fall. It also doesn’t mean the Mustang Mach-E will soon become a police car, but it’s only a matter of time before the silent SUV will sneak up on speeding drivers.

As you can imagine, the electric SUV wasn’t subjected to any changes during the two-day test, save for the blue livery denoting the vehicle was built to report for police duty. Range anxiety is still somewhat of a concern, and it’s a bigger problem when talking about police cars as these have to cover extended distances in some extreme situations. 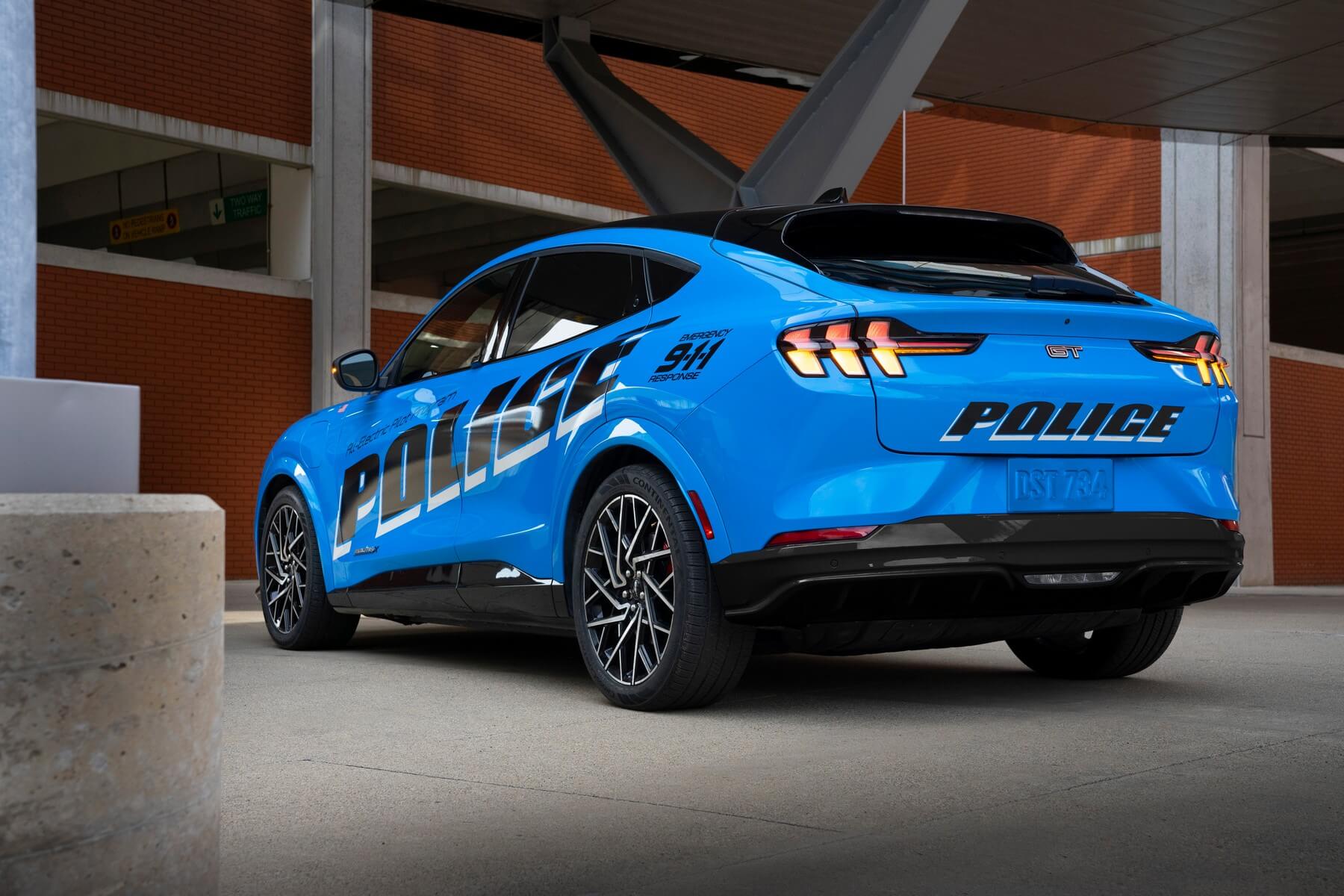 For the time being, this evaluation conducted by the Michigan State Police is more along the lines of a proof of concept, showing an electric vehicle can theoretically serve as a police car. A purpose-built version is likely still a few years away, but with Ford’s promise to improve the Mustang Mach-E’s range in the following model years, a police model might arrive sooner than you think.