Even though BMW is heavily investing in crossovers and SUVs, it’s not neglecting the minivan segment. Yes, the highly controversial 2 Series Active Tourer lives to see a second generation as Bavaria’s front-wheel-drive minivan rivaling the Mercedes B-Class. Four gasoline and diesel versions will be available upon launch, but the German luxury brand is also previewing the plug-in hybrid model.

BMW mentions two PHEV versions of its compact minivan will be available several months after the conventionally powered models, which are earmarked for a market launch in Europe in February 2022. One of them appears to be the 230e, and unlike the gasoline and diesel models, it has all-wheel drive judging by the xDrive badge on the tailgate. 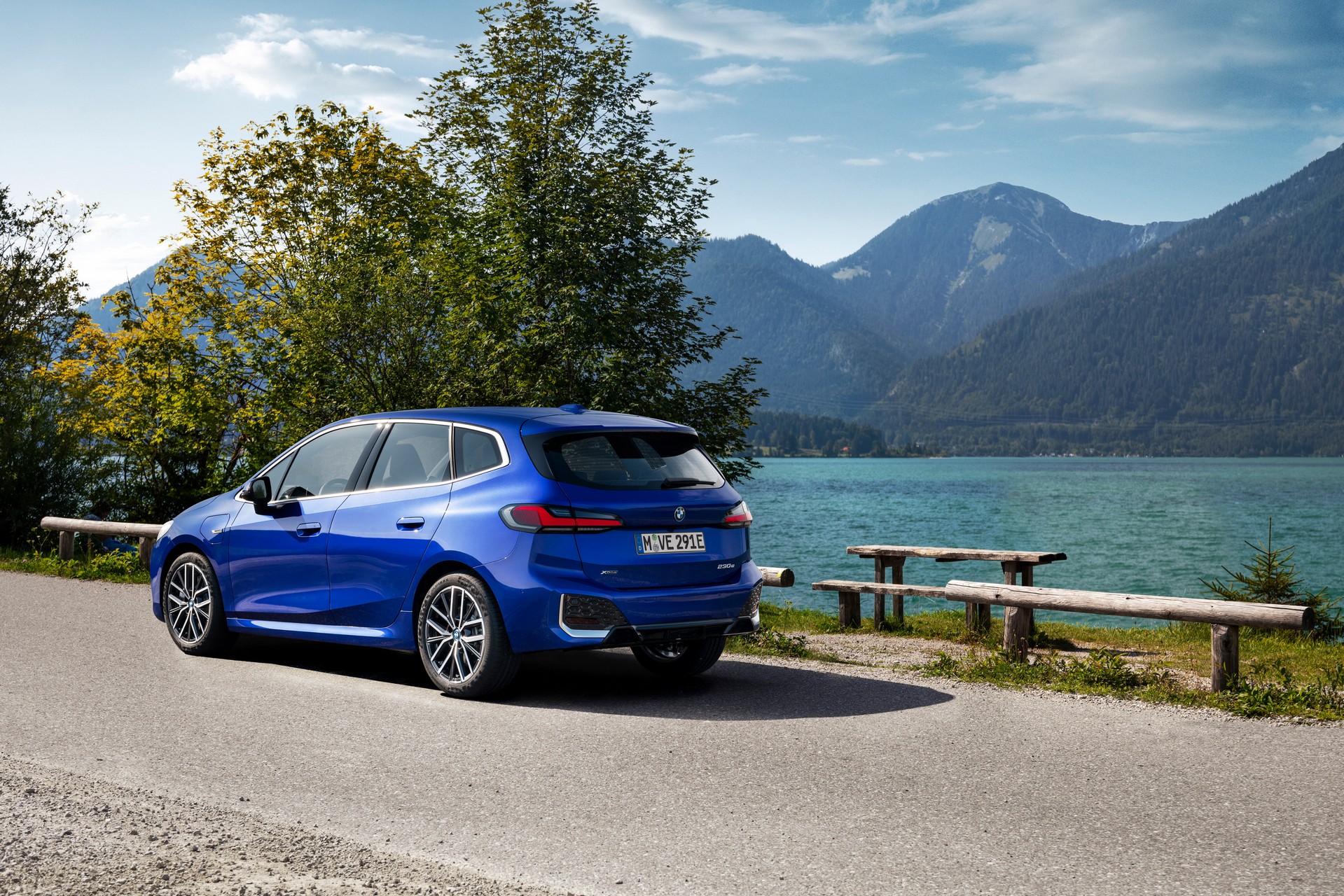 It can be visually distinguished by its fuel cap on the front-left fender, adorned by an “electrified by i” logo to further denote it is the hybrid model. The 230e featured in the adjacent photo gallery also looks sportier than the regular 2 Series Active Tourer thanks to larger vents at the front and rear, albeit they’re just for décor as the plastic trim pieces are blocked off, without serving a functional purpose.

Technical specifications are not available at the moment of writing, but we’re expecting a gasoline engine to drive the front wheels and an electric motor mounted in the back to power the rear axle. For what it’s worth, BMW says the 230e and the other PHEV version will come fitted with the company’s fifth-generation eDrive technology, which will translate into greater efficiency and a longer range on electric mode. 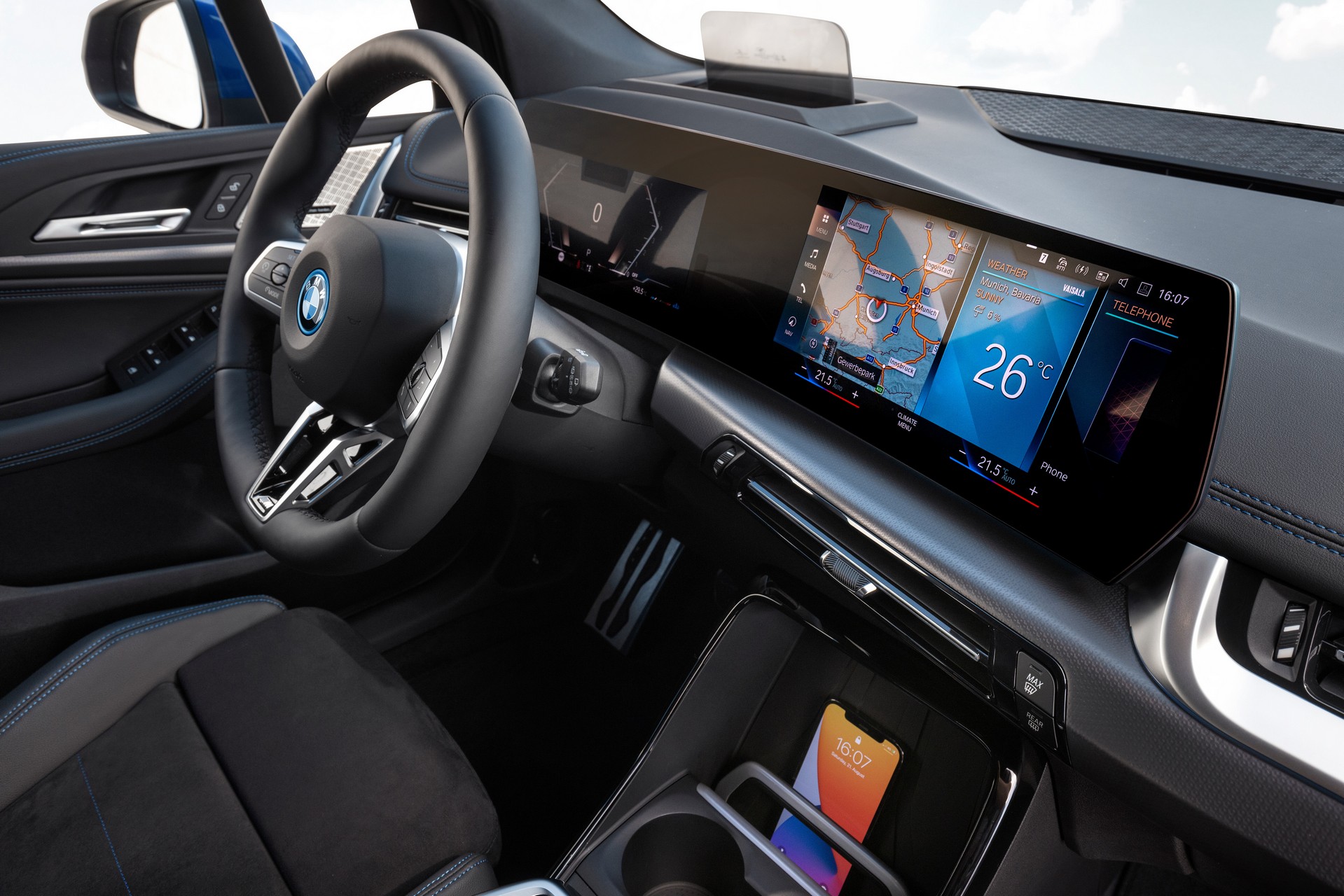 The new compact minivan is larger and wider than before, but the wheelbase has remained the same. BMW has stretched the front and rear axles, which should result in a more spacious cabin able to swallow from 470 to 1,455 liters of cargo. That being said, these numbers are applicable for the gasoline and diesel models as the plug-in hybrid could have a lower load volume due to the added hardware at the back.

The 2 Series Active Tourer is the first compact BMW to boast the latest iDrive 8 operating system, which in this case pairs a 10.7-inch touchscreen with a 10.25-inch driver’s display. Being a minivan, the rear seats can slide forward by up to 13 centimeters and you can fold them down in a 40:20:40 split. The German automaker mentions all versions are equipped with a seven-speed, dual-clutch automatic transmission, which we’re also expecting for the 230e PHEV.

Full technical specifications regarding the plug-in hybrid 2 Series Active Tourer should be disclosed in the coming months prior to its summer 2022 release.