It’s that time of the year for Interbrand to release its annual Best Global Brands Report and we’re obviously going to focus on car manufacturers first. Toyota occupies the highest position among automakers, ranking seventh, and showing a growth of five percent to $54,107 million. It’s right ahead of Mercedes, which takes eighth place with a value of $50,886 million after a three percent growth. Up next is BMW, rising by five percent to $41,631 million, to occupy the 12th spot.

Tesla is enjoying the biggest growth automakers as Interbrand’s rankings for 2021 show the Palo Alto company jumping to 14th place by increasing its value to $36,270 million or a whopping 184 percent more than the year before. In 2021, Tesla is the fastest-growing brand of all, following its reentry to the table last year. Compared to 2020, the EV manufacturer has moved an impressive 26 places up the table.

Bear in mind that Interbrand’s methodology is not based on the number of cars delivered to customers, but rather on these three components: The company’s financial performance, its competitive strength, and the importance of the brand’s role when a customer has to make a decision about buying a product. 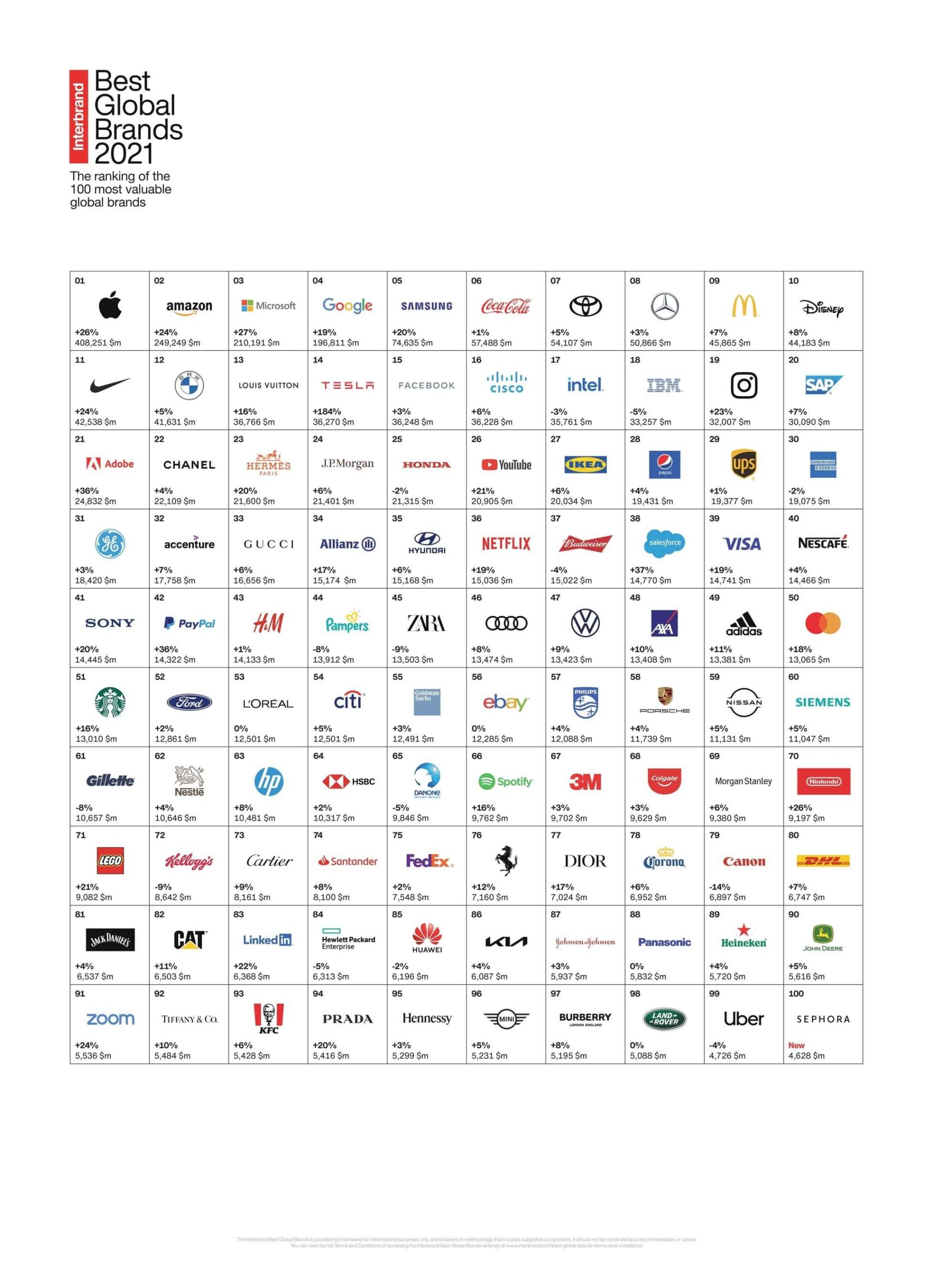 The overall winner in the 2021 Best Global Brands Report was Apple, followed by Amazon in second place and Microsoft taking the last spot on the podium.

Here are the full rankings for car manufacturers that managed to get in the top 100:

According to Interbrand, the top three bands account for a third of the total table value this year, while all 100 top brands are valued at $2.67 billion, which represents an increase of 15 percent compared to 2020. It’s actually the biggest year-over-year growth since Interbrand launched the study 22 years ago.

The only new entry for 2021 is Sefora, which occupies the very last position in the rankings, making the LVMH Group the largest group entity with no fewer than five different brands in the top 100.