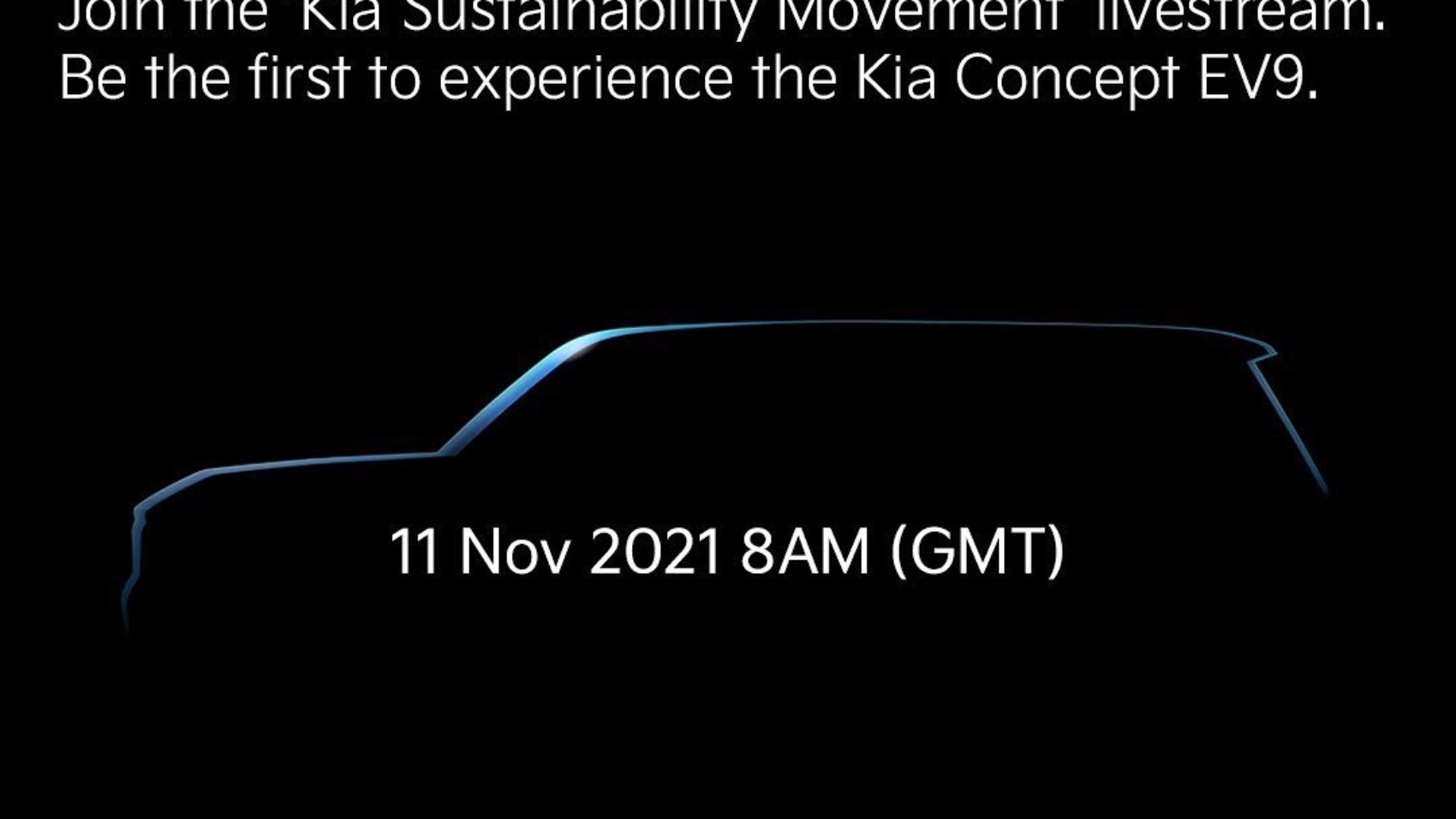 It was only a few days ago when Hyundai teased the SEVEN electric SUV to preview the concept’s official debut slated for November 17 and now Kia is making a similar announcement. As a matter of fact, we will actually be seeing the Concept EV9 sooner since the world premiere is programmed to take place on November 10.

The announcement was made by Kia on its social media accounts, accompanied by a shadowy teaser image hinting at boxy styling with a nearly flat roofline and an upright rear end. Some are speculating it’s a zero-emissions adaptation of the Telluride, but that’s not the case since “EV” models will be dedicated electric cars, which wouldn’t be the case for a Telluride without an internal combustion engine.

Given the use of figure “9,” we are certain it will be larger than the EV6 unveiled earlier this year. Whether it will be big enough to accommodate a third row of seats remains to be seen, although we believe that will be the case and the cabin is going to be spacious enough to seat seven or eight people. The model in question could be mechanically related to the aforementioned SEVEN concept from Hyundai, which will evolve into the Ioniq 7 production electric SUV in 2024.

These two, presumably three-row SUVs will ride on the same E-GMP platform already being used for the Ioniq 5, EV6, and the Genesis GV60. We can already tell the Kia EV9 sits on a bespoke EV platform by the short front and rear overhangs, allowing the engineers to stretch the wheelbase. Perhaps the new electric SUV will be about as long as the Sorento while offering room inside the cabin comparable to the larger Telluride.

Given what will be a large SUV, chances are Kia will sell the EV9 exclusively with dual motors and all-wheel drive, but that remains to be seen. The E-GMP platform can certainly support a considerable amount of power seeing as how the EV6 GT packs a meaty 577 horsepower and 740 Newton-meters (546 pound-feet) of torque. The sporty crossover does 0 to 62 mph (100 km/h) in only three and a half seconds, but the EV9 using this powertrain would be slower due to the extra weight.

We will have all the details soon as the Kia Concept EV9 will break cover on Thursday, with the road-going model likely arriving within the next couple of years.