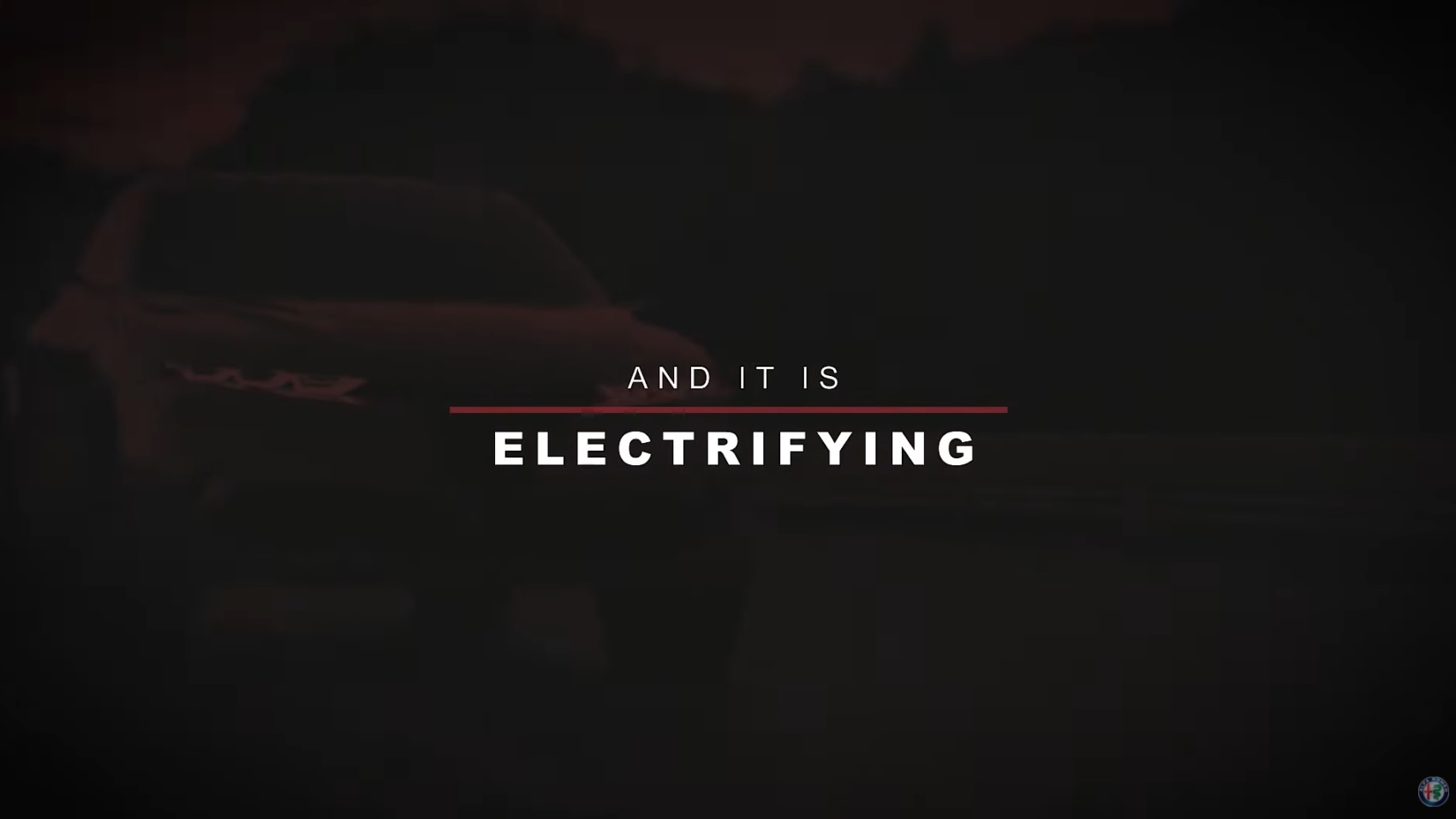 At long last, Alfa Romeo is providing a glimpse of the hotly anticipated Tonale, a new crossover that will go down in history as the Italian brand’s first electrified model. Slotting below the midsize Stelvio SUV, the third model in the company’s lineup was originally previewed by a namesake concept way back in March 2019 at the Geneva Motor Show. Following multiple delays, the road-going model will break cover in 2022.

In the meantime, Alfa Romeo’s newly released video wishing us Happy Holidays ends with Tonale being shown for a few seconds. It would appear we are looking at the very same concept from nearly three years ago, complete with a sharp front fascia, cameras instead of side mirrors, and a wide LED light bar. The absence of door handles also indicates it’s the concept rather than the production model.

It is widely believed the plug-in hybrid version will serve as the flagship version with as much as 240 horsepower and all-wheel drive. The undisclosed turbocharged gasoline engine will propel the front axle while the electric motor is going to drive the rear wheels. According to a recent report, the Alfa Romeo Tonale will measure 4,528 millimeters (178.2 inches) in length, 1,835 millimeters (72.2 inches) in width, and 1,604 millimeters (63.1 inches) in height. The wheelbase is rumored to measure 2,636 millimeters (103.7 inches) and Alfa Romeo will sell the vehicle with up to 20-inch wheels.

Based on the latest info that has surfaced online, the big debut is scheduled to take place sometime in February. There are plans to offer the smaller crossover in Super, Sprint, and Ti trim levels, along with a fully loaded Speciale launch edition equipped with matrix LED headlights, those big wheels, and Alcantara accents inside.

Chances are the first customer deliveries will take place in Europe at the beginning of June. The Alfa Romeo Tonale has been confirmed for the United States where Stellantis might also sell a mechanically related Dodge Hornet, but take this rumor with the proverbial pinch of salt as nothing is confirmed at this point.