Never has Mercedes teased a concept car so extensively, which goes to show the Vision EQXX will quite likely be a remarkable EV. While it won’t go into production, we do know the showcar heading to CES next week is going to pave the way for next-generation battery tech. The goal? A compact electric vehicle with a maximum range of over 1,000 kilometers (621 miles).

Scheduled to be unveiled on January 3, the Vision EQXX is back in a first episode part of a video series. The swoopy sedan reveals a tad more skin courtesy of a partially transparent car cover showing the vehicle’s sloping roofline and pop-out door handles akin to the road-going EQS. Its front fascia appears later in the video, featuring a wide lightbar and several LED lines for the headlights looking like the company’s three-pointed star logo.

A prominent front badge is visible, as are dual air ducts in the front hood for aerodynamic purposes. Speaking of which, the Vision EQXX will likely become the most aero-efficient Mercedes in history. The EQS already has a drag coefficient of 0.20 while the 2015 IAA concept had a Cd of 0.19, but we’d wager the new Las Vegas-bound EV will be even sleeker.

Since we’ve mentioned the EQS, the German luxury brand previously revealed it will boost battery density by 20% compared to the flagship EV. Combined with an ultra-low drag coefficient and lightweight construction, the Vision EQXX will be able to offer a four-digit range. However, it’s too soon to say when these advancements will trickle down to a production model, but our money is on a post-2025 launch. 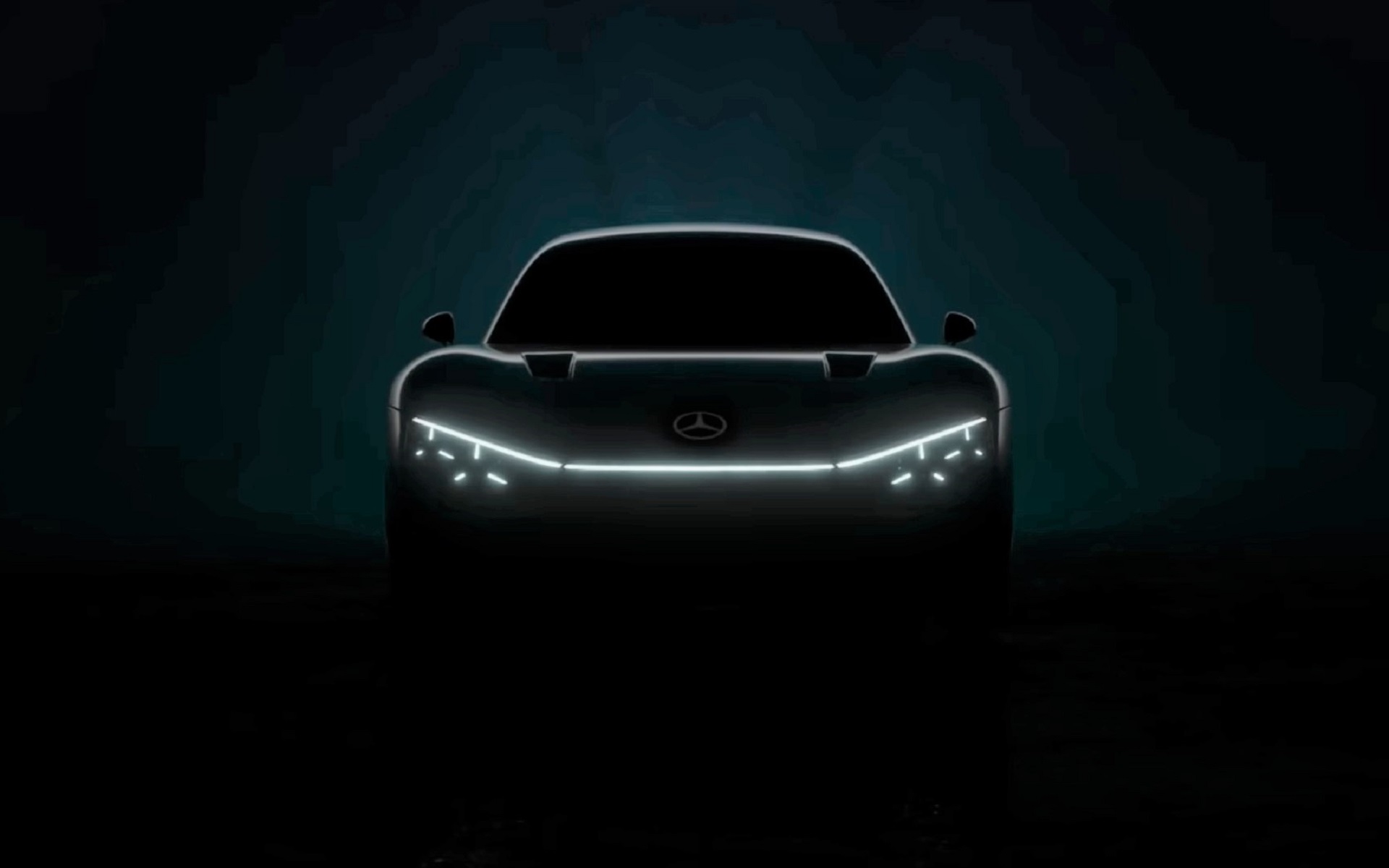 Mercedes is targeting a single-digit kWh per 62 miles (100 kilometers) and the real range of 1,000 km from a battery pack typically installed in a compact EV. To make it happen, it has teamed up with the hugely successful Formula 1 team, so we expect great things from the Vision EQXX.