Mercedes has reached an important milestone by starting production of the first electric AMG sedan. The EQS 53 is now being assembled at the Sindelfingen plant aka “Factory 56” in Germany where it’s built alongside the regular EQS. At the same facility, the three-pointed star puts together its traditional flagship, the S-Class, in both standard- and long-wheelbase versions, plus the extra-long Maybach S-Class.

It should be noted this is not the first all-electric AMG in history as some will remember the short-lived Mercedes-AMG SLS Electric Drive launched in 2012. However, only nine examples of the zero-emissions supercar were ever made, thus making the EQS 53 the first AMG without a combustion engine to enter series production. Its price tag is also not as prohibitive since it starts at “only” €152,000 whereases the coupe was nearly three times more expensive. 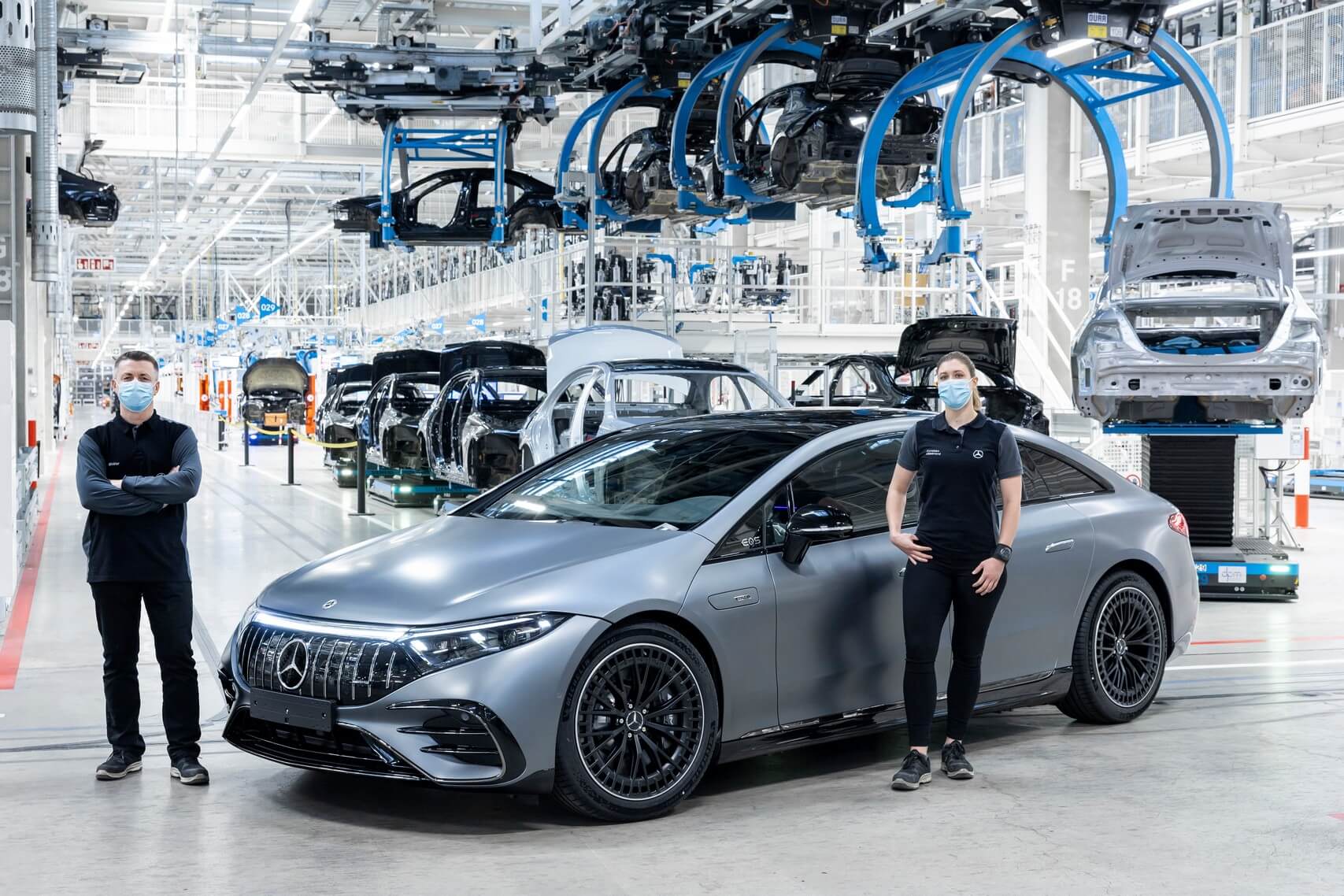 The company opened the order books on December 14 for its high-performance electric sedan equipped with dual motors and all-wheel drive as standard. The AMG EQS 53 boasts 658 horsepower (484 kilowatts) and 950 Newton-meters (701 pound-feet) in its entry-level specification (if we can call it that way…), but an optional AMG Dynamic Plus package raises those output figures furthermore.

It unlocks the possibility of turning on boost mode when the car is in Race Start mode to unleash a whopping 761 hp (560 kW). It translates into a 0 to 62 mph (100 km/h) run in just 3.4 seconds provided the battery’s state of charge is at least 80%. Flat out, it will do 155 mph (250 km/h), which is pretty good for an EV, especially since Mercedes says the AMG EQS 53 actually has an electronic top speed limiter. 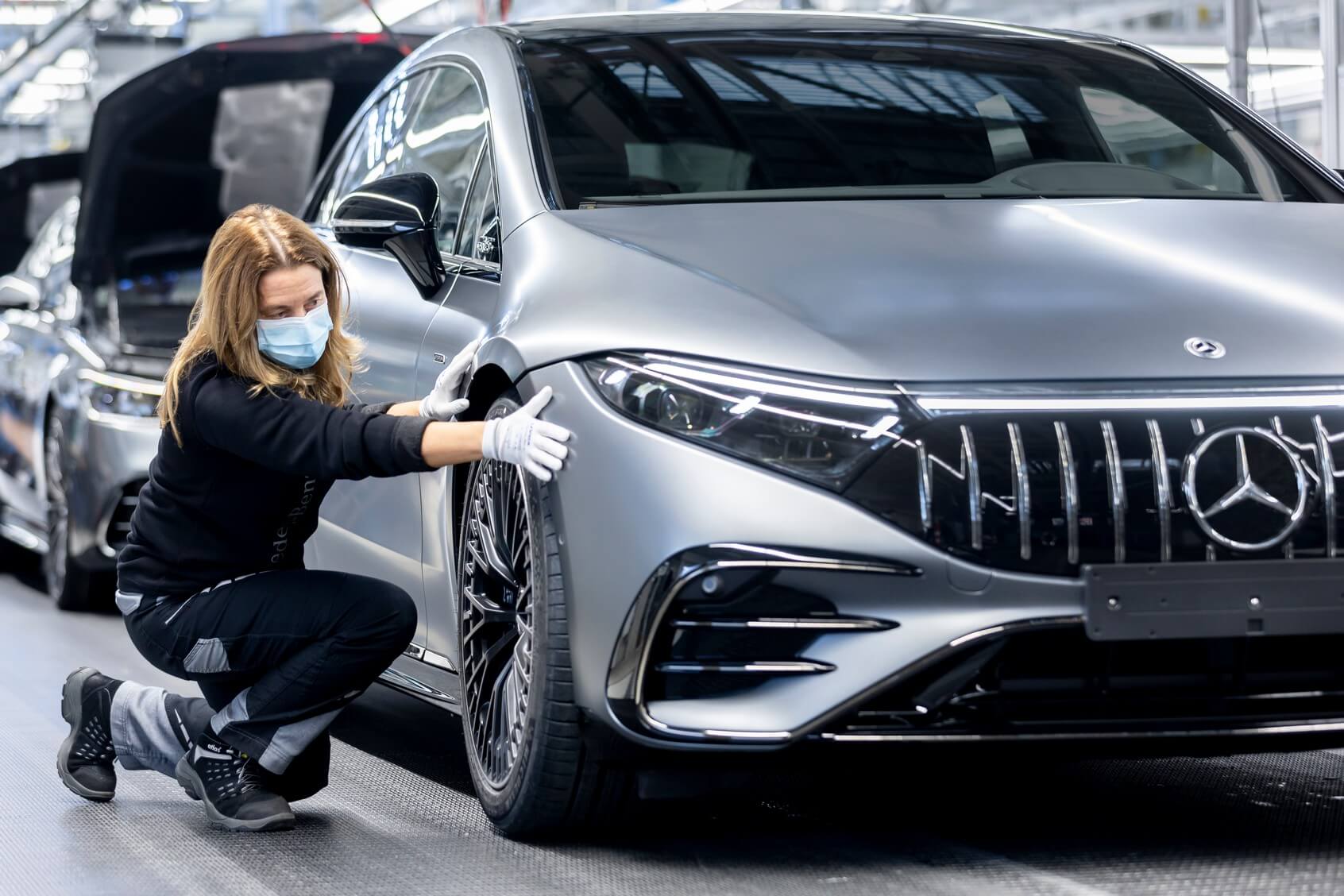 Stick to the base version without the AMG Dynamic Plus package and the sprint takes 3.8 seconds and top speed – also limited – goes down to 137 mph (220 km/h). Regardless of choice, both come with a large 107.8-kWh battery pack that can be charged at up to 200 kW, which represents the equivalent of 19 minutes for 186 miles (300 kilometers) of range in the WLTP cycle.

There’s more to come regarding electric AMGs since the smaller AMG EQE 53 is likely slated to debut in 2022. Not only that, but both the EQE and EQS sedans will soon spawn SUV companions, and logic tells us those too will get extra oomph from the Affalterbach-based division. Our assumption is based on the fact Mercedes sells go-faster versions of its GLE and GLS combustion-engined vehicles. 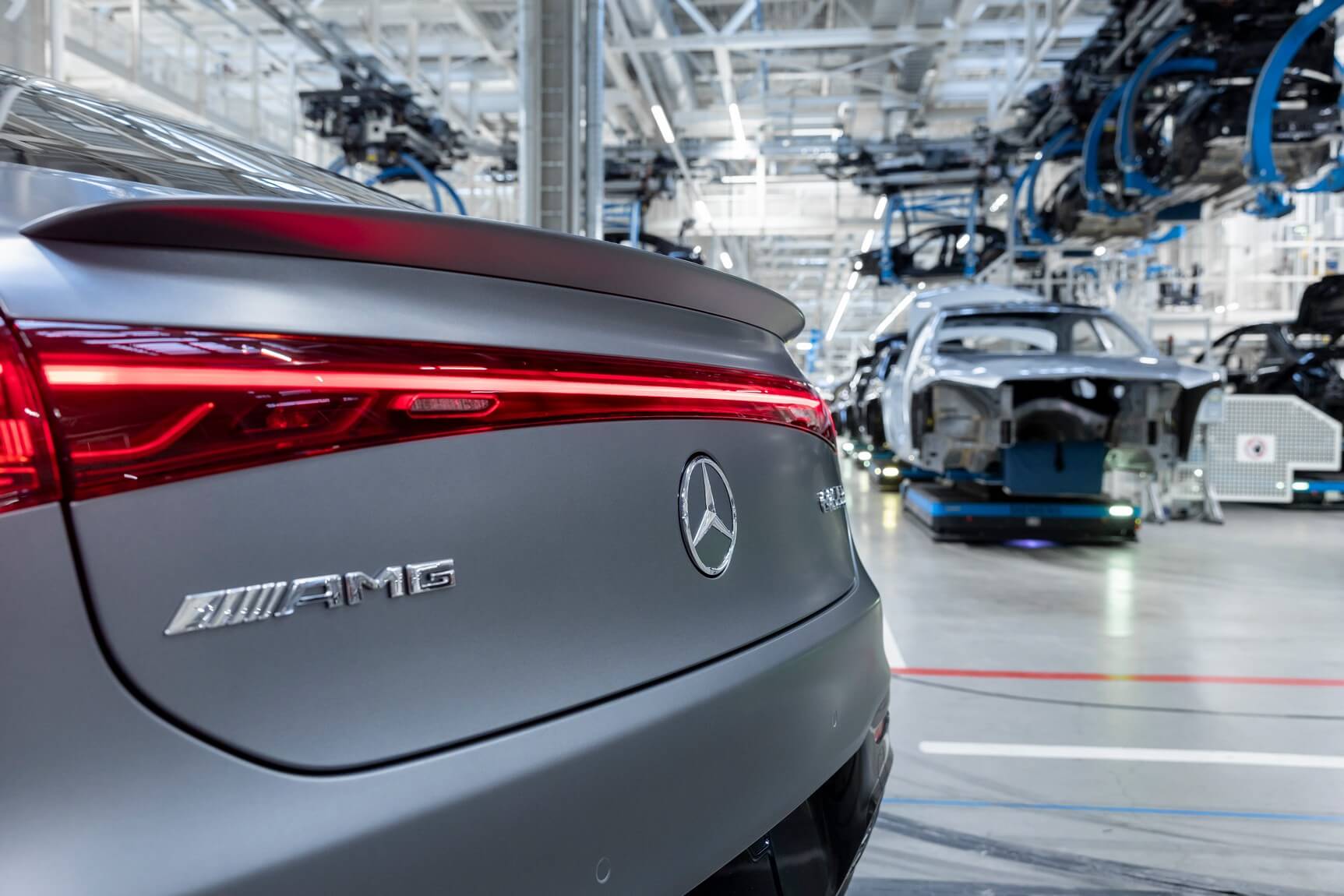