In a surprise move, Chevrolet’s unveiling of the 2024 Silverado EV today at CES 2022 in Las Vegas is coming along with the first images and details of the Equinox EV. The fully electric compact crossover is also earmarked for the 2024 model year since it won’t be going on sale until fall 2023. It’s going to kick off at a GM-estimated $30,000 and will be available in retail and fleet configurations.

Much like the Silverado EV, it will ride on the Ultium platform that has already underpinned the GMC Hummer EV pickup truck and SUV along with the Cadillac Lyriq. Details are scarce for the time being, but we do know the new zero-emission crossover is going to be offered in LT and RS trim levels, with the latter being the stylish red car featured here. 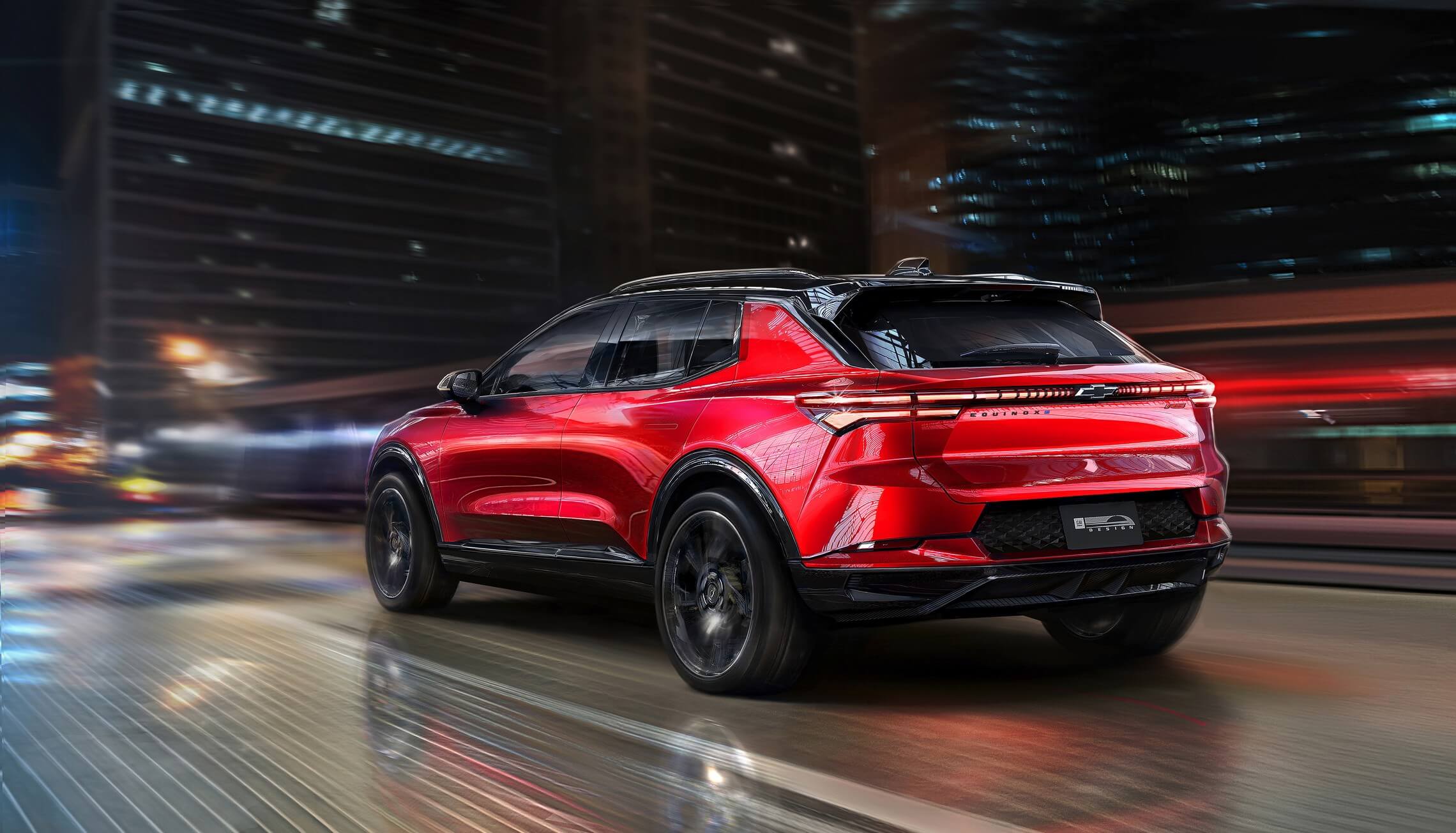 While the lesser Chevy Bolt EUV comes exclusively with a front-wheel-drive layout, logic tells us the 2024 Equinox EV will be optionally offered with AWD courtesy of dual motors. Consequently, that will come along with a lot more power than the 200 hp and 266 lb-ft of torque offered by the Bolt. As far as the battery is concerned, we are expecting it to have enough juice for somewhere in the region of 300 miles, but nothing is official at this point.

As far as the design is concerned, it certainly looks sleek and follows recent EV trends by adopting an LED light bar at the front along with pop-out door handles. Typical for a vehicle built on a dedicated electric car platform, it has short overhangs and a longer wheelbase than crossovers of this size equipped with combustion engines.

Inside, Chevy will be fitting a large infotainment to join the digital instrument cluster while still keeping separate traditional controls for the climate settings and other useful functions. The light bar in the upper rim of the steering wheel suggests the 2024 Equinox EV will be offered with Super Cruise. Images of the rear compartment have not been published, but since it’s underpinned by the Ultium architecture, chances are it has a completely flat floor for ample legroom.

The Equinox EV will be quite late to the party considering the Ford Mustang Mach-E, Volkswagen ID.4, and the Tesla Model Y are all on sale today. Chevy isn’t saying anything about the conventionally powered crossover, which can only mean the gasoline-fueled crossover will stick around and is going to be sold alongside the purely electric model.