With Toyota showcasing the bZ4X at the Tokyo Auto Salon in a spicy GR Sport flavor, it only seems natural Subaru is doing the same with its equivalent Solterra. Spruced up with STI bits, the electric SUV gets a series of red accents as you’d come to expect from a performance vehicle upgraded by Subaru Tecnica International. However, these visual tweaks are not backed up by extra performance from the electric motors.

It’s officially labeled as a concept car, but seeing as how the STI-badged Solterra is merely a body kit and some fancy wheels, it shouldn’t take long until Subaru will have it on sale. The zero-emission SUV gets a front spoiler lip in a contrasting shade, complemented by the extended side skirts and rear under spoiler extending onto the sides of the bumper. 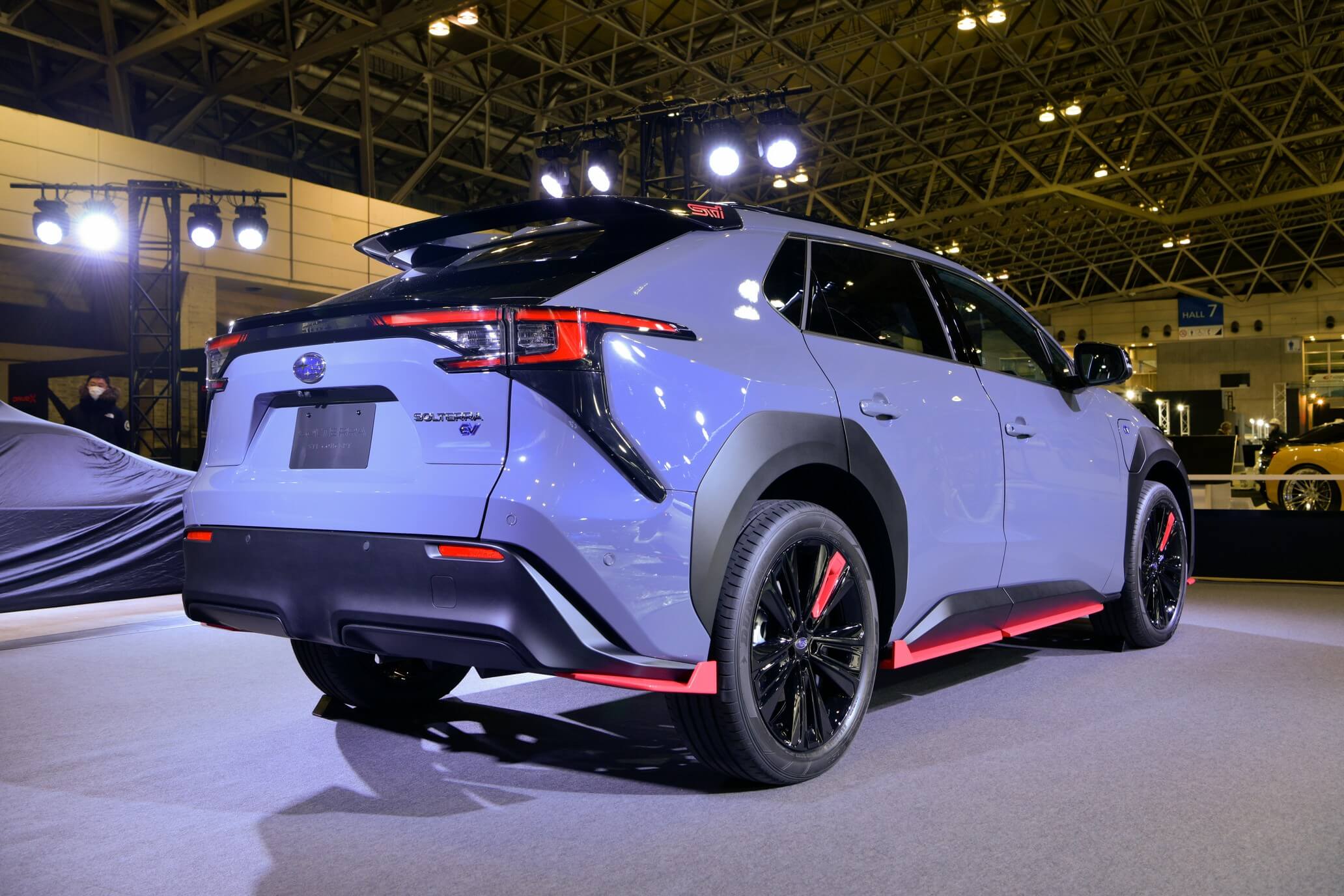 A closer look reveals a chunky roof-mounted rear spoiler with red STI lettering on the endplates along with tiny fins to guide the airflow more efficiently. Sadly, Subaru doesn’t go into any details about its upgraded Solterra, only saying the add-ons accentuate the “superior driving dynamics” of the purely electric SUV.

The regular model has been on sale for a while in Japan whereas the United States will have to wait until later this year when the equivalent bZ4X is scheduled to arrive. While Toyota’s version is going to be available in a front-wheel-drive guise as well, Subaru will sell the Solterra exclusively with AWD courtesy of dual motors producing a total output of 215 horsepower and 246 pound-feet of torque.

The battery pack will provide enough energy for an estimated 220 miles before having to recharge, which isn’t great, but it’s not terrible either. Even with these STI upgrades, it’s easy to tell the Solterra is largely the same EV as the Toyota bZ4X, and while that’s necessarily a bad thing, a bit more variety wouldn’t have hurt.