Lots of interest for the Rolls-Royce Spectre electric

Although Rolls-Royce previewed the Spectre last September, the electric coupe won’t hit the market until the end of 2023. Customers are in for a long wait, and yet early adopters have already raised their hands to own Goodwood’s EV. Speaking with Car Sales, the company’s sales manager for the Asia-Pacific region said deposits are being made as we speak.

Ian Grant mentions this early demand has been “very pleasing,” despite the fact Rolls-Royce hasn’t even announced pricing details. However, an educated guess tells us it will command a premium over the V12-powered Wraith coupe. Customers are making deposits via a newly added EV section on the Whispers smartphone app available only for RR owners. In other words, those who have expressed their interest in owning the Spectre already have one of the company’s gasoline cars. 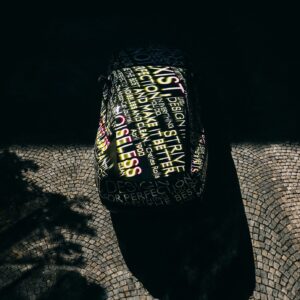 Most Rolls-Royce owners in Australia choose to drive themselves, according to Ian Grant. It’s the main reason why the Spectre is proving to be an early success as buyers want near-instant power delivery. Grant went on to say the company’s first electric car will represent a daily driver for many clients eager to enjoy the immediately available full torque.

The luxury brand says Spectre owners will receive assistance to charge their EVs by having access to some stations. Rolls-Royce Australia will make the first deliveries shortly after the world premiere late next year. As with previous product launches Down Under, cars might be flow in to cut the waiting times.

On a related note, Ian Grant said he hasn’t heard any criticism towards Rolls-Royce following the company’s decision to go EV-only from 2030. In addition, the typical wealthy clientele is not rushing for now to own one of the current gasoline models.

Already confirmed to get the Black Badge treatment, the Spectre is rumored to get the potent dual-motor setup from the iX M60. The first electric M SUV packs 610 horsepower and a colossal 1,100 Newton-meters (811 pound-feet) when launch control is active. BMW has rated the iX M60 at 532 hp and 1,016 Nm (749 lb-ft) in normal mode.