That was fast. Two weeks after unveiling the Enyaq Coupe, Skoda has commenced production of its attractive electric SUV at its main factory in Mladá Boleslav. Another EV riding on the Volkswagen Group’s MEB platform, the coupe-styled SUV will be assembled at a rate of 120 cars each day in Czech Republic where it’s produced alongside the conventionally styled Enyaq. In addition, the VW-owned marque also puts together the Octavia plug-in hybrid at the same facility.

The two Enyaq models are the only MEB-based models to be manufactured in Europe outside of Germany. In the case of the coupe, it’s also the first electric RS model from Skoda, and serves as the company’s most expensive car ever made. The automaker brags about the car’s impressively low drag coefficient of only 0.234, helping to squeeze 545 kilometers (339 miles) of WLTP range for the most efficient version. 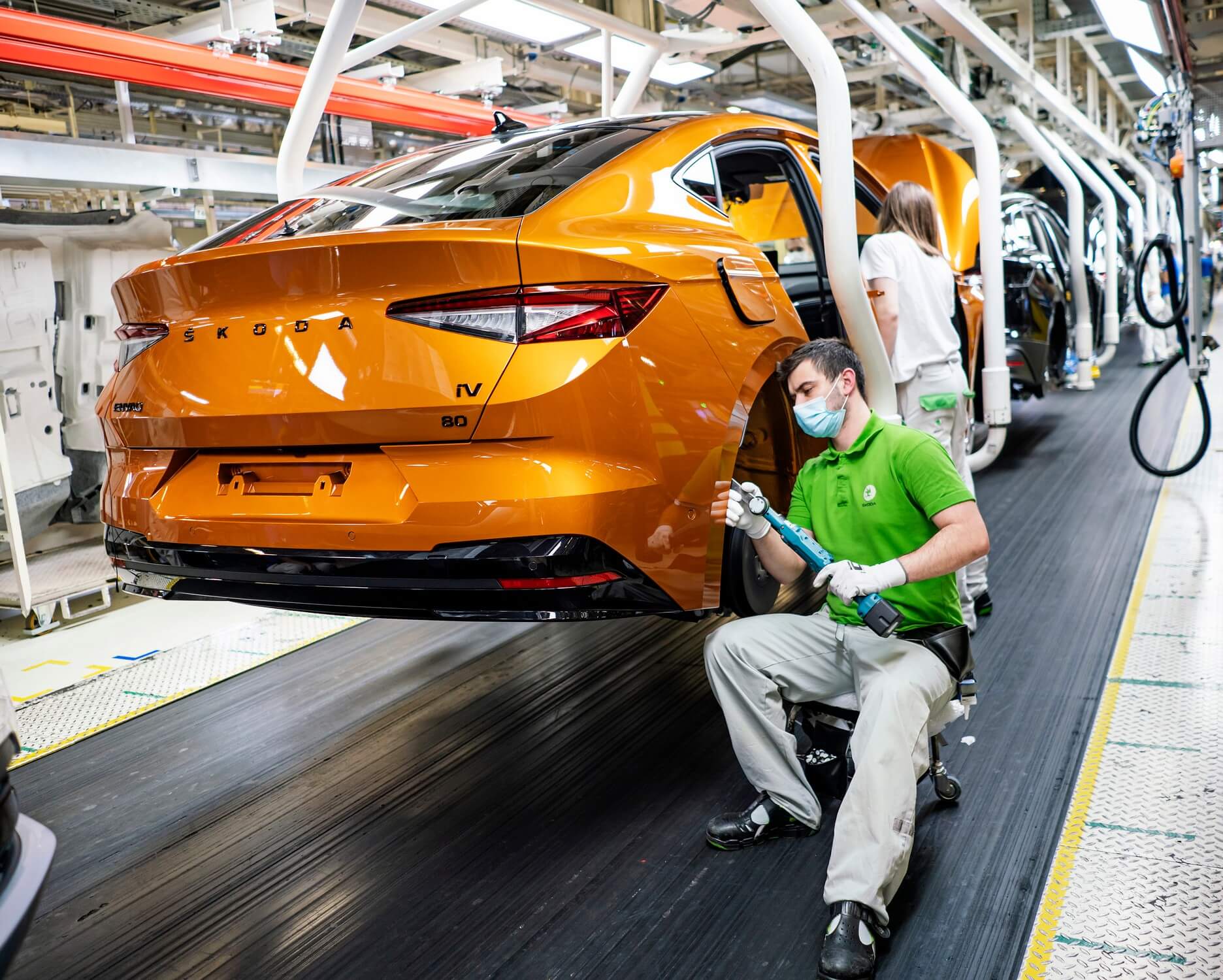 Standard across the Enyaq Coupe range, the panoramic glass roof is the biggest Skoda has ever put on a car and also helps boost interior headroom since the glass is thinner than a metal roof. Despite being beaten with the coupe stick, Skoda claims you can still cram in 570 liters of cargo behind the rear seats, which should be enough for most people.

The “coupe” version builds upon the success of the regular Enyaq which was manufactured in 50,000 examples in 2021. Three cheaper and smaller EVs will follow the electric SUV duo by the end of the decade when the company estimates EV take rate in Europe will increase to 50-70%. By 2030, Skoda hopes to halve fleet emissions and prepare for an inevitable sales ban on new cars equipped with combustion engines. It could arrive as early as 2035 if the European Commission’s proposal will be voted favorably.

Details about the three upcoming EVs have not been disclosed, although reports state one will be a city car to succeed the Citigo-e, along with a smaller sub-Enyaq crossover and a compact sedan in the same vein as the best-selling Octavia.