One of the longest-running nameplates in Volkswagen history, the Passat has been around for nearly half a century. The next-generation model has been confirmed, even though the Wolfsburg brand is putting the finishing touches on a similarly sized electric car previewed by the ID. Vizzion sedan and ID. Space Vizzion wagon concepts.

It is believed the revamped VW Passat will be offered exclusively in the more practical Variant body style. Production will move to Bratislava in Slovakia where the midsize car is going to be assembled alongside its sister model, the new Skoda Superb. Still riding on the MQB platform, the next Passat will once again be offered with a plug-in hybrid powertrain.

There will apparently be two PHEV options, a base Passat eHybrid and a more powerful variant carrying today’s moniker – Passat GTE. The former should make do with around 200 horsepower whereas the overhauled GTE will pack more punch, according to a new report from Auto Express. The British magazine claims the battery size will grow beyond the current 13-kWh capacity to achieve a greater electric range. It is believed the wagon-only 2023 Passat could cover as much as 60 miles (97 kilometers) without needing any gasoline, presumably on the WLTP test cycle.

See also  VW ID.3 and ID.4 get OTA update, but you'll still have to visit the dealer 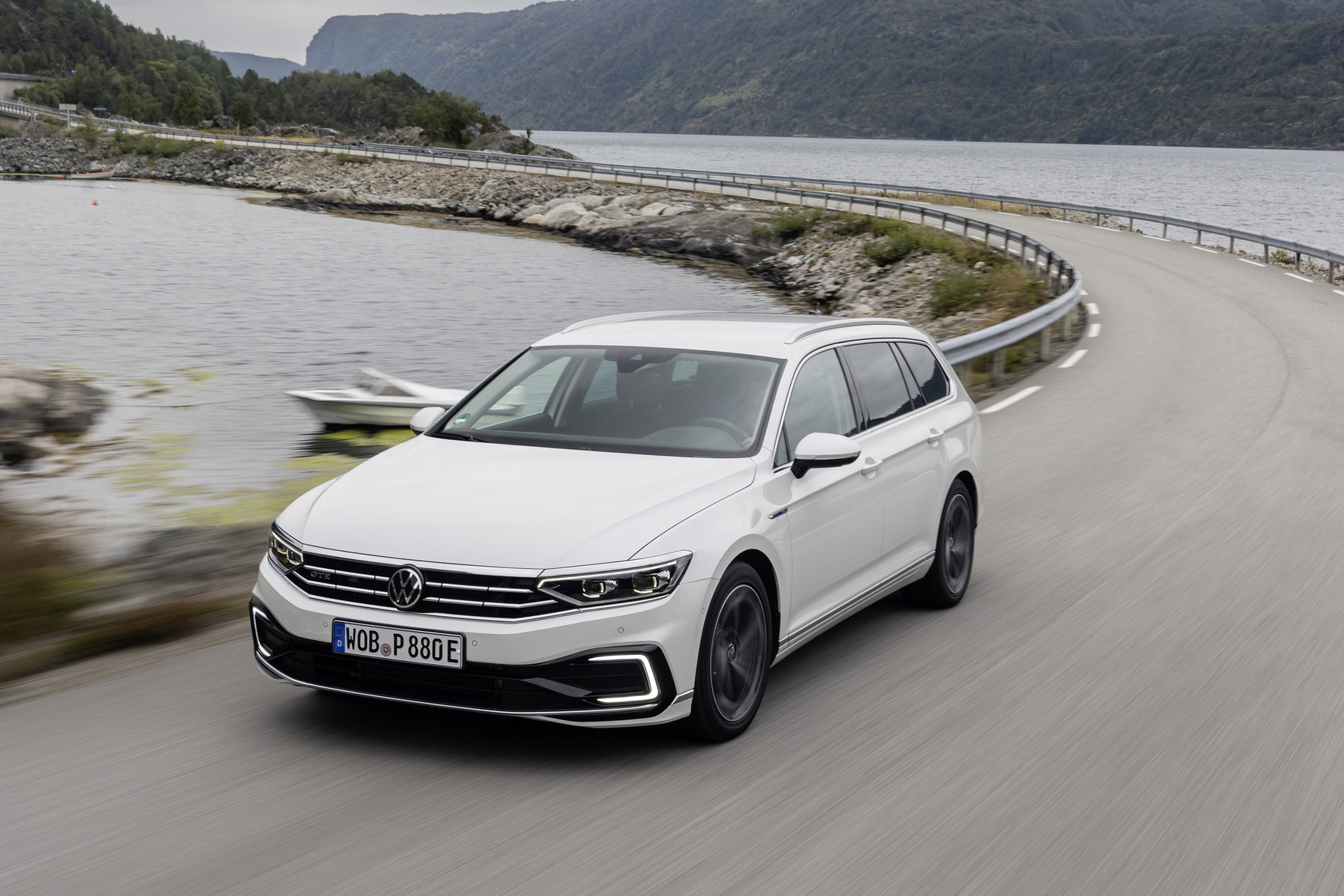 Aside from traveling farther without the combustion engine turned on, the new Passat is believed to receive quicker charging tech. While the current car has a maximum charging power of 3.6 kW, its replacement could triple the speed to 11 kW while carrying more cells. It makes sense for VW to install a bigger battery since the wheelbase will reportedly be extended, thus freeing up room for a larger pack while boosting rear legroom.

We’ll likely see the Passat first and then the Superb. Both will likely be the last of the breed to still offer gasoline and diesel engines since their replacements coming around the end of the decade are probably going to be EVs.