At long last, Volkswagen is giving people what they want – more power. The ID.4 was unveiled last year with a single electric motor mounted at the back, delivering 201 hp. Adding a front-mounted motor into the mix, the new GTX takes the combined output to just under 300 hp. If you want an exact number, it’s 220 kilowatts or 295 hp.

By installing a front electric motor, VW has also given the ID.4 a much-needed AWD system to better cope with slippery surfaces. The electric SUV primarily works in RWD mode to boost efficiency, but once the sensors and computers detect a lack of traction, the new e-motor at the front is automatically turned on. The same thing happens when the vehicle detects the driver needs more power to drive the GTX in a sporty manner. 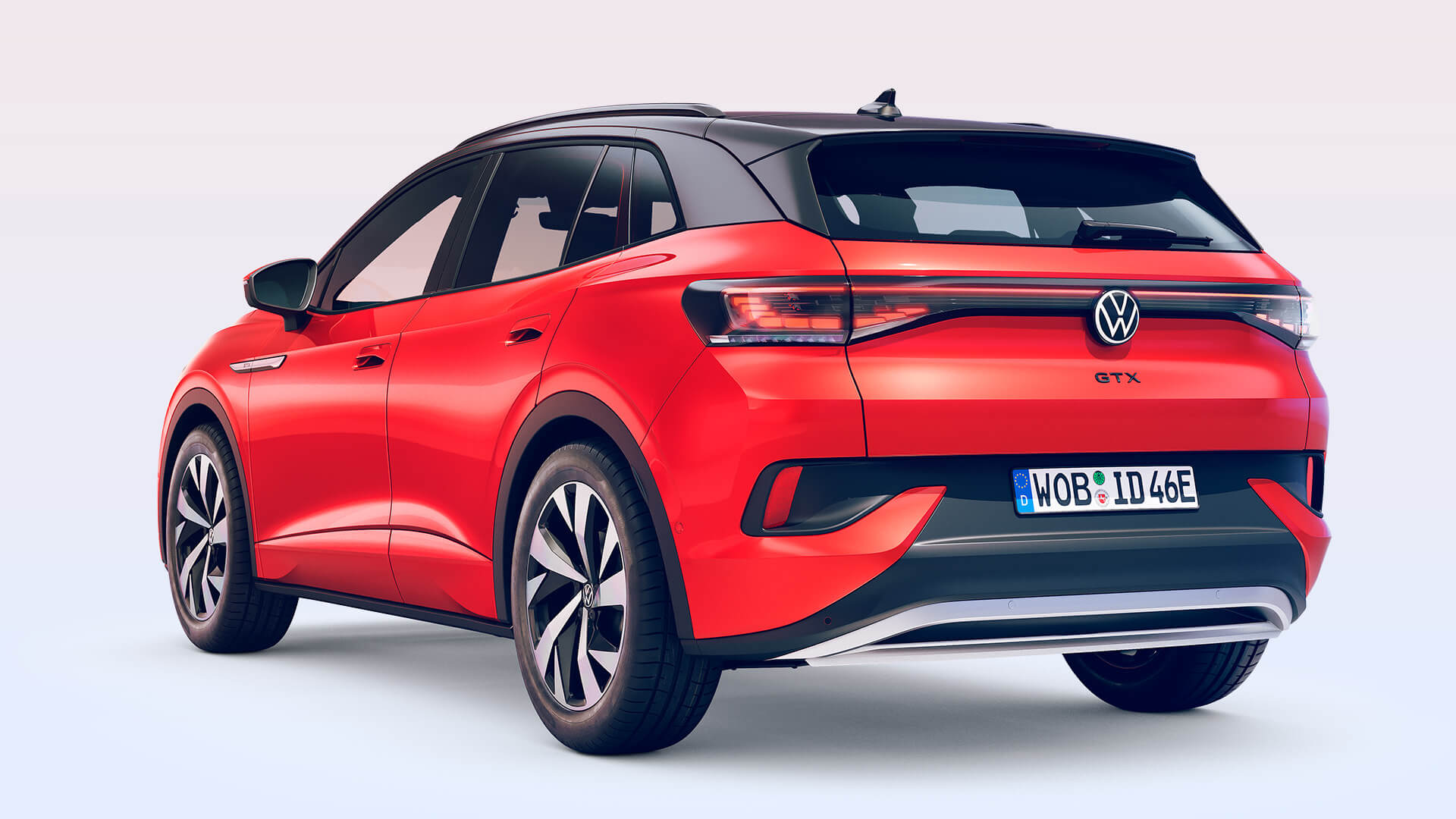 You can imagine adding a front motor has drastically improved performance. The sprint from a standstill to 62 mph (100 km/h) now takes 6.2 seconds or 2.3 seconds less than before. Going from 0 to 37 mph (60 km/h) is a task completed in 3.2 seconds, thus making the GTX quite zippy in daily driving. The dual-motor AWD setup has had a positive impact on top speed as well, rising to 112 mph (180 km/h), which is actually electronically governed.

It gets the same 77-kWh battery as the normal model, but the WLTP-certified range is down to 480 kilometers (298 miles) since the GTX is a heavier vehicle after adding the front electric motor.

A closer look at the images reveals the hotter GTX is still stuck with drum brakes at the rear, hiding behind standard 20-inch wheels or the optional 21-inch set. Going for the Sports package will bring the spicy ID.4 closer to the road by 0.6 inches (15 millimeters) for better handling, while adjustable shocks can also be had at an additional cost. 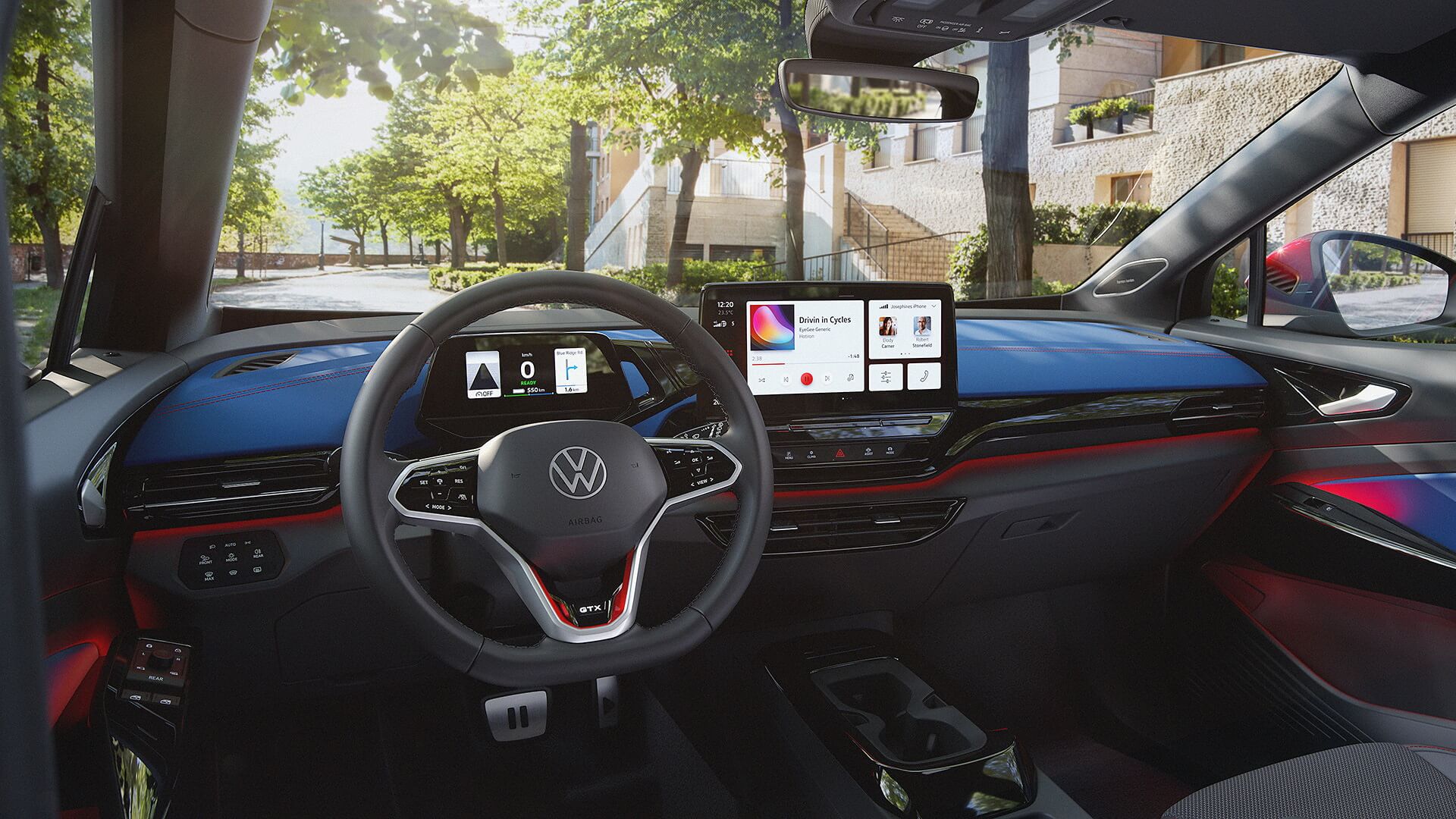 You won’t have to pay extra for those nifty matrix LED headlights at the front as they’re standard, much like the GTX-reserved trio of lights in the front bumper. At the back, the performance-oriented SUV can be visually distinguished by its 3D-effect taillights lending it a high-tech look akin to some of the fancier Audi models.

Inside, the red ambient lighting and stitching create a visual connection with Volkswagen’s traditional GTI models. The standard 10-inch touchscreen can be optionally replaced by a bigger 12-inch setup, while the head-up display with augmented reality tech also costs extra. Speaking of pricing, the ID.4 GTX starts at €50,415 at home in Germany.

Initially launching in Europe this summer, the more exciting ID.4 is expected to arrive in the United States for the 2022 model year.