What’s old is new again as British company Charge Cars has introduced an electric pony car based on an officially licensed 1967 Ford Mustang fastback shell. The project has been previewed already, but now we finally get to see the production version in all of its glory. While it remains faithful to its ancestor, the ‘Stang EV is an entirely beast underneath the familiar skin.

There are no oily bits since the black beauty is purely electric courtesy of dual motors providing all-wheel drive and some serious power. Charge Cars says the setup is good for 536 hp (400 kW) and a colossal 1,500 Nm (1,106 lb-ft) of instant torque. The electric punch helps the zero-emission Mustang reach 60 mph from a standstill in as little as 3.9 seconds.

Courtesy of a 64-kWh battery pack, the electric sports car is estimated to cover 200 miles (322 kilometers) on a single charge, which isn’t too shabby for a performance-oriented EV. Once you’re out of juice, it can be charged at up to 50 kW, but the company doesn’t say how long it will take to replenish the battery. We do know only 499 cars will be made and all of them are going to be assembled by hand. 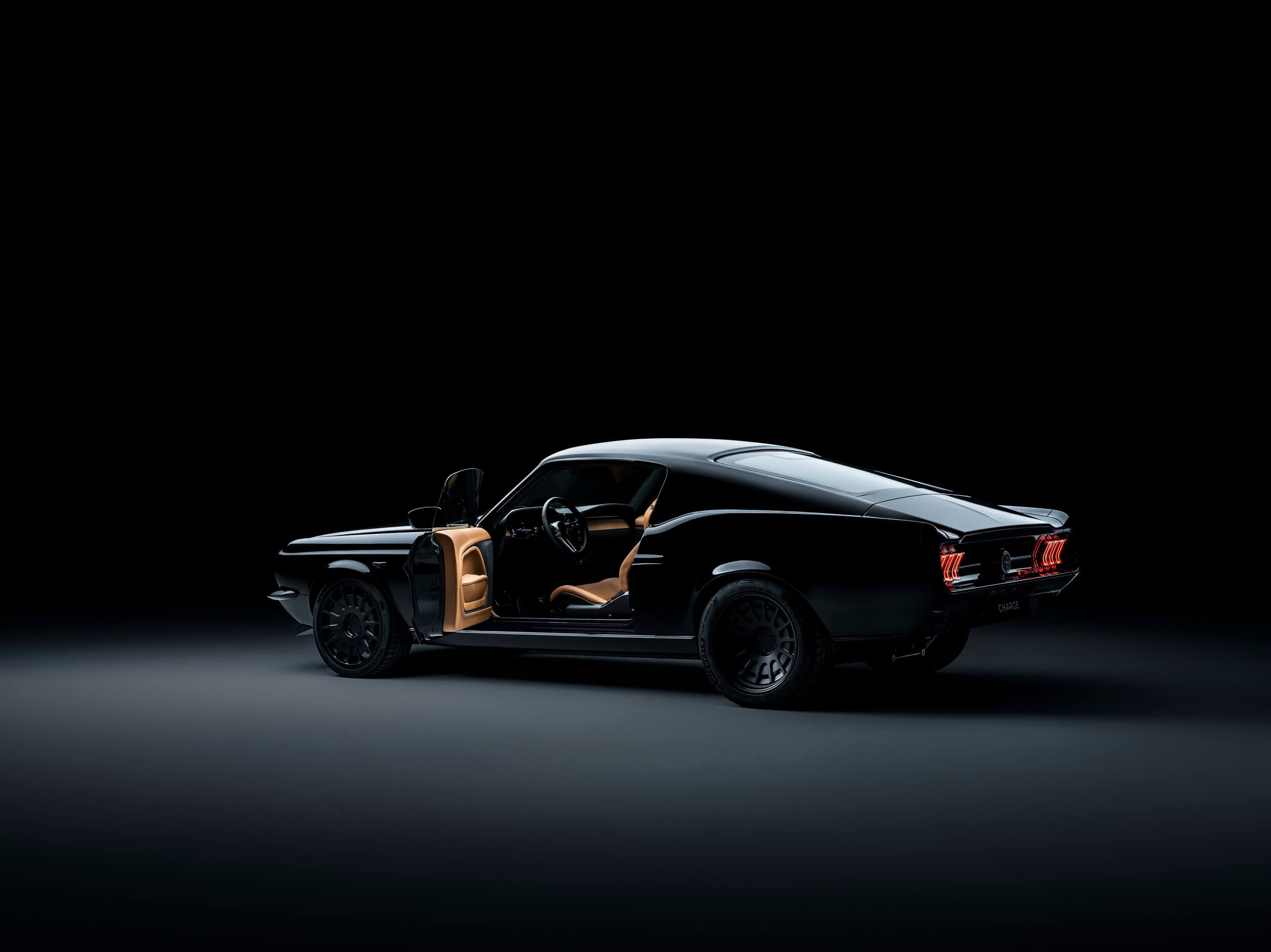 Aside from maintaining the Mustang’s classic lines and installing an electric powertrain, Charge Cars has overhauled the cabin. Dressed in cognac leather, the EV has sporty front seats with integrated headrests and a vintage-looking steering wheel featuring a metallic three-spoke design and few controls. Speaking of which, the number of physical switches and buttons has been kept down to a minimum.

It’s been done by integrating most functions into the giant vertical touchscreen akin to a Tesla. To keep up with the times, Charge Cars gave the Mustang a fully digital instrument cluster. It all looks and sounds rather lovely, but there’s just one issue – price. The Mustang EV is quite expensive, at £350,000, and that’s before you add options. At current exchange rates, you’re looking at approximately $460,000…