The electric BMW X1 likely won’t be unveiled until late 2022, but a few details are starting to come out. BMW has been testing the iX1 since November 2020, so it’s high time for the camouflage to drop. The FAAR-based crossover will look largely the same in ICE and EV flavors of the new BMW X1. A dedicated BMW page reveals today a few tidbits, such as a teaser image and the iX1’s codename – U11. By far the most important information is the maximum WLTP range of 413 to 438 kilometers (257 to 272 miles).

But these are not the final figures as BMW mentions they’re predicted values based on the vehicle’s current development status. Even so, we get a rough estimate of how much the iX1 will be able to travel before running out of juice. As with every other electric vehicle out there, range will depend on a number of factors. For example, the size of the wheels will negatively impact efficiency. In addition, the amount of equipment also matters since a fully loaded car weighs more and therefore it reduces range. With BMW estimating the iX1 will have an energy consumption of 17.3 kWh-18.4 WLTP, we can deduct the battery size. 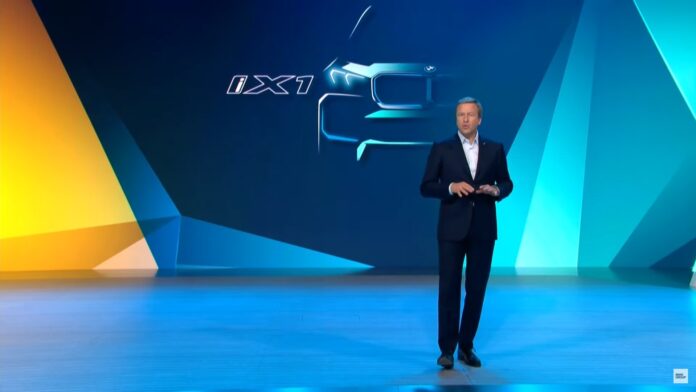 The BMW iX1 should carry a battery with a net capacity of approximately 70 kWh. As expected, the pack is slightly smaller than that of the iX3, which has a usable capacity of 73.83 kWh. The iX xDrive40 has a battery with a net capacity of 71 kWh while the upper trims have a 105-kWh pack. We’ve heard through the grapevine there will be a BMW iX1 xDrive30 with about 270 horsepower. It’ll draw its necessary juice from an 80-kWh battery pack taken from the iX3. The all-wheel-drive model will be joined by an eDrive20 with a front-mounted motor, believed to be borrowed from the MINI Cooper SE.

BMW will start iX1 production in November, so the first customer deliveries should take place in early 2023. It will be built in Leipzig, Germany alongside the mechanically related MINI Countryman.

Previous articleBMW i7 M Performance model: The most powerful 7 Series
Next articleCheck Out the Stunning Audi A6 Avant e-tron Concept