It’s the dawn of a new era for Lotus as the Eletre will go down in history as the very first production SUV from a company essentially known for its lightweight two-door sports cars. Developed from the ground up on a dedicated EV platform, the Tesla Model X competitor adopts an angular design combined with an avant-garde interior featuring generous screen real estate.

The sporty shape makes the Lotus Eletre look somewhat smaller than it actually is. We’re dealing with an SUV stretching at a stately 5,103 millimeters (201 inches) long that carries a long wheelbase measuring 3,019 mm (118.8 in). It’s 2,231 mm (87.8 in) wide with the conventional mirrors, but the width decreases to 2,135 mm (84 in) with the side cameras. Although its weight has not been mentioned, we do know the engineers made extensive use of aluminum and carbon fiber to shave off fat. In fact, all the black body parts are made from carbon fiber while the other panels are in aluminum. 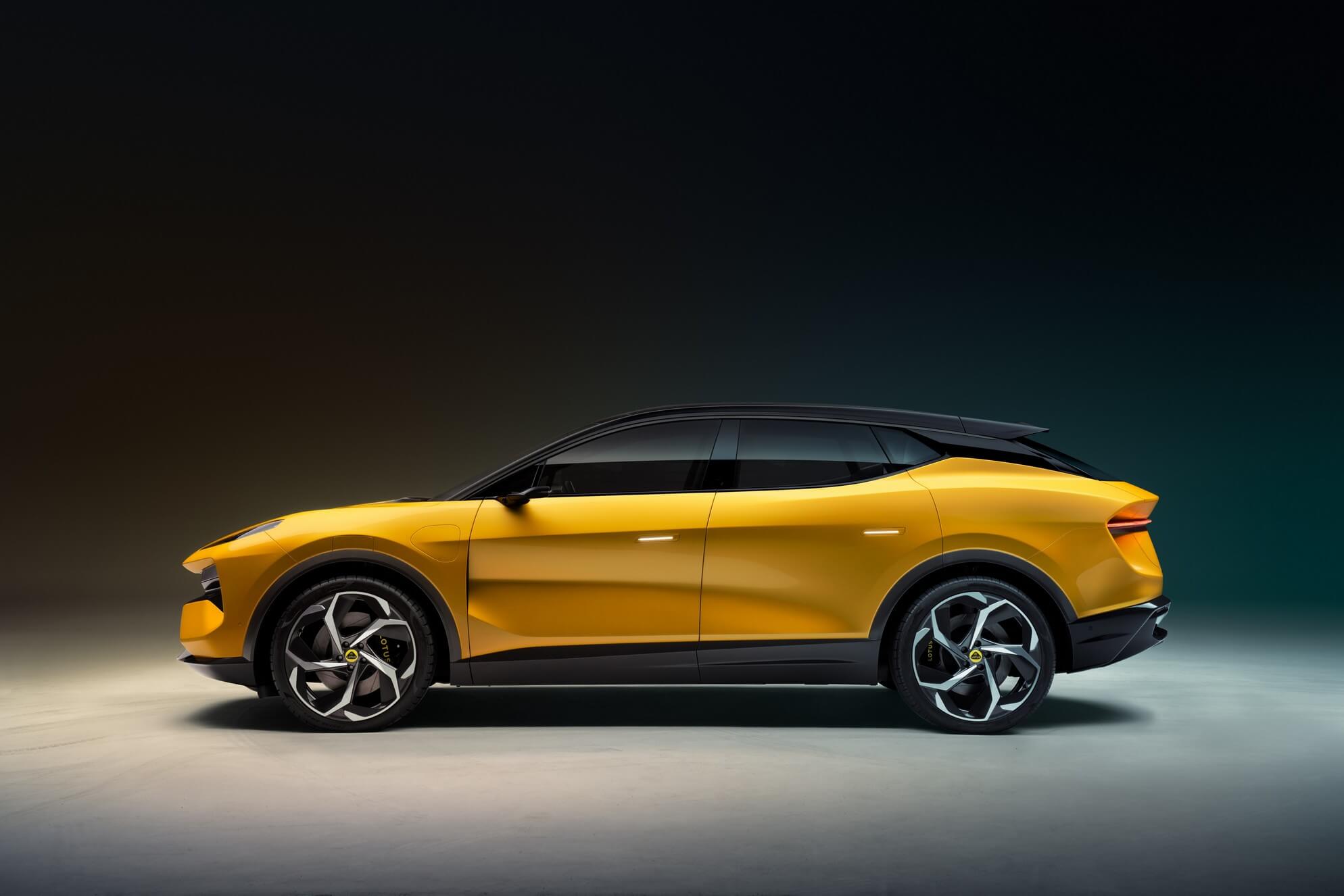 The swoopy SUV with its coupe-like roofline is the latest model to adopt a split headlight design with an upper LED strip for the daytime running lights. Speaking of design trends, the full-width light bar at the back is also a common occurrence in today’s car scene. The same can be said about the “floating” roof effect by painting all the pillars black.

Especially in this yellow shade, we’re getting the impression of a Lamborghini Urus silhouette or a four-door sports car on stilts. It certainly has the performance of a fully fledged performance machine by promising to hit 62 mph (100 km/h) in less than three seconds. It comes as standard with all-wheel drive courtesy of two electric motors. 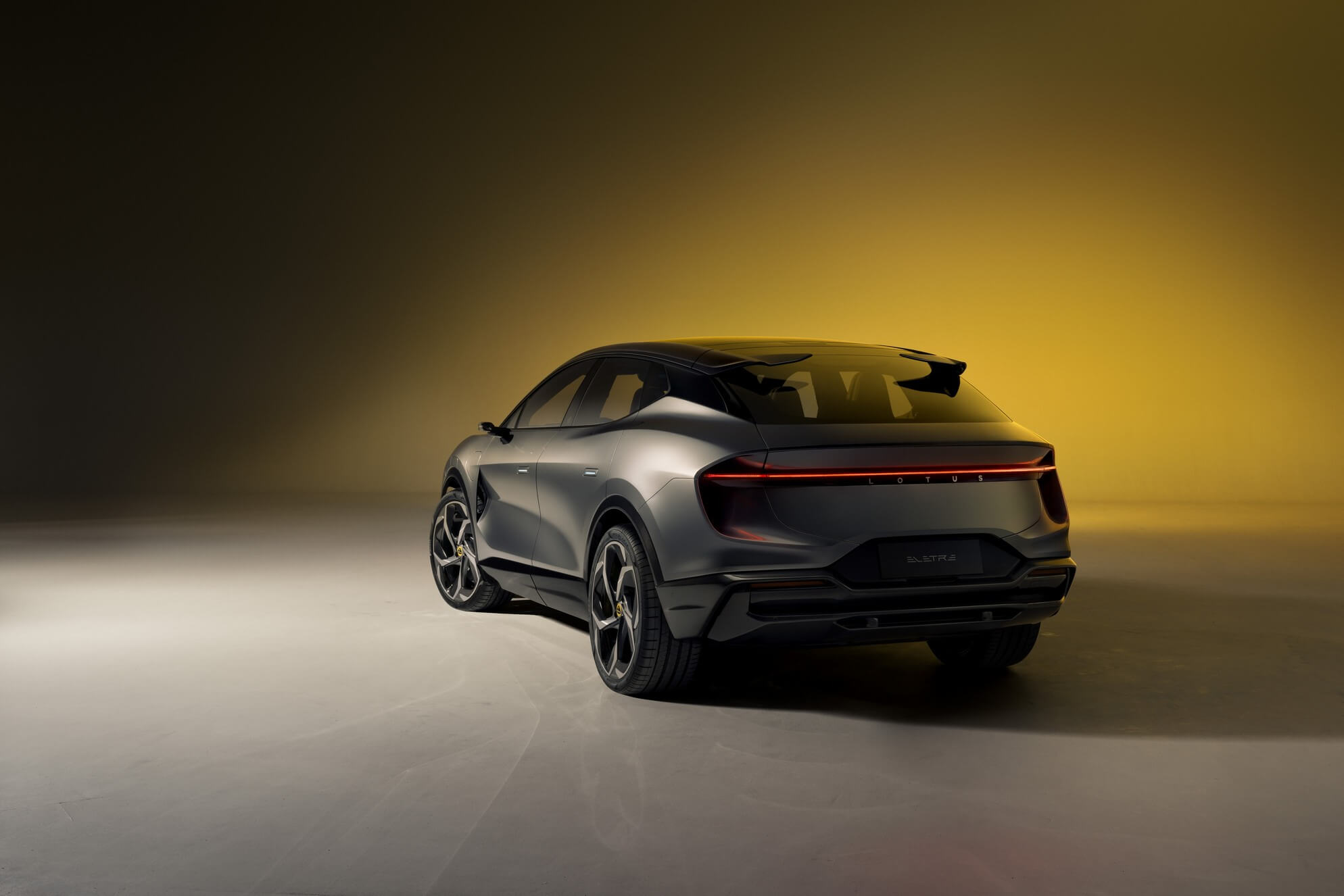 Lotus specifies power starts at 600 horsepower, which means it’s already cooking up hotter versions of the Eletre with more oomph. Another missing piece of the puzzle has to do with torque, which an educated guess tells us it’ll be significantly higher than the horsepower figure. In the case of the BMW iX M60, it packs 610 hp and a colossal 1,100 Nm (811 lb-ft).

The sleek SUV is equipped with a large battery featuring a generous capacity of over 100 kWh to enable an estimated WLTP range of 373 miles (600 kilometers). Once it’s depleted, the pack can be charged at up to 350 kW, which translates to 248 miles (400 kilometers) of range after only 20 minutes of charging. 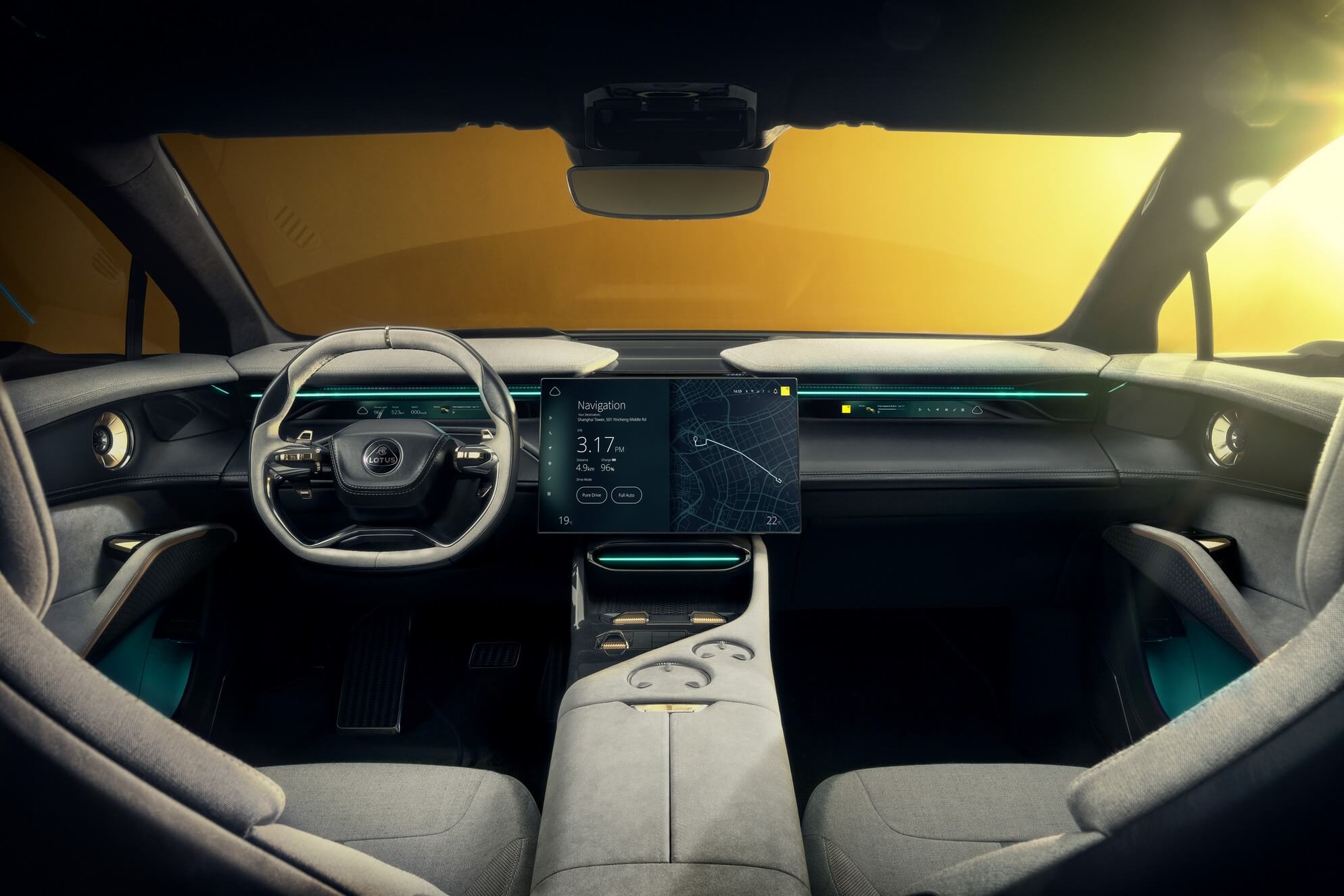 It’s by far the most technologically advanced car from Lotus thanks to an industry-first deployable Light Detection and Ranging (LIDAR) mounted above the windshield. Another tech highlight is the 15.1-inch tilting OLED touchscreen for the infotainment system, which can work together with a head-up display equipped as standard with augmented reality (AR). The traditional instrument cluster has made way for a slim digital screen just 30 mm (1.18 in) high where essential info is displayed and duplicated on the passenger side as well.

Lotus will fit the higher-spec Eletre with no fewer than 23 speakers as part of a premium sound system with 2,160 watts of power. The more expensive models also get a panoramic glass sunroof and 23-inch wheels with ceramic brakes featuring 10-piston calipers for superior stopping power. 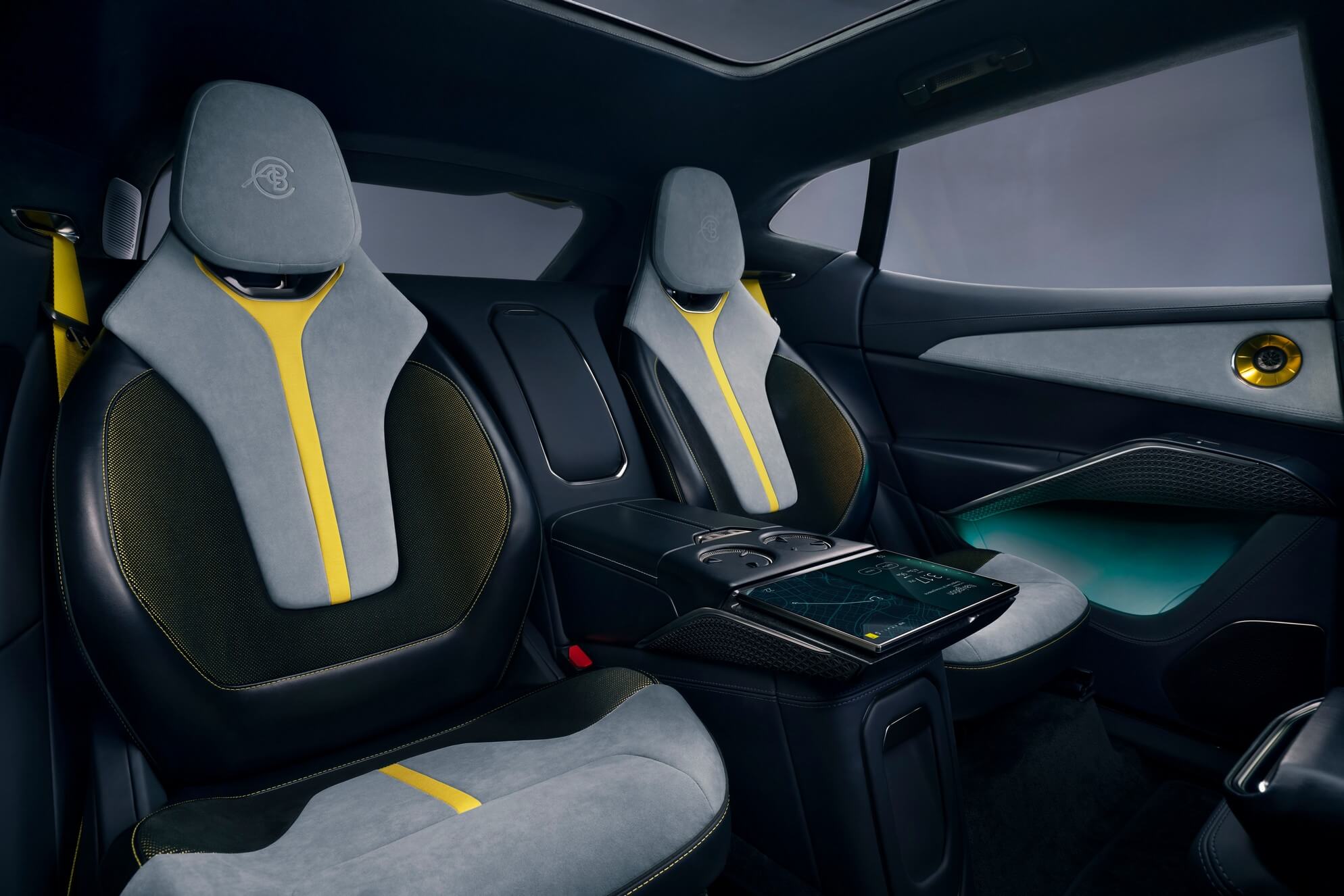 The zero-emissions SUV will be offered with a choice between four individual seats or a more traditional five-seat layout with a rear bench. Lotus mentions Eletre has been developed with everything from rear-wheel steering to an air suspension, not to mention torque vectoring, five-link rear suspension, and an active anti-roll bar. There’s even a dedicated off-road mode, not that many people will take their electric Lotus SUV off the beaten path.

Already available to order, the electric SUV will be built at a new factory in Wuhan, China. The first deliveries to customers are scheduled to take place next year in Europe, the UK, and China. Details about US availability will be disclosed at a later date.