Mercedes signaled its intentions towards launching a small electric passenger van in May 2021 when it unveiled the seven-seat Concept EQT. A few months later, the commercial variant debuted in production guise as the Citan and eCitan based on the Renault Kangoo. Today, the three-pointed star is announcing the passenger-oriented T-Class will break cover on April 26, with the EQT likely to follow at a later date.

For the time being, the German luxury brand is focusing solely on the T-Class powered by combustion engines. Logic tells us it too will be largely based on the French van, but with a more upscale interior and a premium exterior. Mercedes remains tight-lipped about the technical specifications, albeit we do know the Concept EQT was 4945 mm long, 1863 mm wide, and 1826 mm tall. 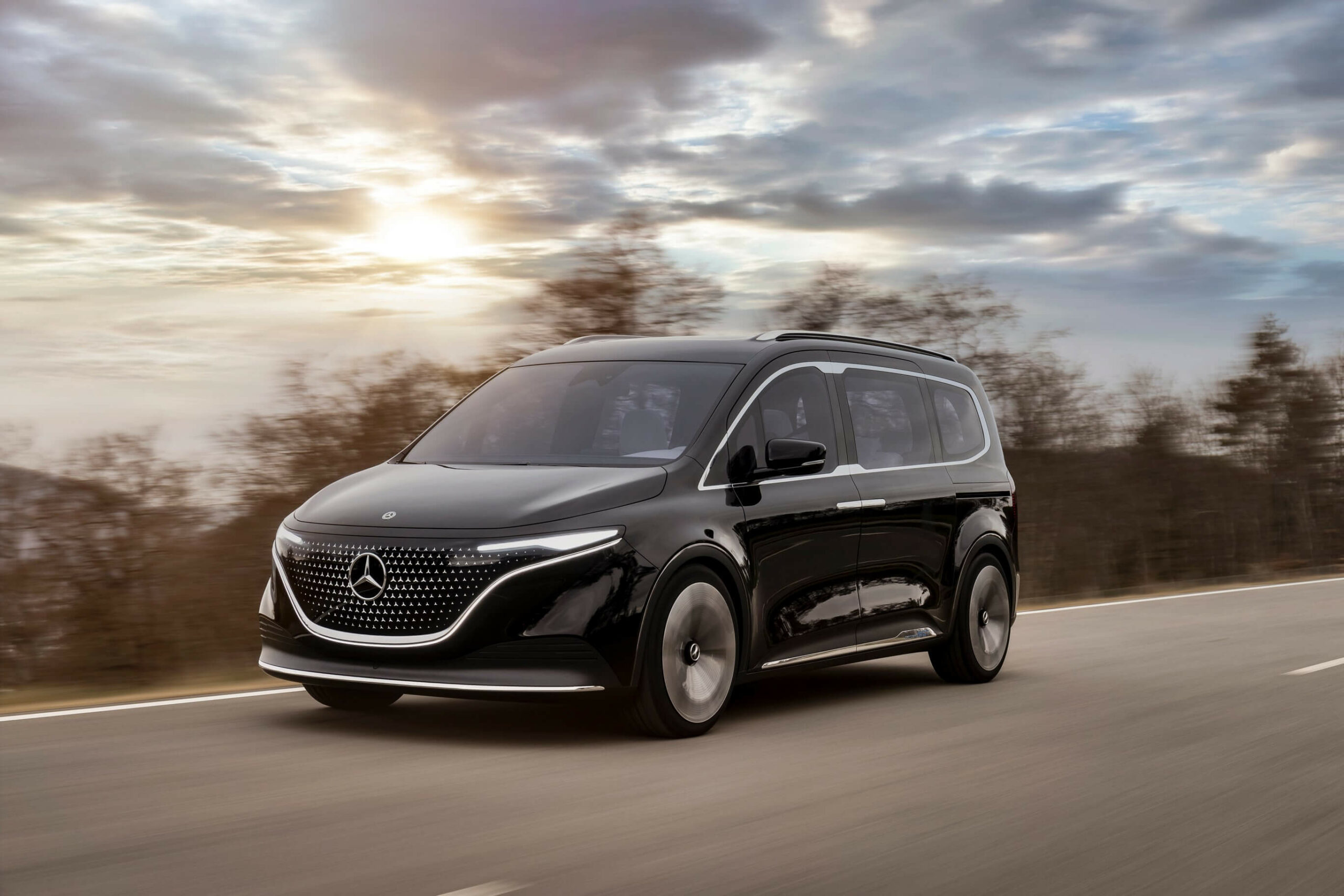 The all-electric van is believed to inherit the powertrain from the Kangoo Electric E-Tech where the e-motor pumps out 101 hp and 245 Nm (181 lb-ft). Renault sells its version of the workhorse with a small 45-kWh battery pack providing enough juice for 165 miles (265 kilometers) per the WLTP cycle. The production-ready minivan is unlikely to stray away too far from the donor vehicle.

Both the T-Class with its gasoline and diesel engines along with the electric EQT are going to be assembled in France at the same Stellantis factory where the Kangoo and Kangoo E-Tech Electric are manufactured. It looks as though the ICE-powered variants will be the first to go on sale since Mercedes’ teaser doesn’t mention the EQT at all. Even so, the zero-emissions MPV should land by the end of the year or early 2023.

Despite being based on a Renault, Mercedes pledges the T-Class / EQT will be fully fledged luxury vehicles, complete with the MBUX infotainment system. If the concept was any indication, the electric minivan will be a tad larger than the Volkswagen Caddy while offering practical sliding rear doors.