The 2022 BMW i7 xDrive60 made one of its first appearances in public at Lake Como in Italy. BMW’s all-new flagship has been completely redesigned inside and out to remain competitive against the latest Mercedes S-Class and its EQS electric alternative. The two German brands have taken different approaches as the 7 Series and i7 share the same platform.

As for the EQS, it rides on a bespoke electric platform, separate from that of the S-Class with its gasoline, diesel, and plug-in hybrid powertrains. For this reason, the two Mercedes models have their own visual identities and don’t even share the same body style considering the EV is technically a liftback. The BMW i7 features a more traditional design as the brand gradually transitions to electric vehicles. 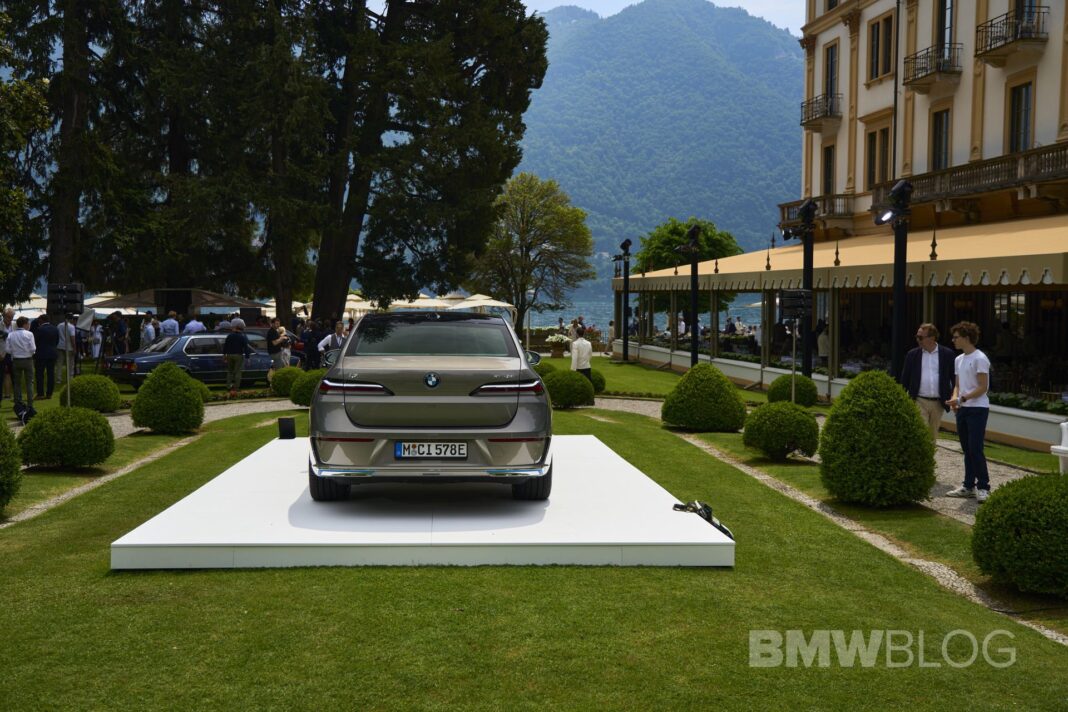 The 2023 i7 really is the 7 Series’ sibling since the two largely share the exterior design while having a borderline identical cabin. Depending on your tastes, that can be both a good and a bad thing. While the consensus is BMW knocked it out of the park in terms of the cabin, the styling has been polarizing thus far. 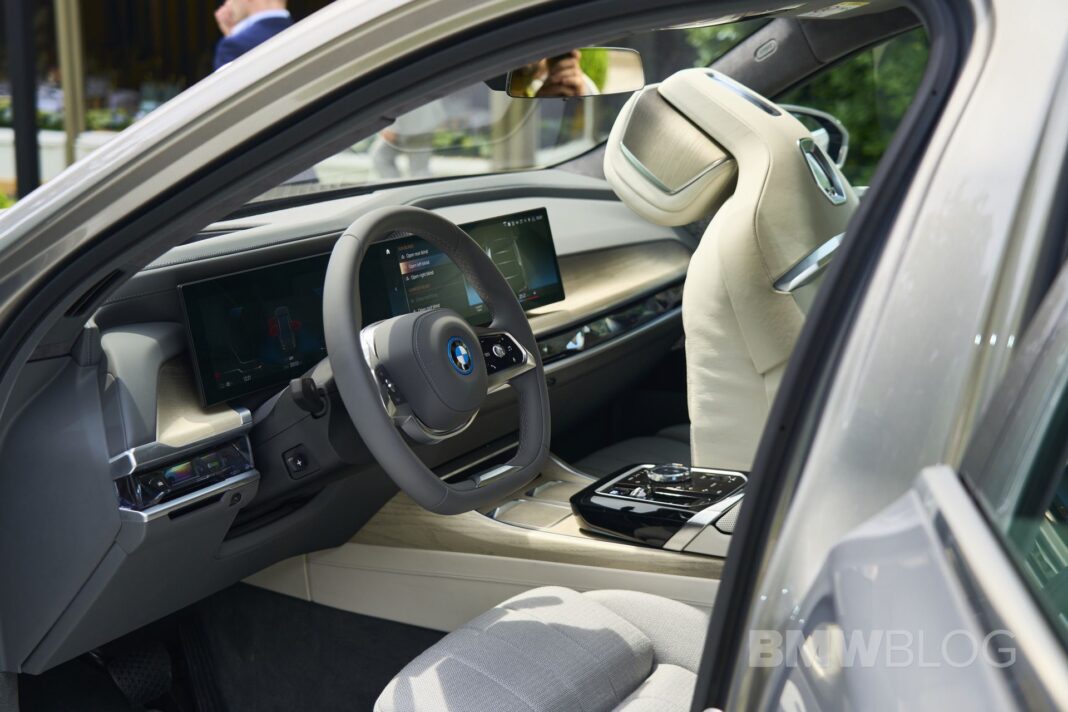 The BMW i7 xDrive60 is powered by dual electric motors, made using no rare earth materials at all. Maximum power output is 536 horsepower and 549 lb-ft of torque. According to BMW, 0-60 mph happens in 4.5 seconds and the i7 has a top speed of 149 mph. Those two electric motors, which provide torque-vectoring all-wheel drive, get their energy from a 101.7 kWh (usable) battery pack, which is said to be capable of up to 300 miles of range. That range figure is a BMW-estimated figure, based on EPA testing procedures.

There are more ways than ever to personalize the 7er, including two-tone paints available for €12,000 in Germany. With the G70, it seems the gap to the Rolls-Royce Ghost has decreased, especially since the new 7 Series now measures 5,391 millimeters (212.2 inches). Since we mentioned the ultra-luxury brand from Goodwood, the 2023 7 Series / i7 also gets automatic doors.