The first-ever electric Rolls-Royce is finally here. The British luxury maker unveiled today the Rolls-Royce Spectre, a highly luxurious super coupe which goes on sale in 2023. It’s natural to assume that the Rolls-Royce Spectre is just an all-electric Wraith replacement. The Wraith was Rolls’ previous two-door GT car and now that it’s gone, the Spectre is Rolls’ two-door GT car. However, it seems that the two cars will have different flavors, aside from the different powertrains. While the Wraith was very much like a two-door Ghost, the Spectre seems like it’s own unique car with its own unique character. 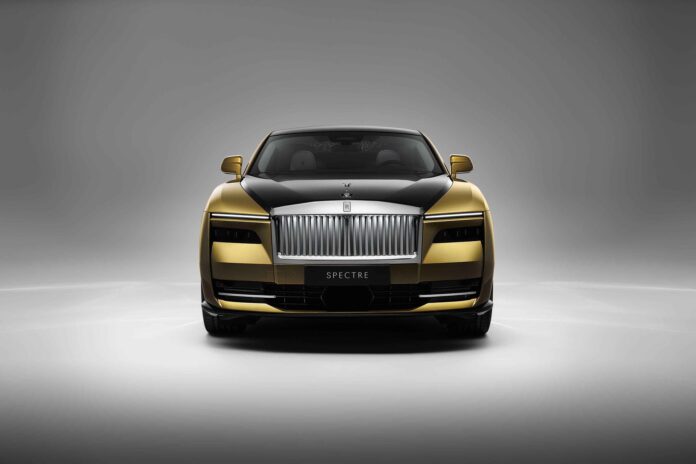 Its split headlights, ultra-slim upper headlights, and far shorter Pantheon grille are all drastically different than the Wraith’s. However, in profile and from the rear, the Spectre looks like an updated, sharper, sleeker version of the Wraith. There are some nice unique touches, though. For instance, the shoulder line is crisp and looks sporty, its window trim is sharp, and its front end seems to be a bit shorter and lower, due to not having a V12 under hood.

See also  BMW: "i3 Is Being Retired Because Customers Want Bigger Electric Cars"

The new Spectre is built on the brand’s all-aluminum Architecture of Luxury platform. It’s a flexible platform, designed to accommodate either internal combustion or electric powertrains, and it’s both lightweight and stiff. In fact, due to the battery tray being integrated into the floor of the chassis, the Spectre is 30 percent stiffer than any previous Rolls-Royce. Interestingly, the battery also acts as 700 kg of sound insulation, making the car even quieter inside.

Replacing the old 6.75-liter twin-turbocharged V12 is a pair of electric motors. Rolls doesn’t have any official power figures just yet, as the powertrain is still being refined. However, the current prediction from Rolls is that the Spectre will make 577 horsepower and 664 lb-ft of torque. The initial performance estimate is a 0-60 mph time of 4.4 seconds. 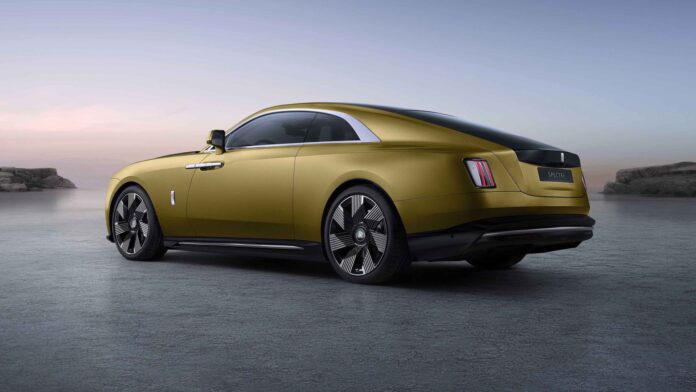 But the important bit is range. How will customers respond to have a bit less convenience with the Spectre than any other previous Rolls? Its battery pack should provide around 260 miles of range, which isn’t horrible but it isn’t great, either. That range estimate is with 23-inch wheels and with its 6,559 lb curb weight. Will Rolls customers being okay with being on a 130 mile leash, lest they wait 30 minutes to charge up in public? It’s going to be interesting to see how customers handle this.

Like with the new Ghost, the Spectre will have Rolls’ Planar suspension setup, which can read the road ahead and prepare the suspension for bumps ahead of time. It can also decouple the anti-roll bars, which allows the wheels to move independently of each other. Not only does that remove the twitchiness of stiff anti-roll bars on the highway but it also improves ride quality. 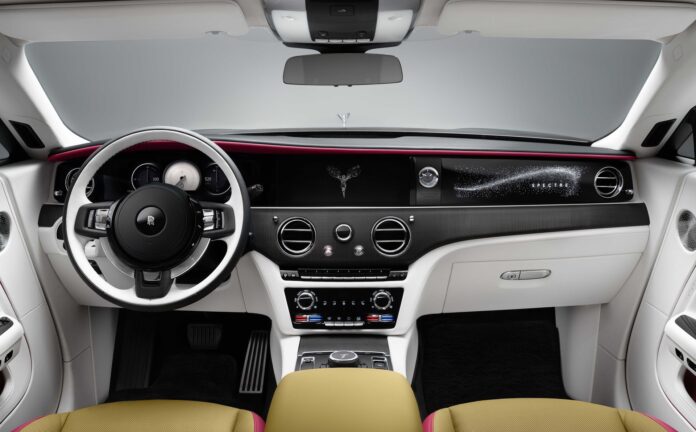 Rolls-Royce says it’s still testing the powertrain to get its power figures and refinement finalized. Though, don’t expect to see any definitive answers any time soon. Rolls claims it will have official figures before its market launch in Q4 2023.