What is the difference between the BMW i3 and the BMW i3s?

The i3s is BMW’s Sport Edition of the i3 which debuted as a 2018 with the mid-cycle update of the electric car. The i3s enhancements include the trifecta of increased power, improved handling, and a more athletic appearance.

The BMW i3s models have a lowered and wider stance as well as unique wider 20-inch wheels with performance summer tires. Visually the i3s is most easily identified by its gloss black wheel arch molding, unique front, rear clips and i3s badging. 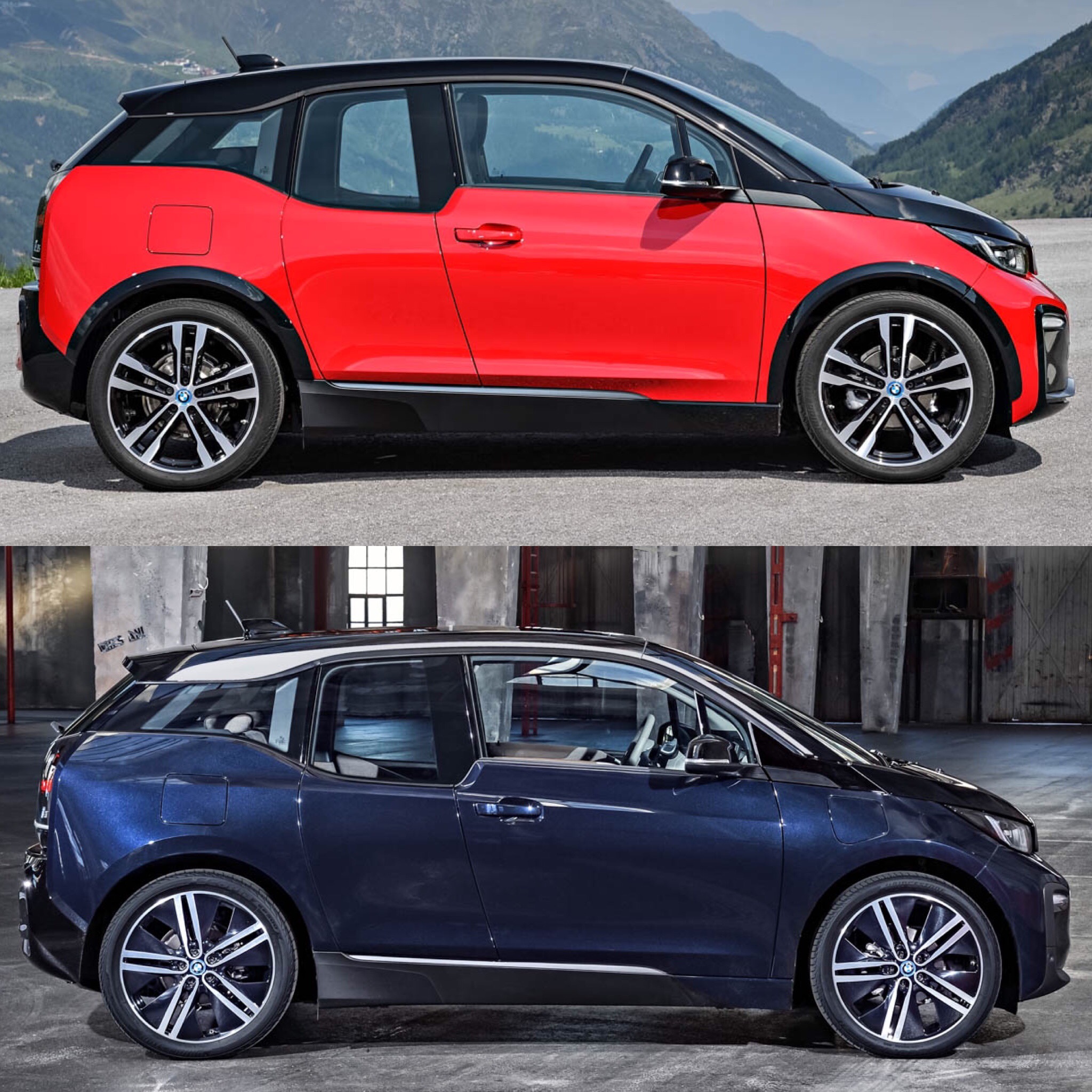 For the interior, really the only changes for an i3s are a new Sport button on the center console driving style switch and i3s on the floor mats. Unlike other BMW Sport editions, there is no M sport steering wheel, no sport seats, no special instrument cluster, no different gear lever or different headliner.

Think about that, a button and floor mats. Not your typical BMW sports package, but then again BMW i is its own division of BMW. 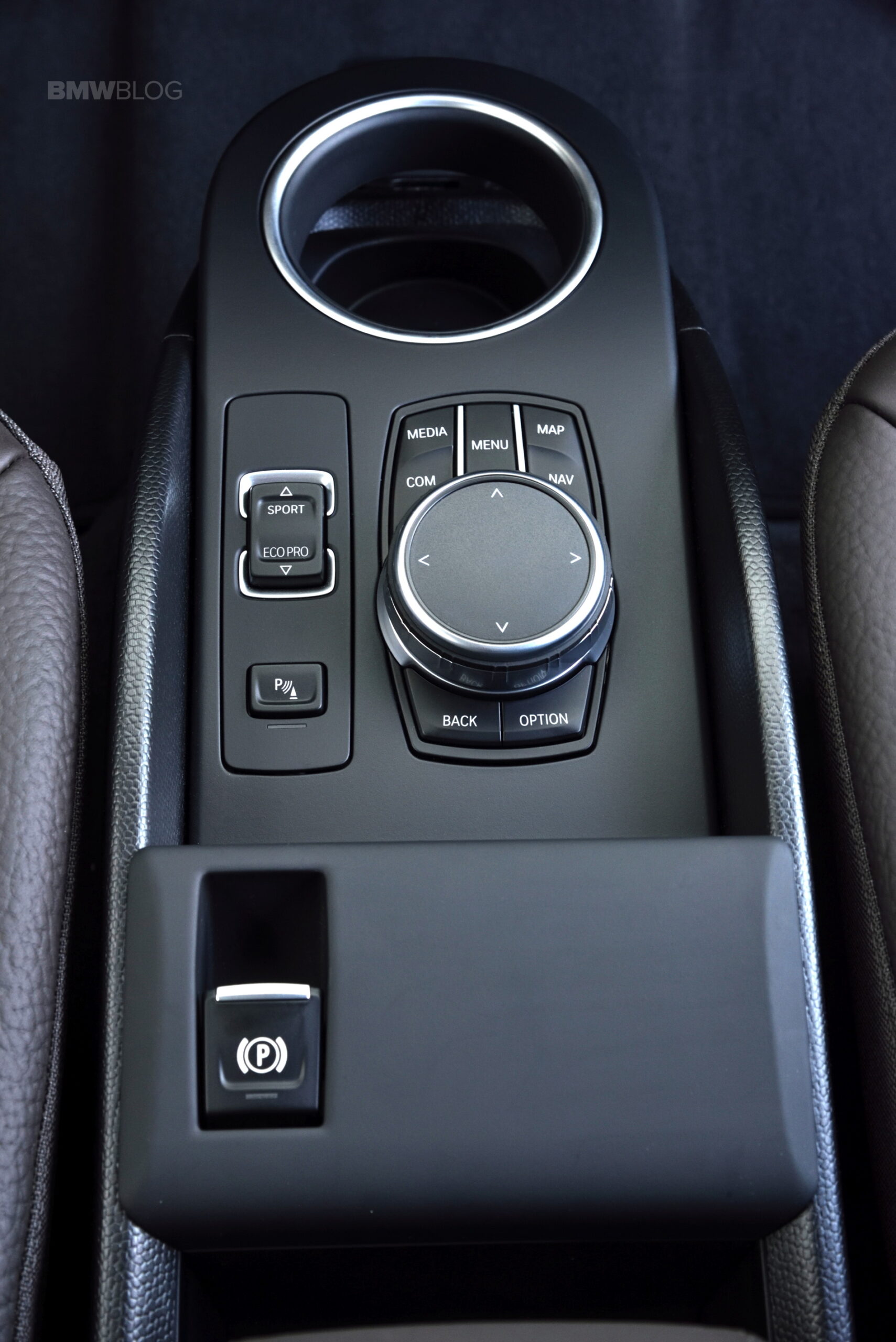 The biggest change compared from the base BMW i3, however, is best experienced from the driver’s seat. The handling of the i3s is just miles better than the original BMW i3 which could sometimes have handling that was described as tipsy.

BMW improved the handling of the i3s by increasing the track by 40mm, lowering the ride height by 10mm, by using a bespoke suspension and 20mm wider 20” tires.

BMW tuned the i3s with dedicated springs, dampers and anti-roll bars. The base i3 could easily get blown around on the highway in crosswinds. The new i3s suffers none of this. The ride is firm but not harsh in normal daily driving.

To gain more horsepower, BMW changed the programming of the regular i3 motor and was able to have it make 11 more horsepower and 15 lb-ft more of torque. The BMW i3s also has a higher top speed of 99 mph compared to 93 mph.

The rated range surprisingly doesn’t take a hit though as both have an EPA rated range of 153 miles. This is a reflection of the fact they both use the same battery pack, same motor and weigh nearly the same. The equal range rating assumes you can keep yourself out of sport mode and foot out of the throttle.

See also  Audi confirms it will become an EV-only brand in 2033, but not in China

This though is a big assumption because the i3s is a literal blast to drive. 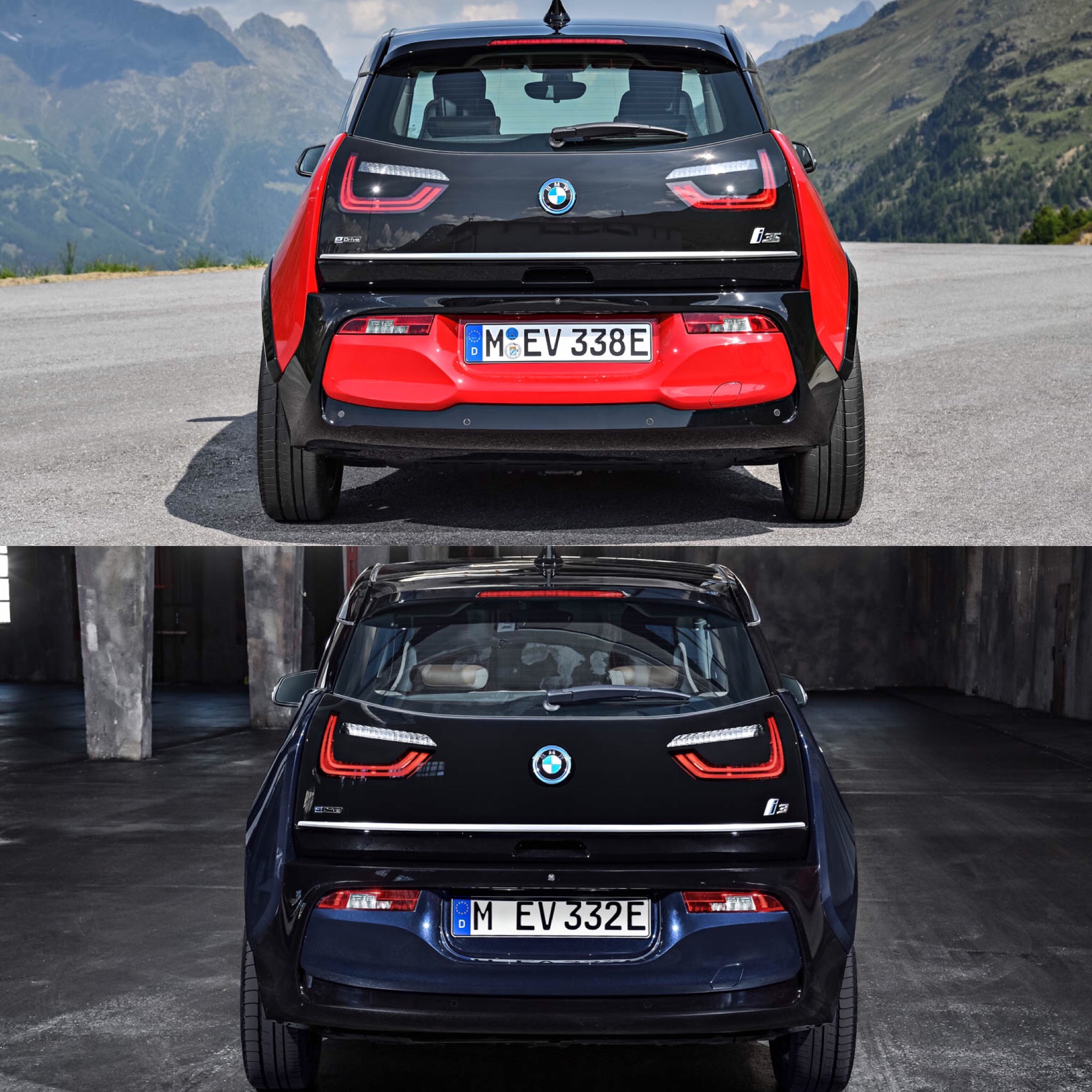 BMW does offer a Range Extender for both the i3 and the i3s where an onboard 700cc gasoline-powered generator can stretch the range up of the new i3s to 200 miles.

Given the pure electric versions now go 153 miles versus the original i3 with 80 miles on a charge, I really don’t find the i3 Range Extender as necessary. To me, the i3 REx made much more sense with the 22 kWh battery pack of the 2014-2016 i3.

In fact, BMW no longer offers the REx version in Europe.

See also  James Dyson: Here is what my electric car would have looked like

An interesting option that is missing from the i3s is BMW Parking Assistant. This option allows the i3 to locate a suitable parallel parking spot, informs you and then will parallel park the i3 on its own. I demonstrate this in the video here at the 2:30 mark.

We had a 2014 BMW i3 for three years and had this option. I actually loved it. Granted the i3 is one easiest cars to park given its small size and great turning radius.

The reason the i3s does not have Parking Assist is that the wheel arch flares cover over where the ultrasonic sensors are on the regular i3.

Less than $2,000 for improved performance and handling in addition to unique looks make it one of BMW’s best bargains. It is such a great bargain, that I got one in 2018 when the i3s first came out and we still love.

Previous articleTop 10 Countries for Cybertruck Pre-Orders
Next articleWhat’s it like to Autocross the BMW i3?