Back in the 1950s, when the original Mini first debuted, it was a masterclass in packaging. Somehow, Sir Alec Issigonis was able to carve out a cavernous interior from a car with the same footprint as most shoes. So it’s only fitting that MINI has now developed a concept car that prioritizes and maximizes interior space for the upcoming autonomous future — the MINI Vision Urbanaut.

“The MINI brand has always stood for ‘Clever Use of Space’. In the MINI Vision Urbanaut, we extend private space far into the public realm, creating completely new and enriching experiences,” explains Adrian van Hooydonk, Head of BMW Group Design. 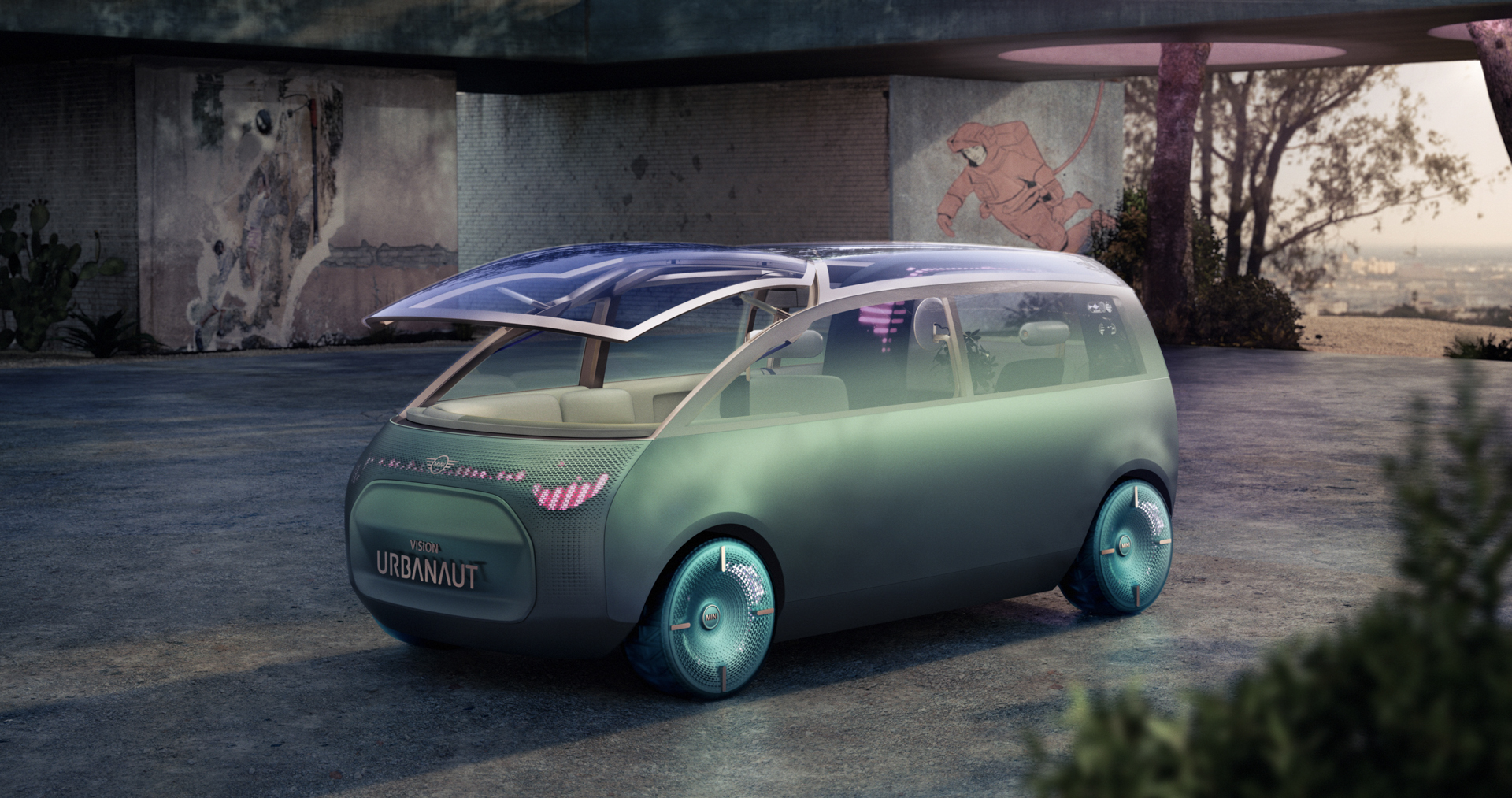 The Mini Urbanaut ditches the brand’s typical go-kart racing shoes and replaces them with hemp sandals. There are three different “Moments” that the car provides; “Chill”, “Wanderlust”, and “Vibe.” These moments are essentially comprehensive driving modes that are designed to put passengers into different moods.

In “Chill”, the car becomes a relaxing pod, so that its driver can work peacefully or just sit and have a cup of kombucha tea on the way to work, as the car drives itself entirely autonomously. “Vibe” is designed to focus on passengers and letting them hang out with each other in the living room-like environment, presumably while playing banjos. “Wanderlust” mode is the only mode in which the MINI Urbanaut is actually driven by the driver, though it can still use automated driver aids to assist the driver. 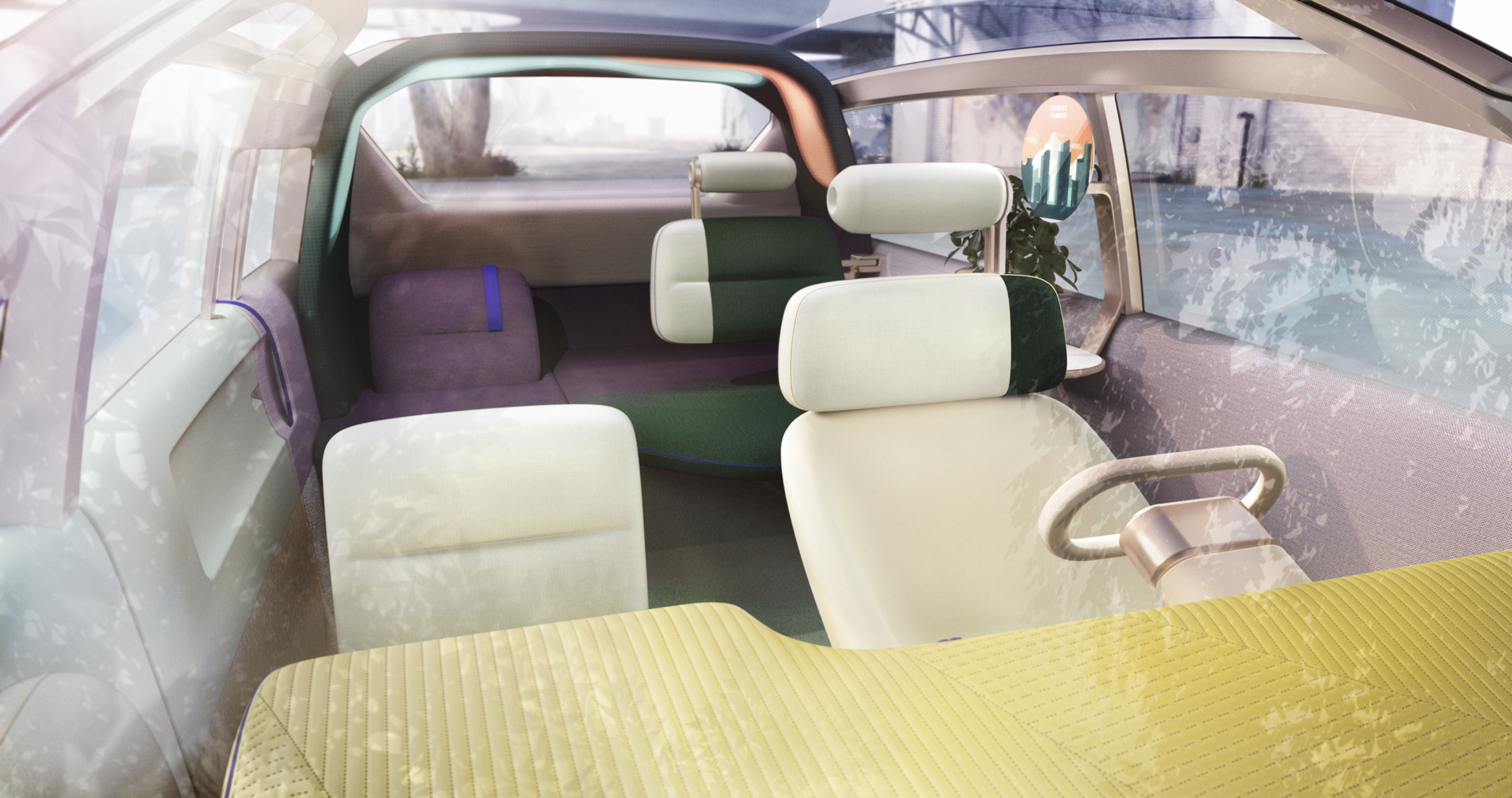 These different Moments are selected by placing the MINI Token, which is roughly the same size as a “worry stone” (that’s seriously what the press release said), into one of the designated slots on the dashboard. Because, ya know, buttons weren’t complicated enough. You can even customize your own MINI Moment, in which everything from the ambient lighting, seat position, driver aids, and music can be personalized. 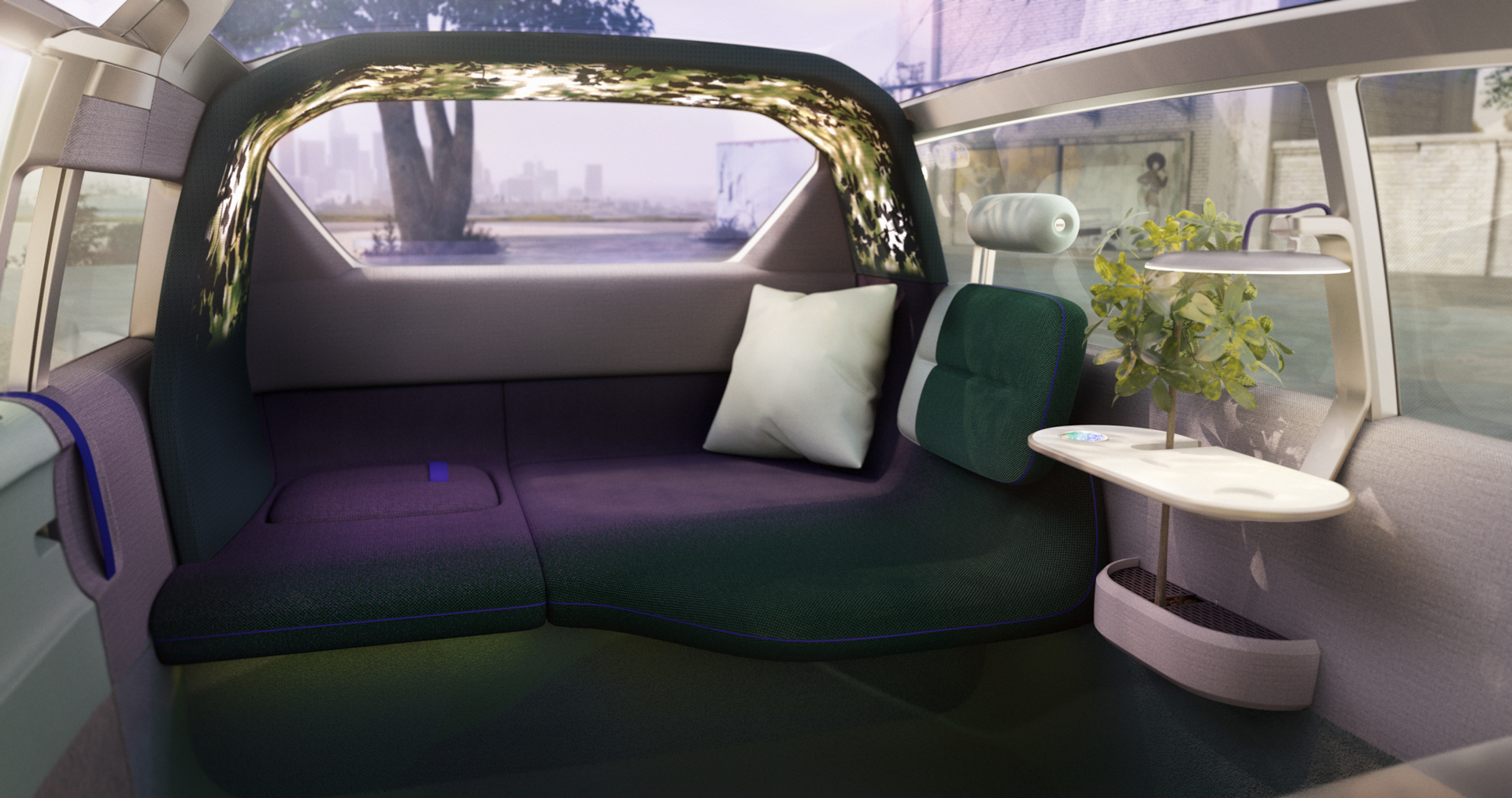 Speaking of its interior, there are a few different configurations for the four seats inside the MINI Vision Urbanaut. The front seat can not only swivel around to allow the “driver” to converse with other passengers but, while stationary, the entire dashboard actually lowers to become a little bench. MINI calls this the “Daybed”. Adding to the Daybed, the entire windshield pops open, upwards like a canopy, to create what MINI calls the “Street Balcony”. But wait, it gets better. In the back, there’s a little bed-like seat that’s apparently called the “Cozy Corner”. Said Cozy Corner also features a textile-covered “Loop”, which is essentially an LED backlit arch that extends over the seat, for reading about how to DIY sustainably-sourced beaded seat covers. 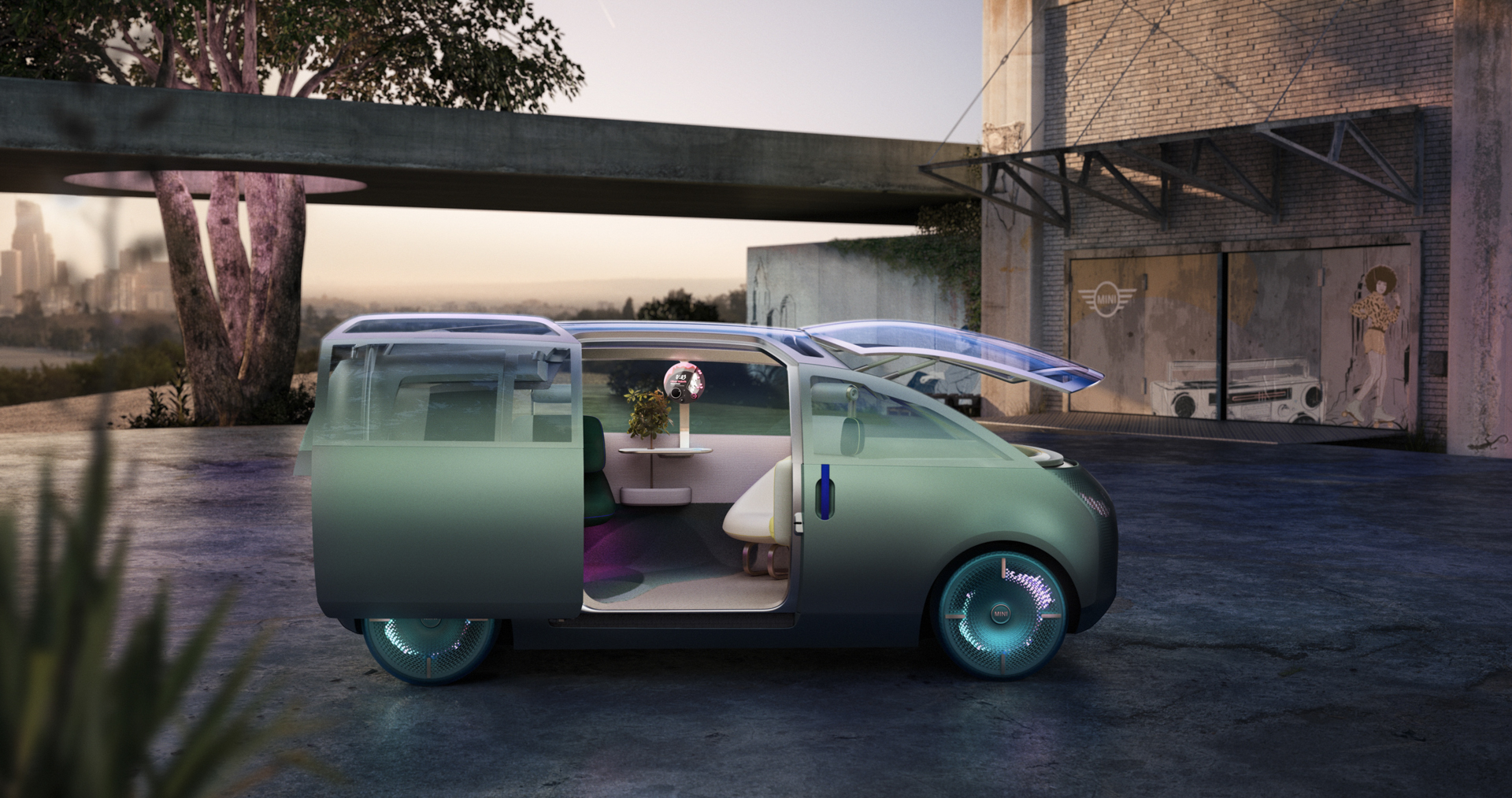 If you think the BMW iX is too far of a departure from its traditional brand values, the MINI Vision Urbanaut is going to give you heart palpitations. Nothing about the exterior, interior or driving dynamics of the Vision Urbanaut even semi-resemble the MINI brand. Honestly, you could slap KIA badges on this and it would look completely normal. It looks nothing like a MINI, except for some vague headlight similarity, nor does its interior have any resemblance to a MINI, either.

Of three driving modes, only one allows a human being to drive and, even then, it’s not going to be fun. The MINI Vision Urbanaut, if put into production, would be the tallest MINI ever made and the first MINI van (pun unintended). So it’s not going to have that traditional go-kart MINI feel.

Despite rolling my eyes so hard I was able to examine my cerebral cortex at least four times while reading the Urbanaut’s press release, it’s actually a genuinely interesting design study in the future of the automobile. However, it’s the most un-MINI-like concept car we’ve seen from the brand thus far.