Folks, it’s finally happening. Four years have passed since Volkswagen introduced the ID. Buzz concept and we now have a much-expected reveal date. Company head honcho Herbert Diess took to Twitter to announce the road-going electric van will break cover on 03/09/22. Unless you’re from the United States, the rest of the world would read this date as September 3, 2022.

However, that’s not actually the case. Even though the 63-year-old executive was born in West Germany and has Austrian nationality, he inexplicably decided to use the US date format where the month comes first and then the day of the month. Maybe the post on Twitter was published by someone residing in the US or Diess simply had a social media faux pas. What matters the most is the production-ready ID. Buzz will break cover on March 9, 2022.

Confusing date format aside, the Buzz will be offered in both passenger and cargo configurations in Europe from later this year. North America will only get the people-oriented model with a long wheelbase. As with all the other ID-badged Volkswagen models before it, the new EV will ride on the MEB platform and should be offered with standard rear-wheel drive. More expensive ones will have a front-mounted electric motor as well to enable AWD.

As previously reported, the zero-emission Microbus will be assembled in Hannover, Germany in two wheelbase lengths for the passenger model. If the ID.5 GTX is any indication, the top-spec model should offer somewhere in the region of 300 horsepower. A camper version dubbed California has already been confirmed, much like a ride-hailing variant.

With the Buzz premiering on March 9, chances are VW is organizing a dedicated event for its newest EV considering the Geneva Motor Show won’t take place this year. Sales on the Old Continent should kick off in the latter half of 2021. 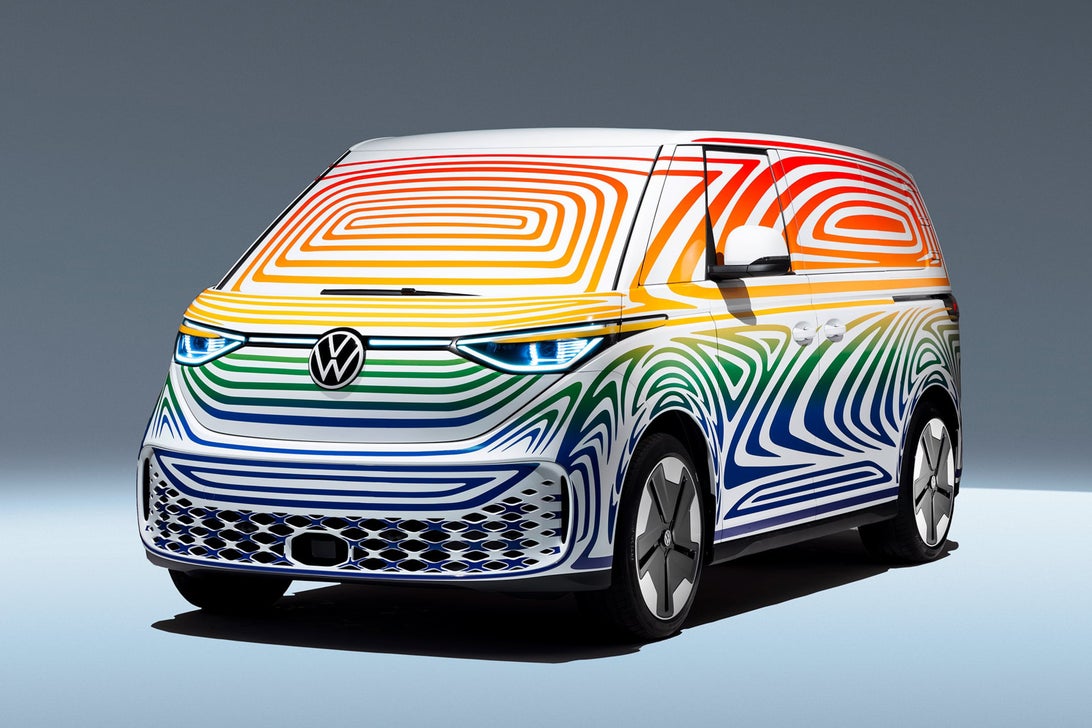