The coronavirus pandemic has been canceling auto shows left and right since the start of 2020, but the situation in China is slowly getting back to normal, hence why the Shanghai Motor Show is still taking place. Programmed to start on April 19 with the first press day and end on April 28 with the last public day, the event will serve as the venue for a new electric concept car from Toyota.

It doesn’t have a name yet, but we do know it will take the shape of a midsize SUV and will ride on the company’s newly developed e-TNGA architecture. Developed from the ground up exclusively for electric vehicles, the platform has been designed to accommodate a variety of lengths, widths, heights, and wheelbases, thus giving engineers a lot more freedom during the development phase. 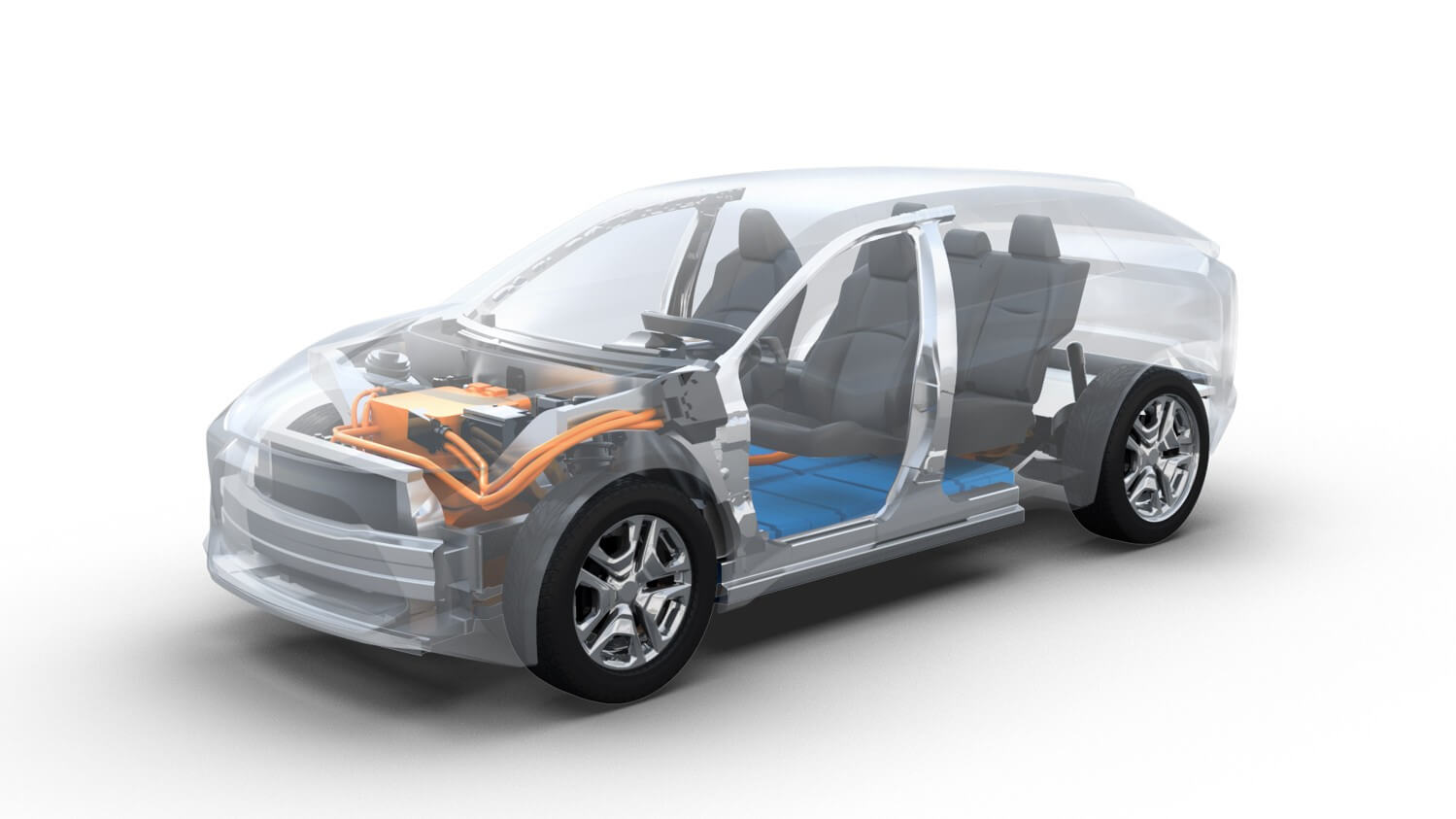 Toyota has previously mentioned e-TNGA is flexible enough to suit different types of batteries and electric motor capacities, not to mention support front-, rear- or all-wheel-drive drivetrains. The Japanese automotive giant says these are ingredients for an array of new vehicles that will be “exciting to drive and stylish in appearance.”

The model in question is believed to be roughly the same size as the conventionally powered RAV4, which is already offered with a plug-in hybrid powertrain for the range-topping RAV4 Prime trim level with 302 horsepower on tap. The electric midsize SUV is being co-developed with Subaru, which will get its own version believed to be called “Evoltis.”

A smaller crossover is also being worked on, this time around with the help of Suzuki and Daihatsu. Toyota is also planning a large SUV, a midsize crossover, a sedan, and even a minivan – all of which will be purely electric and engineered on the e-TNGA platform. These will join the Mirai hydrogen fuel cell sedan, currently in its second generation and available only in select markets.

With Toyota only unveiling the concept version of its new electric SUV, it likely means the production version is at least one year away from hitting the market. Beyond the six dedicated EVs mentioned above, there are plans for additional zero-emissions models, likely based on platforms originally developed for cars equipped with combustion engines.