Today’s digital event organized by Volkswagen was mostly about the ID.4 GTX, a high-performance derivative of the compact electric SUV. However, towards the end of the event, the peeps from Wolfsburg briefly put the spotlight on another upcoming electric vehicle. The ID.5 was shown for the very first time as a coupe-styled derivative of the ID.4, but all covered up since the world premiere will take place later this year.

VW also confirmed the ID.5 will also spawn a go-faster GTX version with a dual-motor setup providing 295 horsepower and all-wheel drive. As a matter of fact, the camouflaged vehicle featured in the teaser video depicts the GTX model judging by the three vertical lights and the swanky 3D-esque LED taillights. The colorful disguise will come off towards the end of 2021 when the big debut is scheduled to take place. 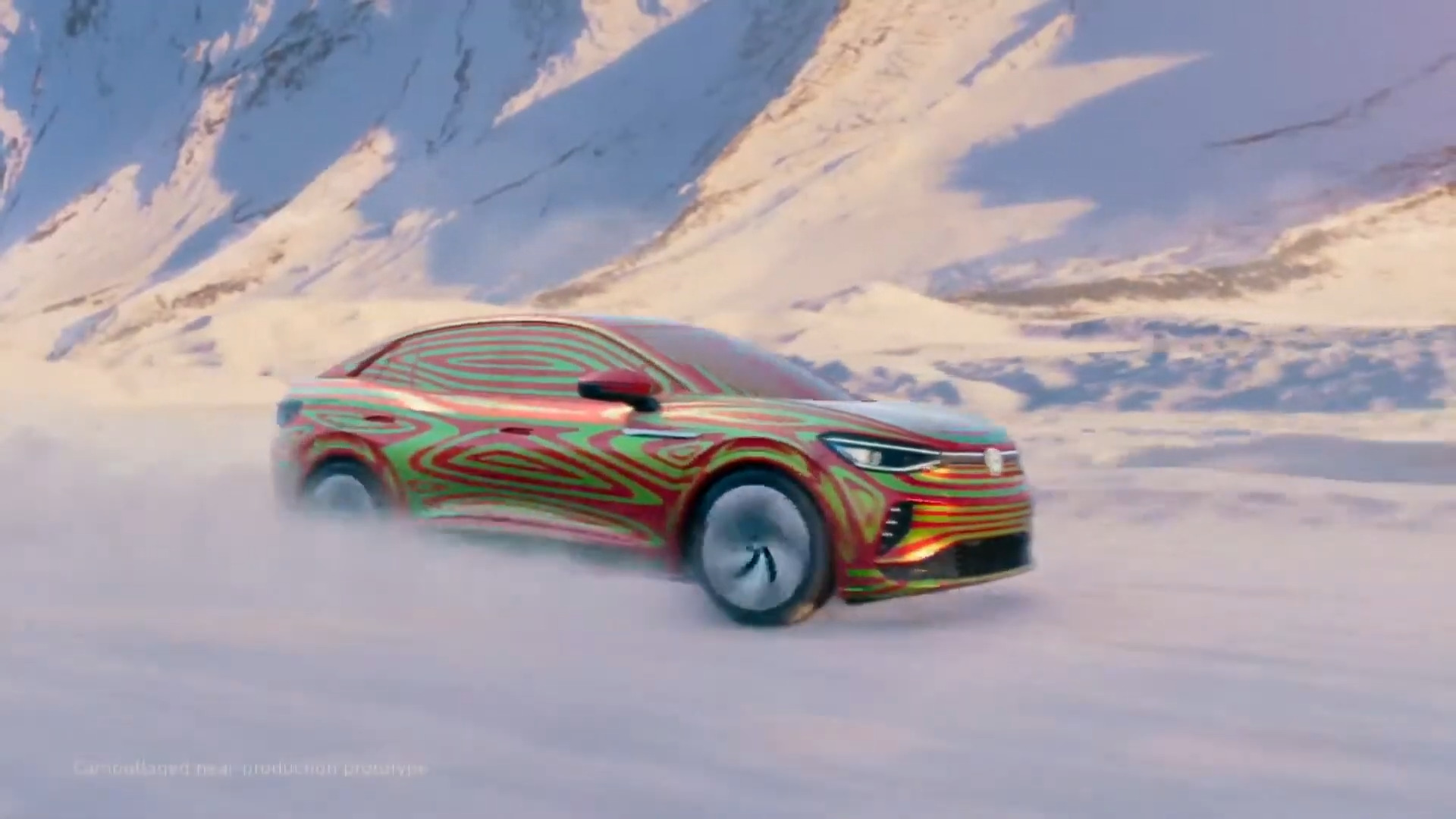 Essentially, the ID.5 will be a sister model of the Audi Q4 Sportback E-Tron and the upcoming Skoda Enyaq iV Coupe. It won’t be a true coupe since we’re still dealing with a five-door SUV, but the more sloped roofline will give it a coupe-like side profile. The sportier silhouette is likely to eat into the available rear headroom and/or the cargo capacity, but that’s a sacrifice some will accept to make for the sake of added style. That said, the latter part is subjective since not all people are fans of the coupe-SUV mashup.

If history has thought us anything it’s that the base rear-wheel-drive ID.5 with 201 horsepower will be more expensive than the equivalent entry-level ID.4, and it will be the same story with the hotter GTX. The teaser campaign is starting today, so we should hear more about the next member of the ID family in the coming months.