It was more than three years ago when Rimac Automobili took the Geneva Motor Show by storm with the unveiling of the C_Two. The all-electric hypercar debuted in Switzerland as a concept with a quad-motor setup, all-wheel drive, and a whopping 1,914 horsepower. Fast forward to mid-2021, the Croatian niche marque is about to pull the covers off the production version.

The official premiere will be taking place on June 1 when the high-performance EV is going to be unveiled with a fresh new name. The first year of production has long been sold out and the plan is to limit the fully electric two-seater hypercar to just 150 units overall, much like another EV exotic – the Pininfarina Battista.

With the final version of its second production car, Rimac promises to deliver “more extreme performance, new official name, immersive features, extraordinary technology, and exceptional engineering.” There’s a lot riding on the $2-million C_Two considering it has some amazing technical specifications to back up, promising (at least in concept form) a 0 to 62 mph (100 km/h) acceleration in less than two seconds and a top speed of 258 mph (412 km/h).

The concept featured a large 120-kWh lithium manganese nickel battery with a maximum range of 550 kilometers (342 miles) in the WLTP cycle. With a near-instant torque of 2,300 Newton-meters (1,696 pound-feet), the electric hypercar should be an absolute beast, achieving a quarter-mile time of just 9.1 seconds. 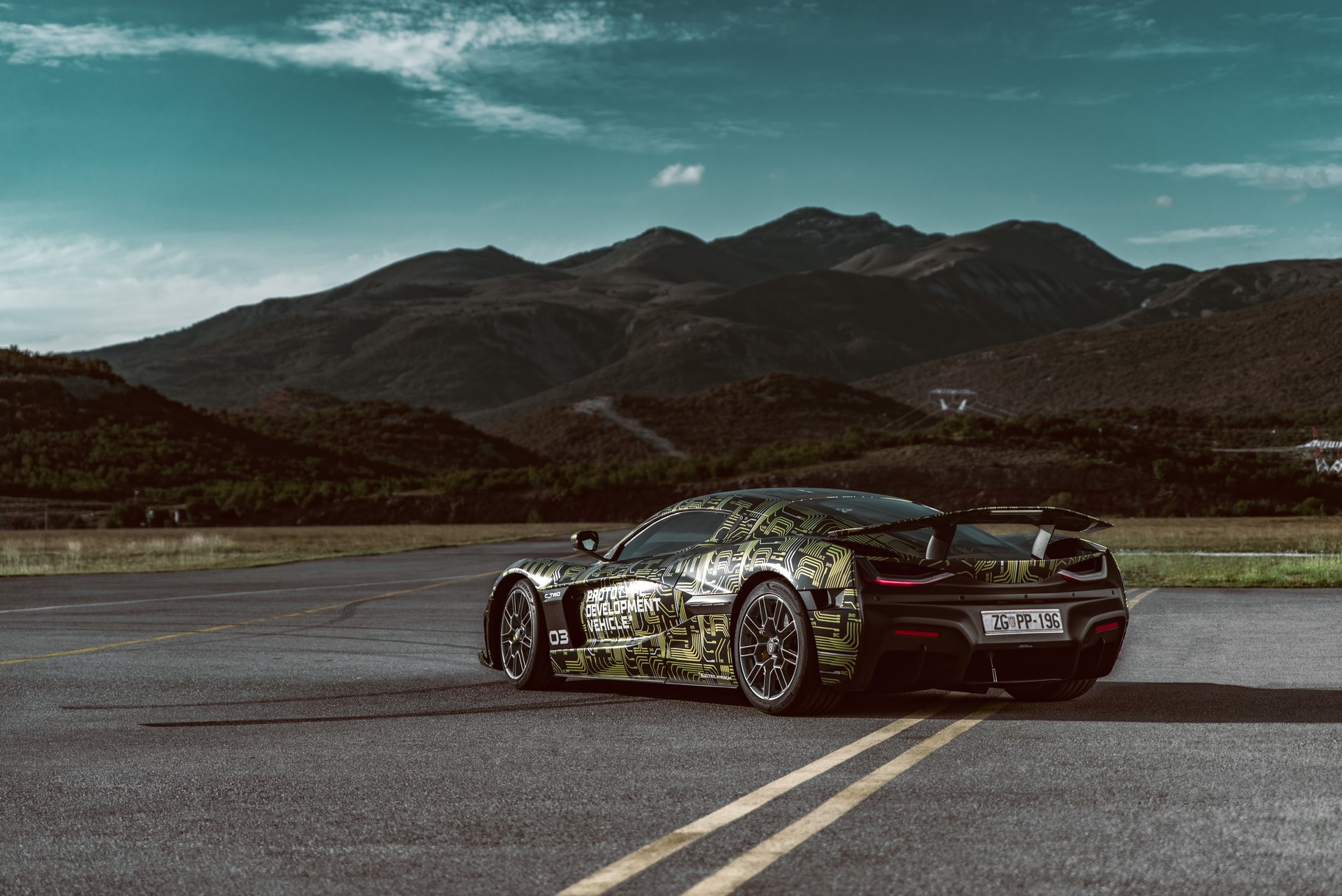 Aside from the Pininfarina Battista, Rimac’s new speedy EV will also have to go up against the Lotus Evija, yet another hypercar that does not have a combustion engine. The C_Two has all the ingredients to become the quickest-accelerating production car ever made, unless the second-generation Tesla Roadster has something to say about that.

Expect some of Rimac’s electric performance know-how to be put to good use by Porsche as the Zuffenhausen brand now has a 24-percent share in the Croatian company. Hyundai and Kia have also invested in Rimac for future EV sports car applications, so it’s safe to say Rimac has established itself as a reputable player in the high-end EV segment.