The Audi Skysphere has been subjected to a surprisingly lengthy teaser campaign considering it’s only a concept, but those previews end today with the world premiere. The spectacular showcar takes the shape of a fully electric, roofless roadster with only two seats, created to foretell the company’s future design language in the impending EV era.

At 4.94 meters (194.4 inches) long, it’s a fairly large car with an imposing front section that might suggest it’s packing a large-displacement internal combustion engine. However, the Skysphere is motivated by a single electric motor mounted on the rear axle, developing a massive 624 horsepower (465 kilowatts) and an instant torque of 750 Newton-meters (553 pound-feet). The vehicle weighs approximately 1,800 kilograms (3,968 pounds), with 60% of the bulk distributed to the rear axle. 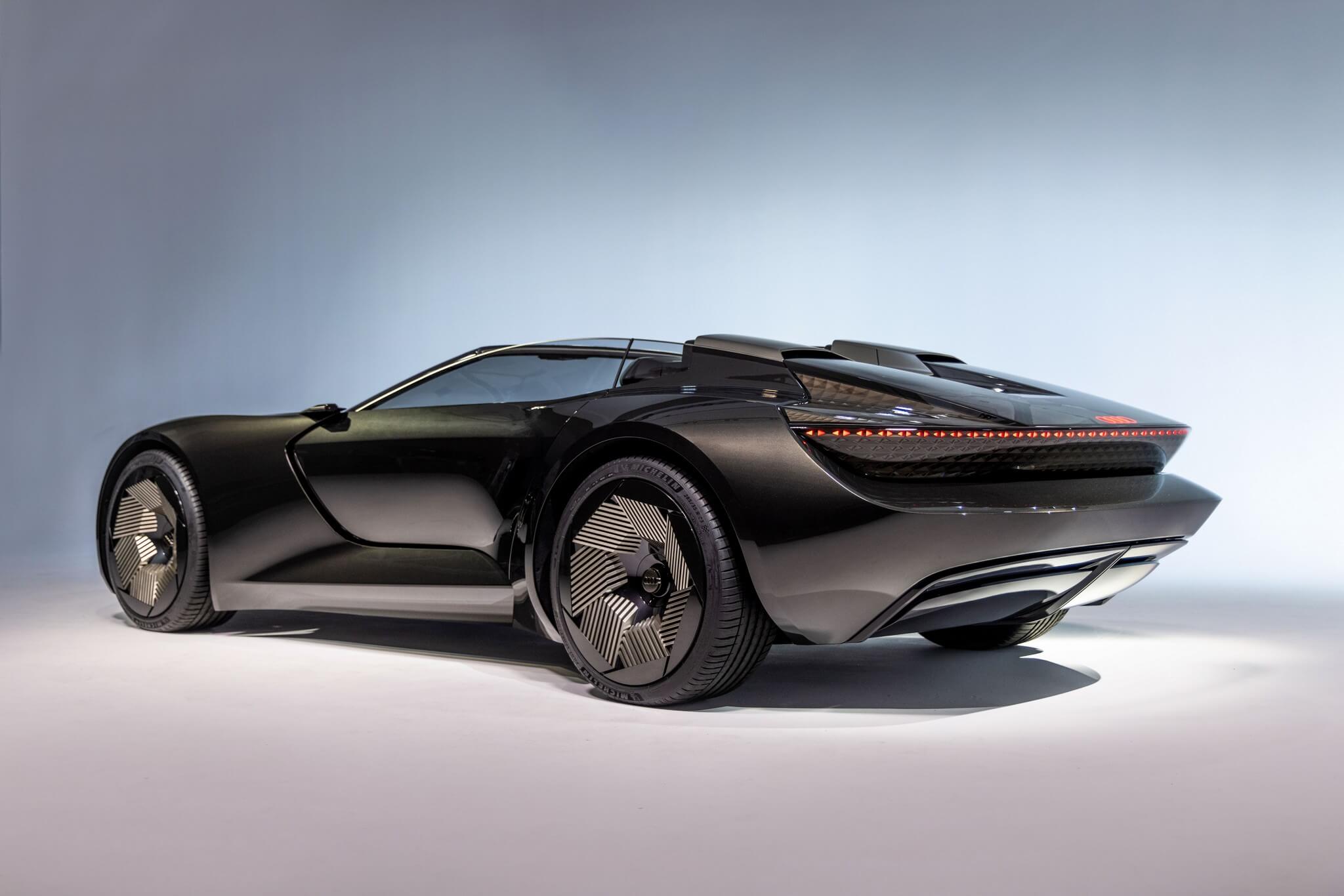 The relatively low weight (for such a large EV) combined with the generous power delivered by the e-motor help the Audi Skysphere hit 62 mph (100 km/h) from a standstill in only four seconds. The engineers have conceived the sporty electric roadster with a large 80-kWh battery pack, providing enough juice for more than 311 miles (500 kilometers) of range in the WLTP cycle.

Equipped with rear-wheel steering and adaptive air suspension, the concept packs all the latest development from Ingolstadt. That overall length we mentioned early is actually variable as the car can be extended by 250 millimeters (9.8 inches) by switching from Sports mode to a Grand Touring mode, in which case the Skysphere expands at a stately 5.19 meters (204.3 inches). 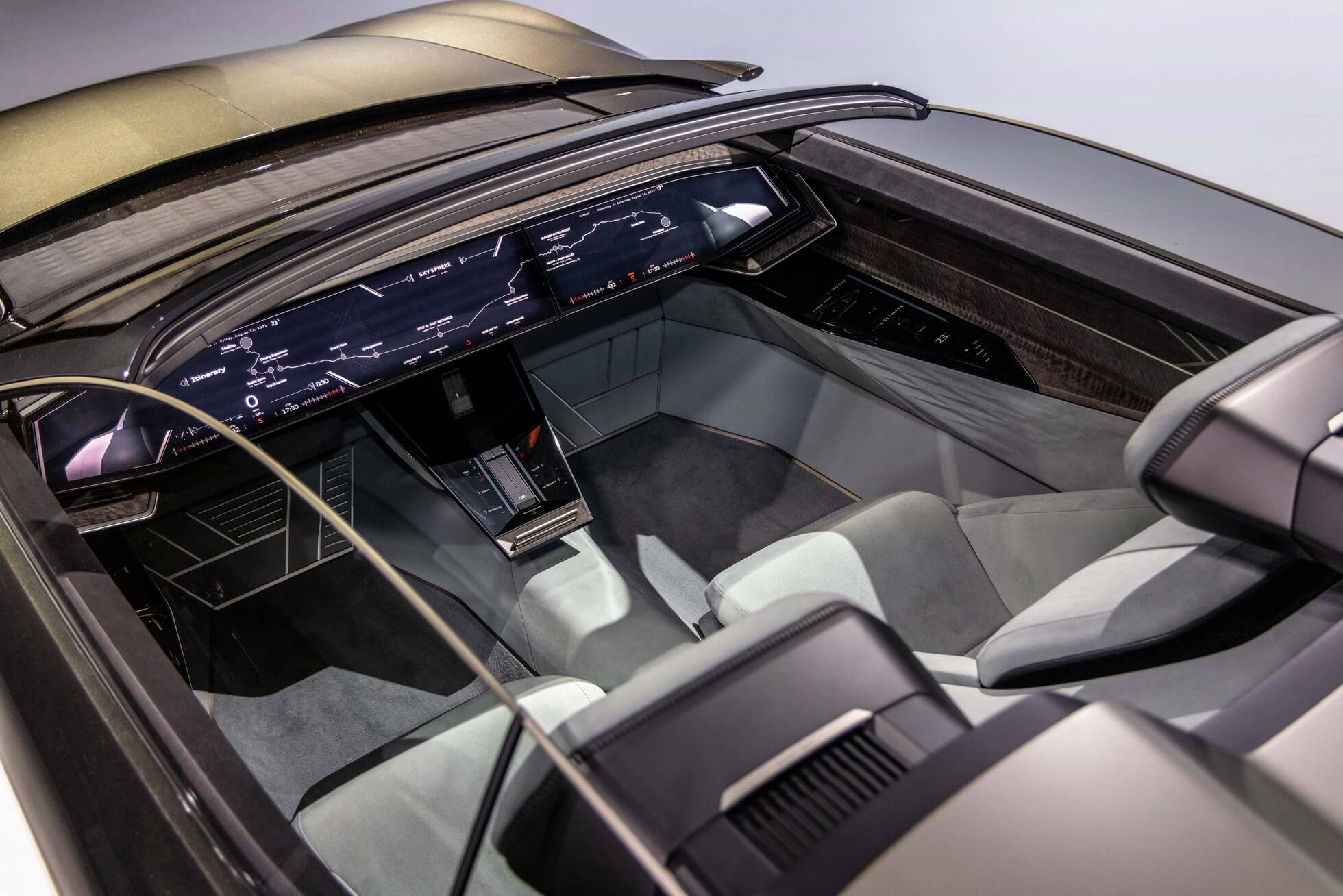 The GT mode effectively transforms the electric concept into a fully autonomous vehicle while stretching the wheelbase for greater legroom. In addition, the steering wheel and pedals retract into an invisible area to provide even more space inside the cabin while the car’s cameras, sensors, and radars take care of the driving without any human input.

The Skysphere’s design is nothing short of breathtaking and borrows visual cues from the 1937 Horch roadster, but with a futuristic take on the corporate Singleframe front grille with a plethora of LEDs. The low-slung, swoopy roadster has a screen-heavy interior with digital screens dominating the dashboard from left to right, while a high-end sound system aims to deliver concert hall audio quality. 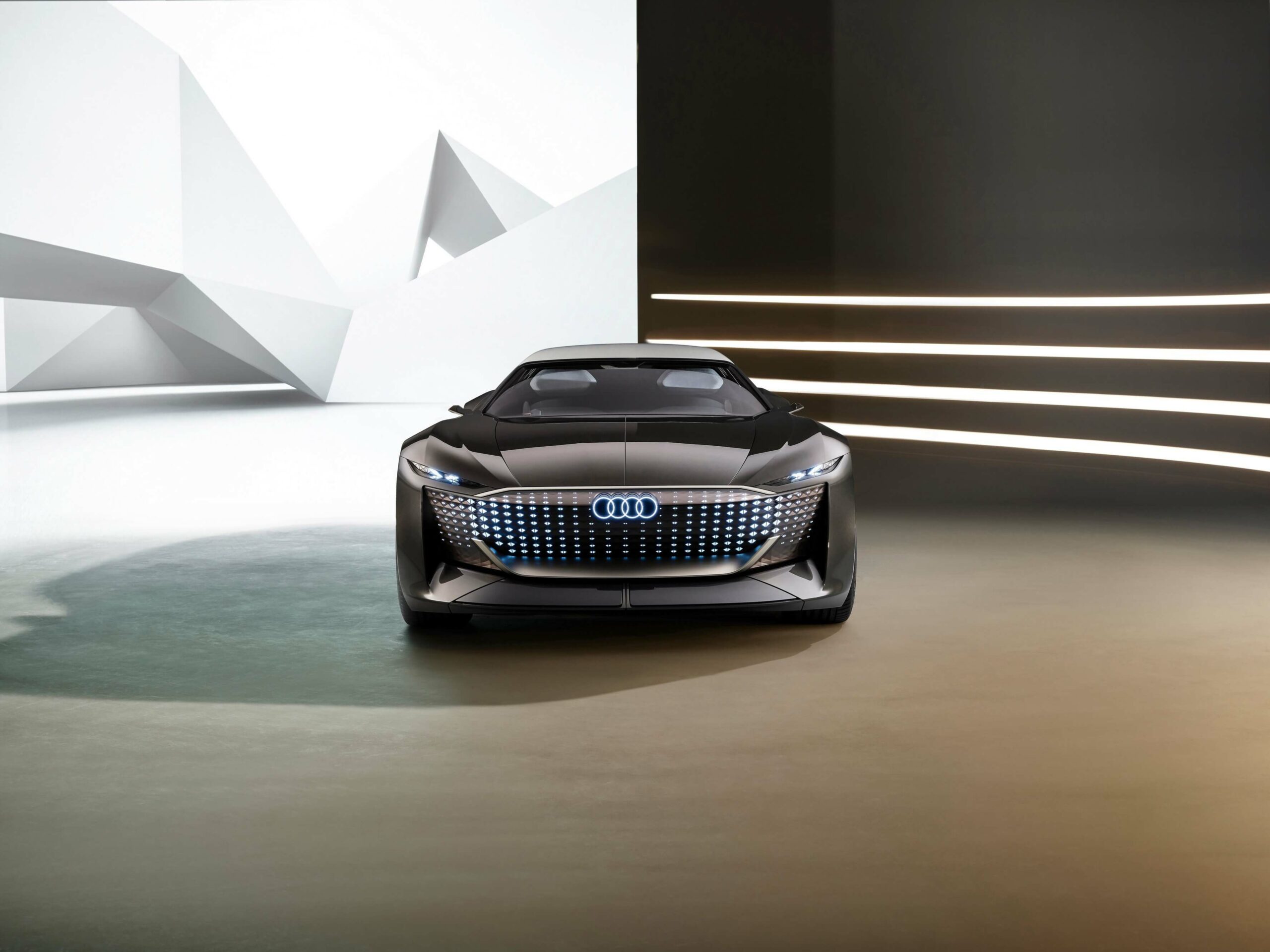 Debuting at Pebble Beach this month, the Audi Skysphere will be followed by a Grandsphere concept in September at the IAA Munich in Germany while the Urbansphere is scheduled to arrive in 2022.