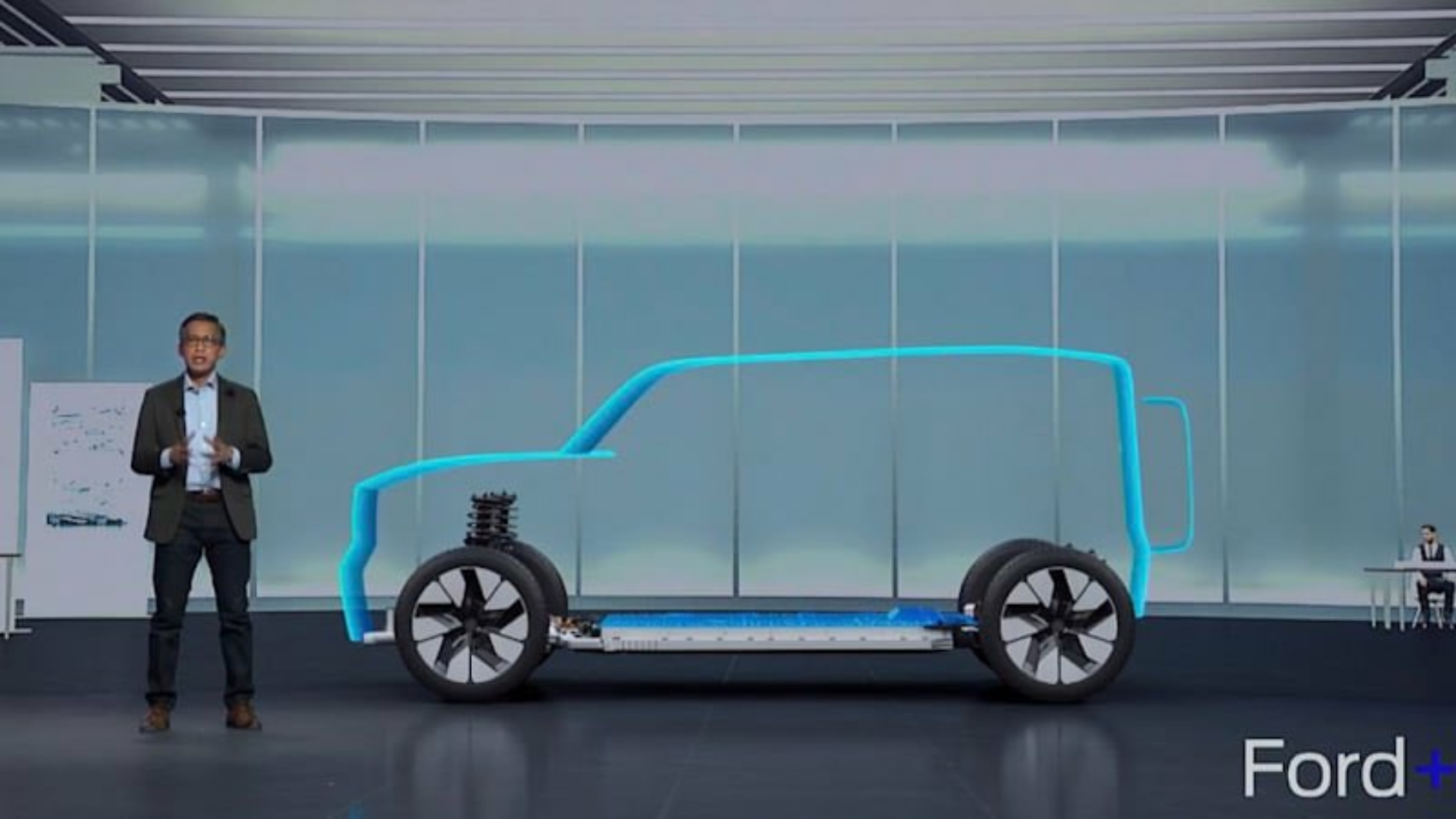 If you’ve been keeping a close eye on Ford in the past few months, you will likely remember a Bronco EV was briefly teased during the company’s Capital Markets Day. The Blue Oval’s communications director for North American products took to Twitter that day to show a somewhat vague silhouette of the zero-emissions Bronco, which is now making the headlines once again.

The very same Mike Levine replied to a comment on Twitter with the teaser image from late May. It’s worth noting the original comment was “if they were only electric” for a photo Ford shared with Broncos of old and new lined up for a family portrait. This looks like an indirect reaffirmation there will be a version of the reputable off-roader without a combustion engine. Whether it will hit the market sooner sooner rather than later it’s unclear, but it appears it’s happening.

It’s not all too surprising seeing as how its main rival, the Jeep Wrangler, is already available with a plug-in hybrid powertrain and will get a fully electric derivative in the coming years. Electric motors are great for off-roading considering they deliver instant torque, which is vital when going up a steep hill. The Bronco EV will ride on a newly developed flexible architecture engineered not just for rugged SUVs, but also pickup trucks and commercial vehicles.

As a refresher, Ford’s head honcho Jim Farley has also strongly hinted at the prospects of a Bronco sans the internal combustion engine. Back in May, a Ford shareholder asked him on Twitter why isn’t the company preparing an all-electric option. His answer was: “Why do you think we don’t?” It means an SUV with electric propulsion is only a matter of time and will likely peacefully coexist with the gasoline-fueled Bronco for a number of years before Ford will go all-in on EVs.

Why do you think we dont?