It was at the beginning of the year when Jeep introduced the three-row Grand Cherokee L and we now get to learn we’ll have to wait until next Wednesday to check out its shorter two-row counterpart. The regular Grand Cherokee will represent the fifth generation of the iconic SUV, and for the first time ever, it will be electrified.

Indeed, Jeep is confirming the world premiere will include a 4xe version, which is a suffix the company is already using for the Wrangler fitted with a plug-in hybrid powertrain. We’re hearing the Wrangler’s pickup truck sibling, the Gladiator, will also receive a charging port later this year. Meanwhile, the Grand Cherokee 4xe is set to make its debut on September 29.

As shown below, it’s worth mentioning Jeep has already previewed the Grand Cherokee 4xe during the Stellantis: EV Day back in July, but without revealing any technical specifications. It’s unclear what sort of powertrain it will use, whether it will be different than what Jeep is using in the Wrangler 4xe. As a refresher, the electrified off-roader relies on a turbocharged 2.0-liter gasoline engine and a pair of electric motors.

The Wrangler 4xe delivers a combined output of 375 horsepower (280 kilowatts) and 470 pound-feet (637 Newton-meters) of torque. It uses a fairly small lithium-ion battery pack with a capacity of 17.3 kWh, which has enough juice for 22 miles of pure electric range. The Grand Cherokee 4xe could end up heavier, therefore possibly requiring a beefier powertrain and a larger battery, but nothing is official at this point. 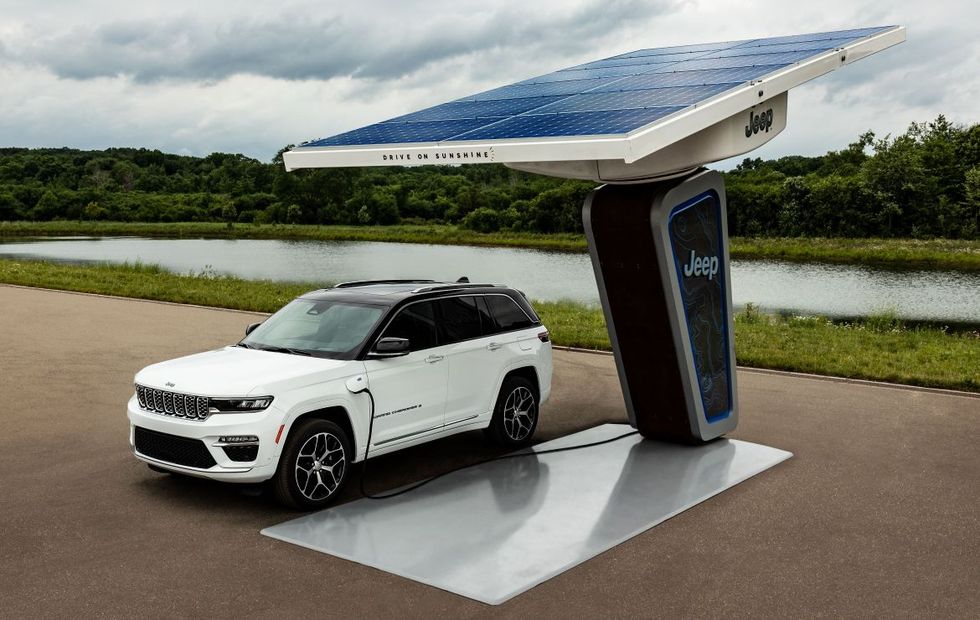 Following the Grand Cherokee and Gladiator PHEV versions, Jeep brand CEO Christian Meunier has already confirmed the bigger Wagoneer and Grand Wagoneer SUVs will receive 4xe models as part of the firm’s extended electrified lineup. It would make sense for the Grand Cherokee L to also get the PHEV treatment sooner rather than later.