Following the Renault Kangoo E-Tech and the Mercedes eCitan, Nissan is getting its own version of the light commercial vehicle. The new Townstar comes to replace the e-NV200 and is also available with a combustion engine, specifically a 1.3-liter gasoline mill with 128 horsepower and 240 Newton-meters (177 pound-feet) of torque.

As for the zero-emissions model, it utilizes a single electric motor good for 122 horsepower (90 kilowatts) and an instant torque of 245 Nm (180 lb-ft). The battery pack has a usable capacity of 44 kWh with enough juice for an estimated 285 kilometers (177 miles) in the WLTP cycle, but the final number has yet to be homologated. 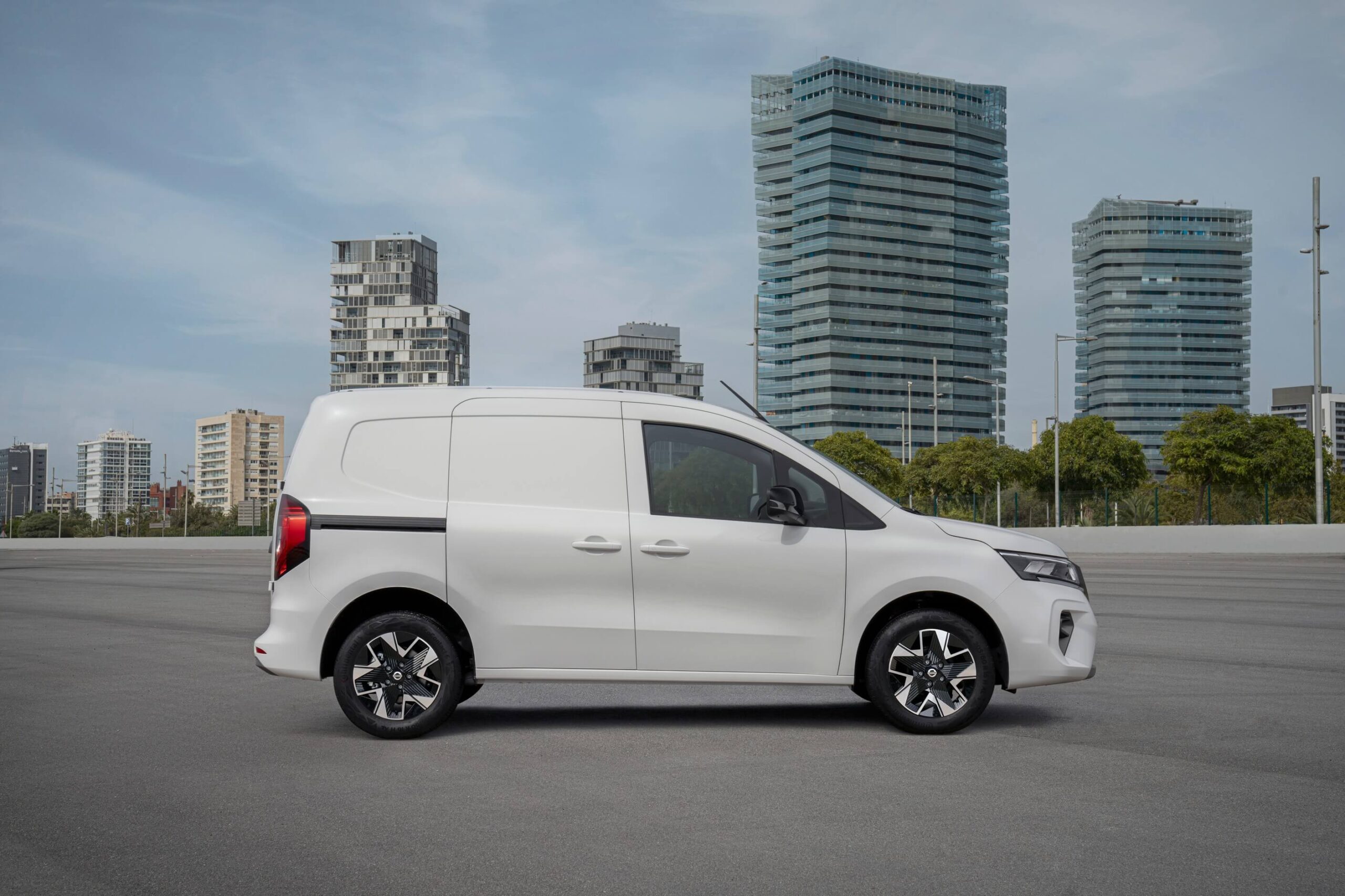 Once the battery is depleted, it can be recharged at 11 kW with the standard charger or buyers can upgrade to 22 kW. The Nissan Townstar has been engineered to also work with a 75-kW DC rapid charger, in which case it takes 42 minutes to replenish the battery from 0% to 80%. Since we’re on the subject of the battery, it comes bundled with an eight-year / 160,000-km warranty, whichever comes first.

The Townstar is first and foremost a workhorse, so those interested in the electric small van will be happy to hear it can accommodate up to 3.9 cubic meters of cargo space, thus making it large enough to carry two Euro pallets and up to 800 kilograms (1,763 pounds). It has a maximum towing capacity of 1,500 kg (3,307 lbs) and comes with sliding doors and the choice between a tailgate or 60/40-split cargo doors. 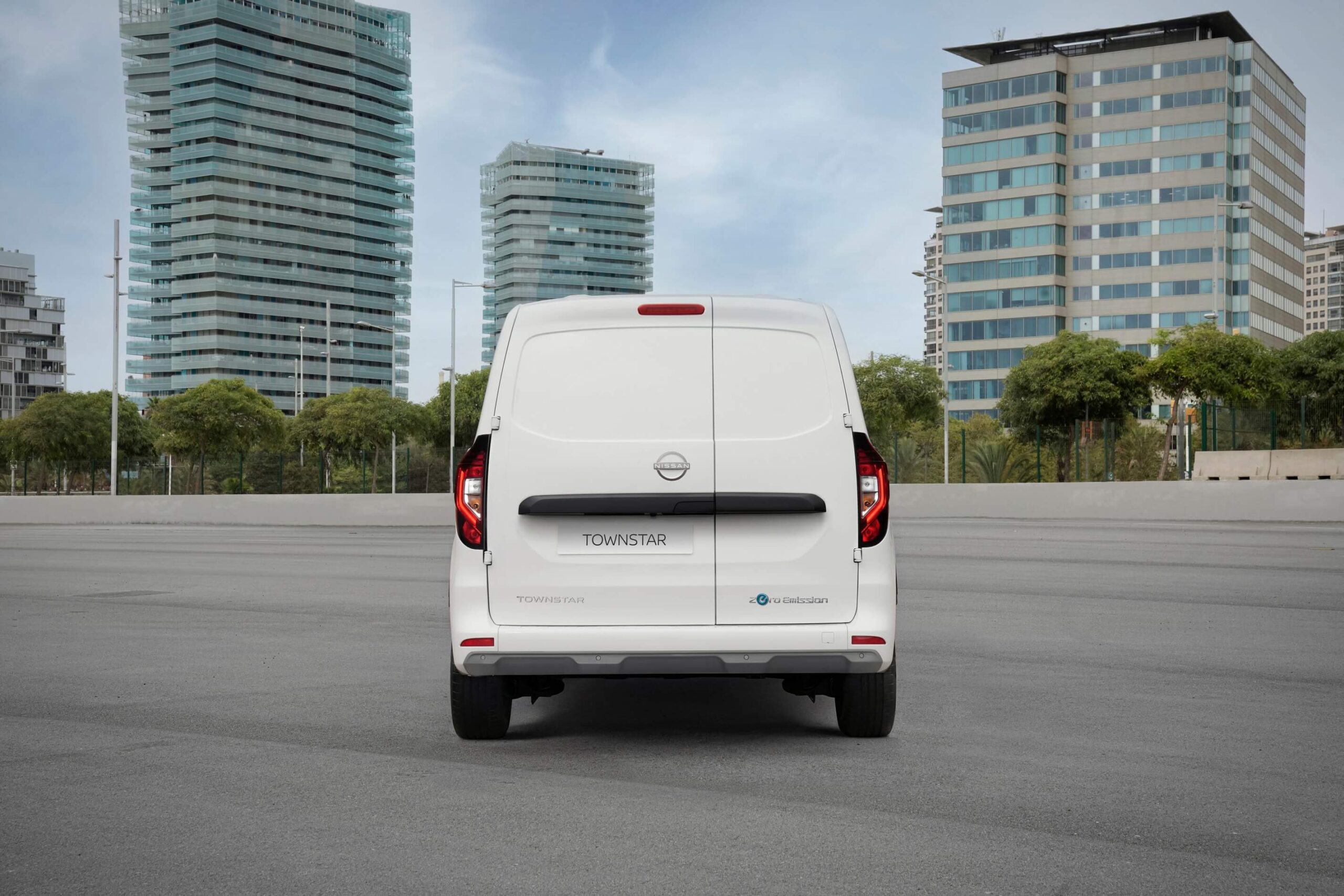 There’s not much to say about the design since it’s largely identical to that of its mechanically related sibling, but Nissan has made efforts to tweak the lights and grille to give the Townstar its own identity. The interior should also look oh-so-familiar if you’ve been inside the latest Kangoo, but that’s to be expected with these badge-engineered small vans.

It goes up not only against its two siblings, but also other French competition coming from the electric versions of the Citroën Berlingo and Peugeot Partner twins. 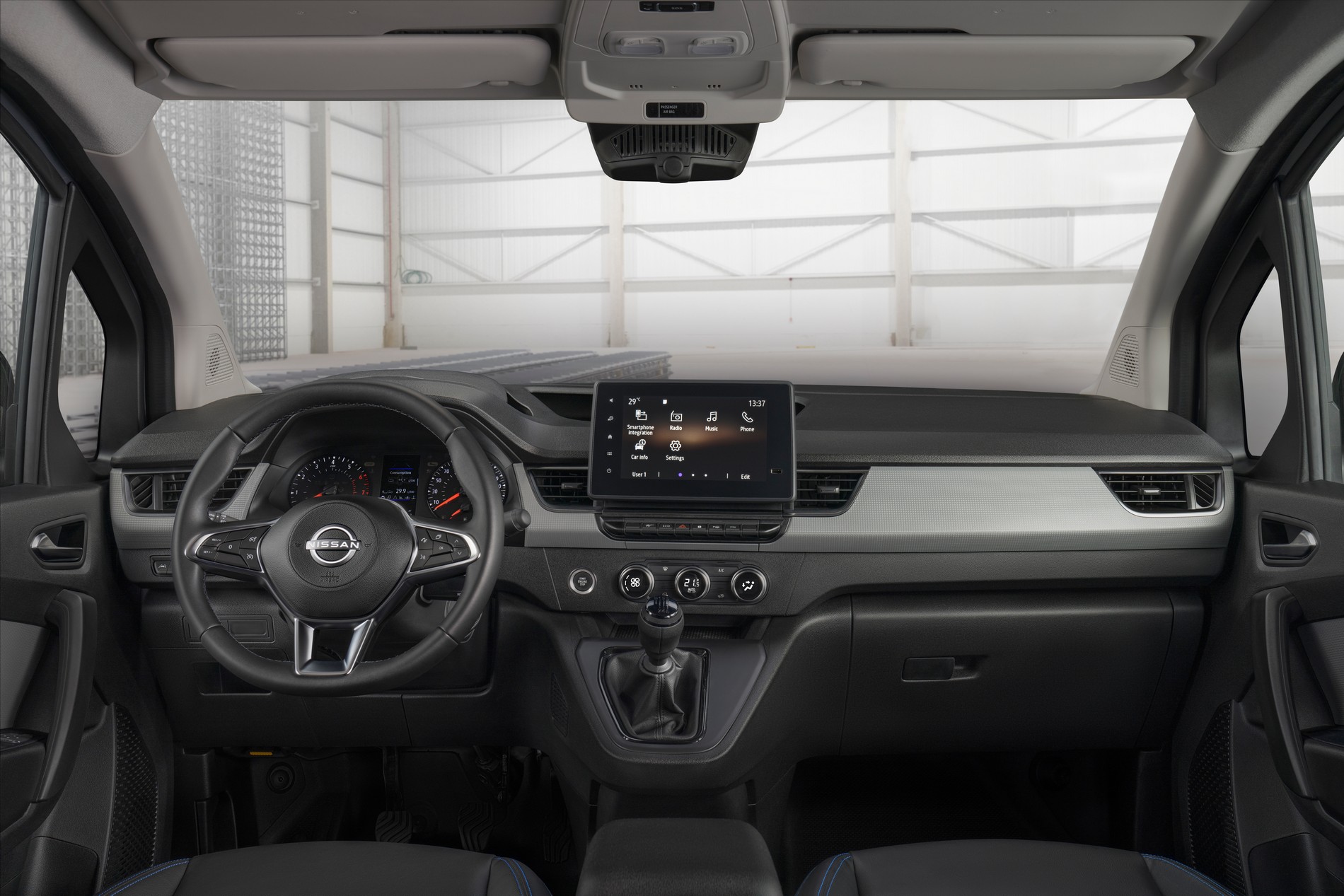