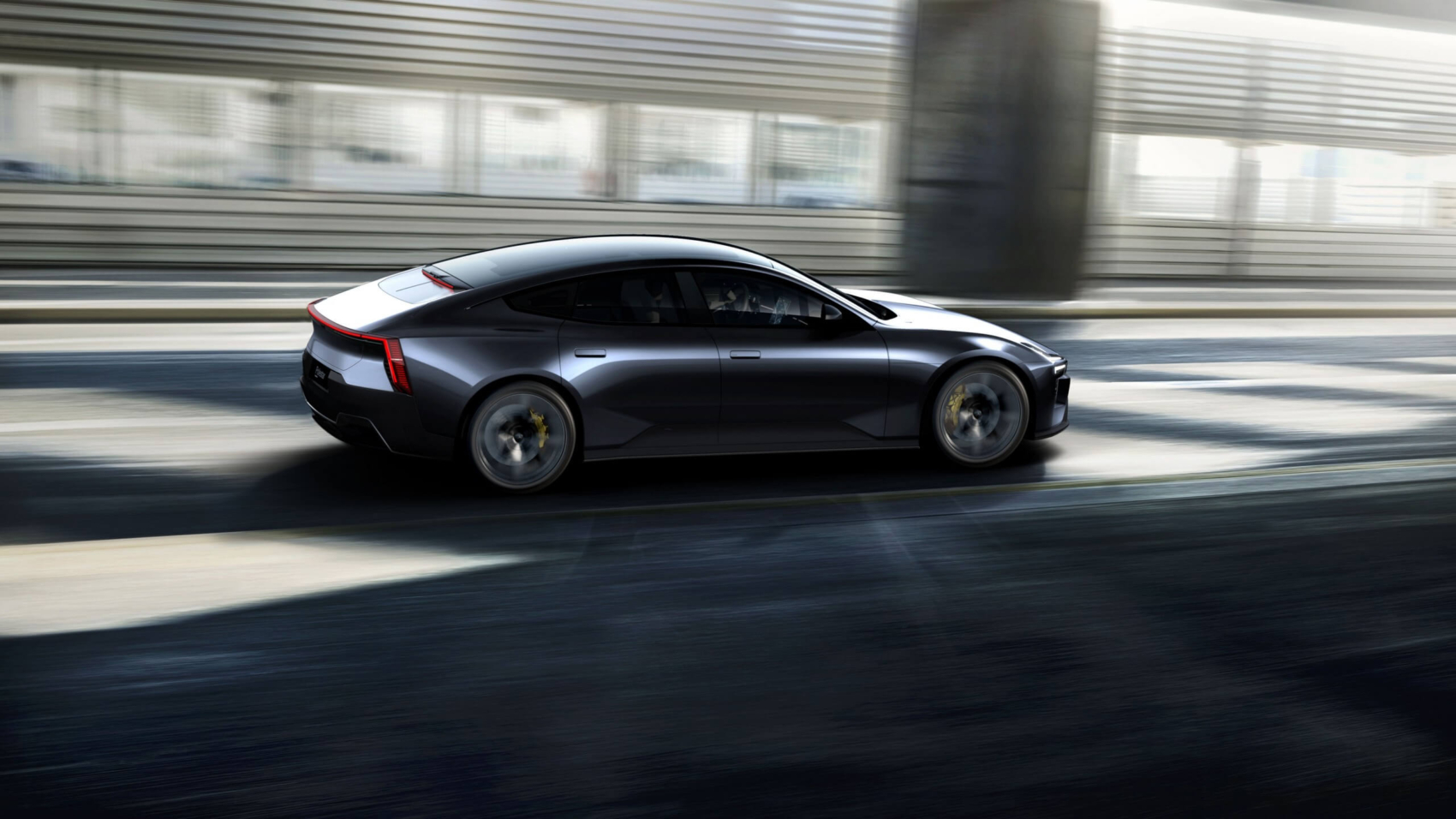 Remember last year’s Precept concept? Polestar announced plans about developing a production version just a few months later, and now we’re being given a first official look at the road-going car. Not only that, but Volvo’s electric sub-brand is also announcing the final name of its sleek electric grand tourer – Polestar 5.

However, it’s going to be a long wait because the Tesla Model S-fighting EV won’t be out before 2024. In the meantime, Polestar is putting the finishing touches on the Polestar 3 scheduled to hit the market next year to take on the Model X. It’ll share the underpinnings with the next-generation Volvo XC90 but it will distance itself by serving as a sportier alternative. In 2023, a crossover-coupe will follow suit as the Polestar 4.

As with the Precept, the company is tight-lipped about the Polestar 5’s technical specifications. We do notice some of the modifications it will go through from concept to production, including the adoption of B-pillars and conventional rear doors to replace the showcar’s spectacular suicide doors.

In addition, the LIDAR setup has been removed from the roof while the giant panoramic sunroof has remained, albeit it doesn’t look exactly the same. Interestingly, it appears the Polestar 5 doesn’t have a rear windscreen, but with today’s high-definition cameras, visibility through the back should not be a major concern for future owners. Speaking of cameras, the concept’s side ones have been deleted to make room for old-school mirrors.

Looking through the front passenger door’s window, we can see the vertically oriented touchscreen of the infotainment system, which will be running on Android Automotive. Squint your eyes and you’ll also observe the driver’s instrument cluster. On the Precept concept, the main center screen had a 15-inch diagonal while the other one measured 12.5 inches.

We’re expecting the 2024 Polestar 5 to be a potent dual-motor, all-wheel-drive machine since logic tells us the car will be aimed squarely at the Tesla Model S Plaid, Porsche Taycan Turbo S, and the Audi RS E-Tron GT. In addition, it’ll also have to fight the top-spec version of the recently launched Lucid Air and the Mercedes-AMG EQS 53.