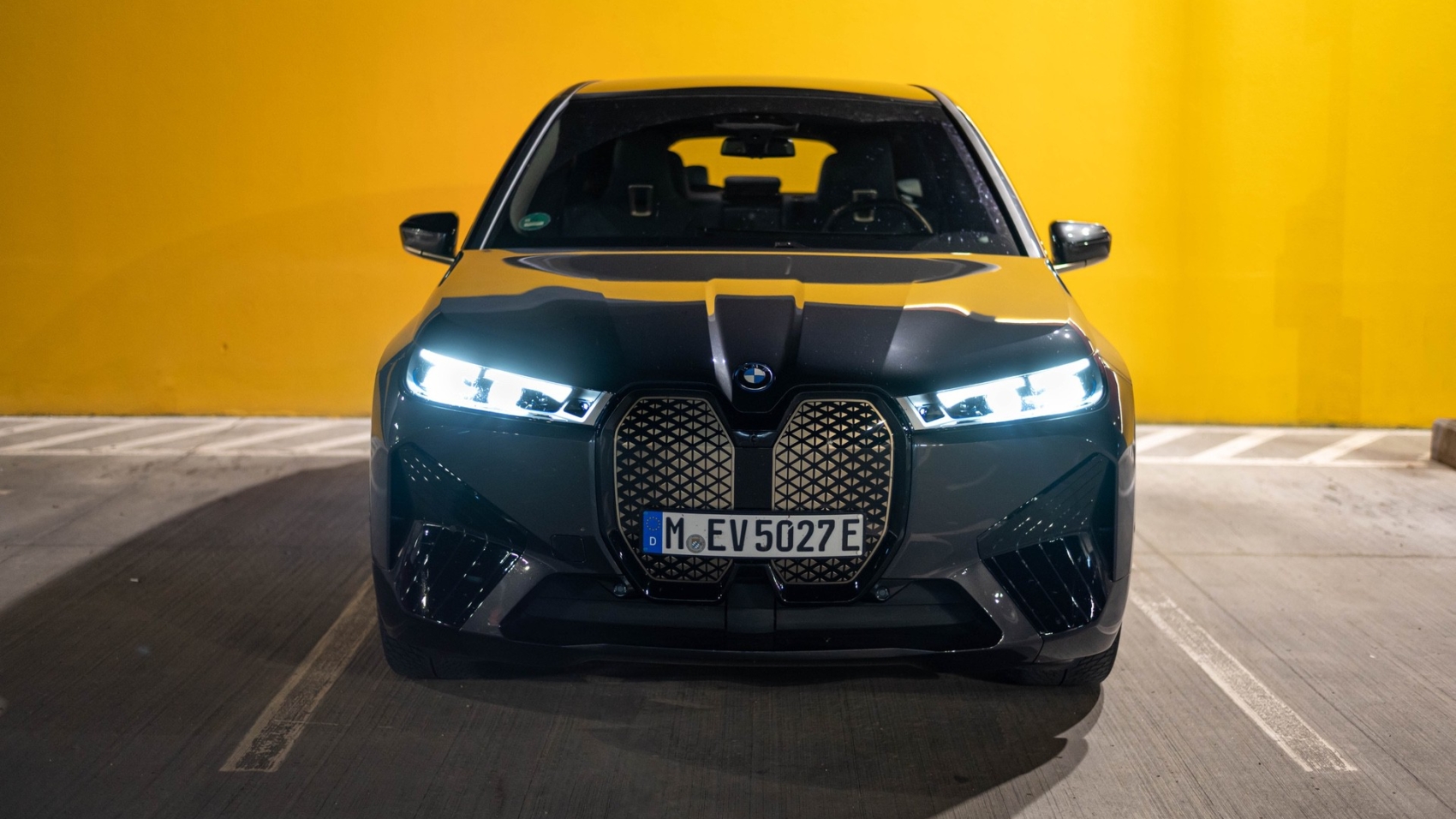 2021 was the year of M’s first electric car with the unveiling of the i4 M50. BMW is not wasting any time by kicking off the new year with another high-performance vehicle that does away with the combustion engine. The iX will be spawning an M60 derivative tomorrow at CES in Las Vegas, but the cat is pretty much out of the bag now.

Official images of the BMW iX M60 have emerged onto social media to show the SUV’s exterior design in full. Yes, we know what you are probably thinking by now – it looks just about the same as the xDrive50 model. Surprisingly, the changes over the non-M version are rather subtle, up to the point you can’t even tell them apart. The biggest giveaway is the blacked-out alloy wheels, which might be a little bit larger in size.

A closer look at the front fenders shows a small M logo, and speaking of badging, the tailgate carries a fairly large M60 script. Much like the wheels we mentioned earlier, all logos are finished in black with a white outline to mirror the look of the badges seen on the XM concept last year. If it weren’t for the wheels, blue M-branded brake calipers, and different badging, it would be borderline impossible to identify this version as the M60 since the rest of the design is virtually identical.

As far as the technical specifications are concerned, a previous report stated the BMW iX M60 will have as much as 611 horsepower (619 PS) from a pair of electric motors granting an all-wheel-drive setup. Acceleration from a standstill to 62 mph (100 km/h) is said to take 3.9 seconds or 3.7 seconds until 60 mph (96 km/h), thus perfectly matching the i4 M50.

Rumor has it sportier iX will cover up to 575 kilometers (357 miles), which is likely the WLTP rating for the model that will be sold in Europe. Logic tells us the M60 will utilize the larger 111.5-kWh battery pack rather than the 76.6-kWh pack of the base xDrive40 available on the Old Continent.

We will have to wait until tomorrow for the official debut with all the details. As for pricing, the M60 is going to cost significantly more than the xDrive50 available in the United States from $83,200 and in Germany from €100,000.

You can check out the full photo gallery at the first source link below.