With each new generation, BMW M cars have gotten heavier and heavier. Now that the i4 M50 has arrived as the first electric M car, people are worried that the vehicle’s heft hampers performance furthermore. After all, at 2,290 kilograms (5,048 pounds), the M-badged EV is certainly no Mazda MX-5 Miata when it comes to weight.

A new promotional video shot in Austria at the Salzburgring circuit aims to prove those people wrong by showing that even if it weighs roughly as much as a fullsize SUV, the i4 M50 is nimble and agile around a race track. It’s not just the instant response of the electric motors, but all the other tweaks made to the chassis, suspension, and steering that make the zero-emissions M truly fun to drive despite being quite heavy. 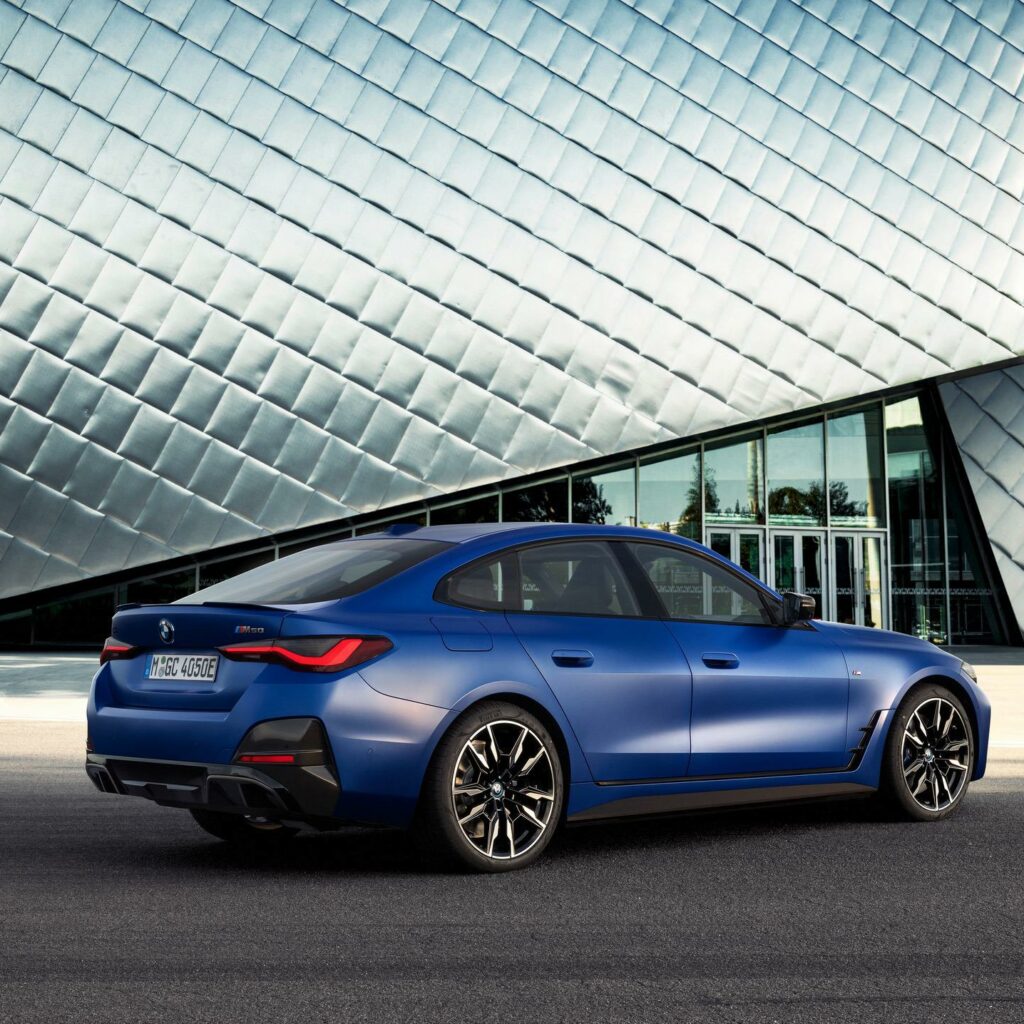 Racing driver Charlie Martin got behind the wheel of the BMW i4 M50 on a rainy day at the 2.63-mile circuit located in Koppl and was left impressed with its endless power delivery as the car didn’t feel it was running out of steam at any point. The 40-year-old British racing driver was joined by David Ferrufino, the project manager leading the development of the first M car without exhaust tips.

As you may recall, the i4 M50 comes with a boost function that ups power by 67 hp and 48 lb-ft (65 Nm) to an impressively potent 536 hp and 586 lb-ft (795 Nm) for more than 10 seconds. With a 0 to 60 mph in 3.7 seconds, it’s one of the quickest production vehicles out there once we exclude much more expensive supercars and hypercars. At $65,900, one would argue it’s somewhat of a bargain if you compare it to those kinds of high-end vehicles that cost six figures.

Not only that, but it remains a 4 Series Gran Coupe at its core, meaning it’s a spacious vehicle with a practical tailgate. Combining all that performance with the do-it-all capabilities and the benefits of having all-wheel drive creates a versatile EV that should tick most (if not all) boxes. Yes, we’re missing the sound of an inline-six or a V8, but times are changing and we have to get used to the idea of a BMW M car that doesn’t have an authentic engine soundtrack.

The i4 M50 will be going on sale in the United States in Q1 2022. Meanwhile, the iX M60 will premiere at the beginning of next month at CES in Las Vegas as the second electric M car from BMW.