Lexus introduced the second-generation back in June 2021 before putting having it on sale in Japan in November. The company’s very first production model to feature a plug-in hybrid powertrain is now being showcased at the 2022 Tokyo Auto Salon as an Offroad concept. As denoted by its name, the showcar at TAS explores the luxury crossover’s outdoorsy nature through a few upgrades.

For example, the NX 450+ as it’s known by its official name has received a suspension lift to make room for those chunky all-terrain tires that are wider than those found on the standard model. The showcar adopts an attractive bronze paint (Iron Oxide) combined with matte black accents noticeable on the plastic body cladding of the wheel arches. 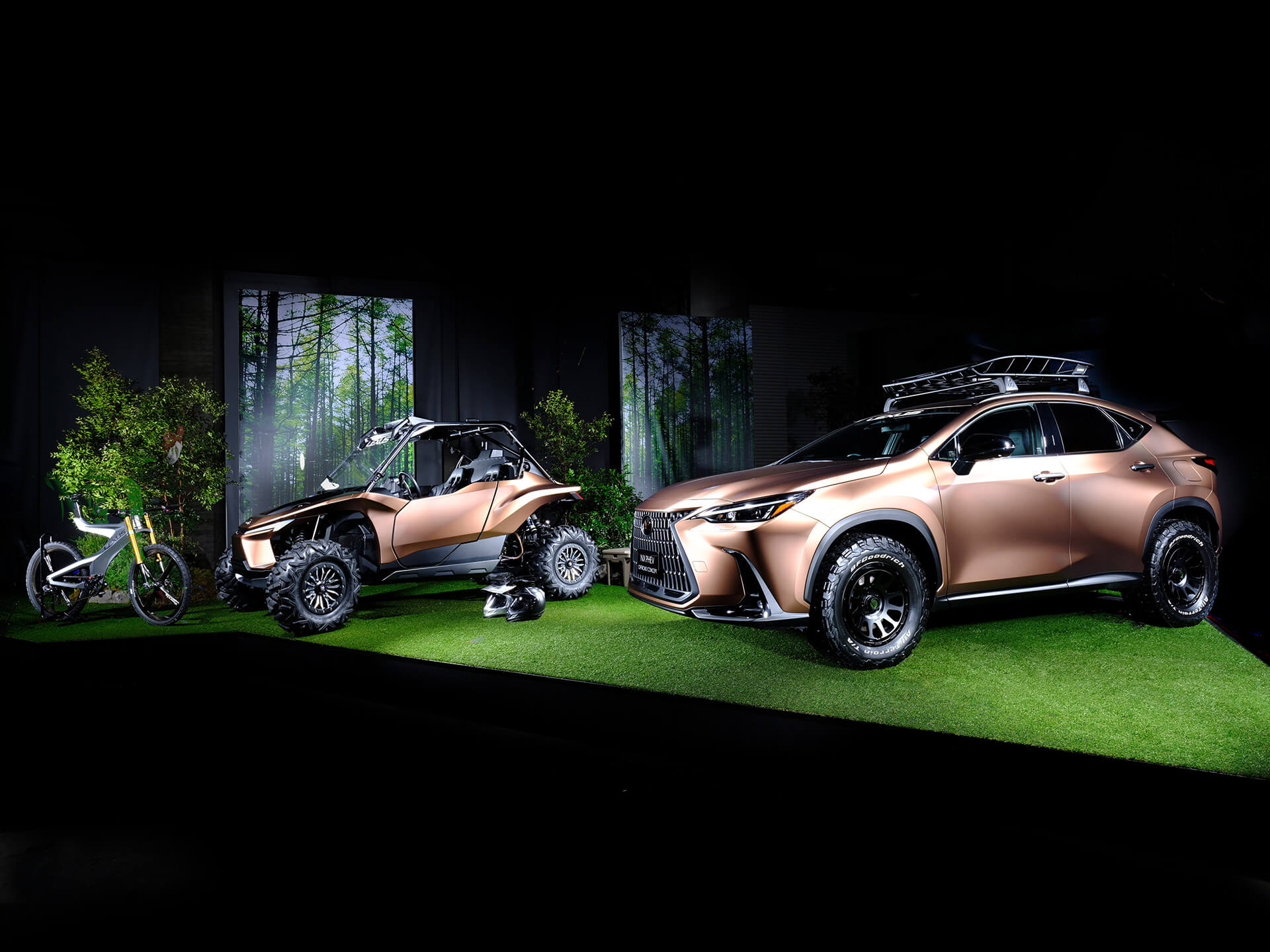 The large roof rack expands the crossover’s practicality and gives it a more outdoorsy vibe at the same time. Toyota’s premium division doesn’t go into any other details, but it’s safe to say the ground clearance and suspension travel are substantially more generous to help the electrified NX better tackle bumpy roads. Of course, it’s still based on a unibody platform, so don’t go into thinking it’s now a veritable off-roader like a Jeep Wrangler or a Ford Bronco.

Positioned at the top of the NX’s range, the 450+ combines a gasoline 2.5-liter, inline-four engine with two electric motors for a total output of 302 horsepower. It enables the all-wheel-drive crossover to cover the 0 to 60 mph sprint in six seconds. The lithium-ion battery has a capacity of 18.1 kWh and provides enough juice for 37 miles (60 kilometers) according to the EPA rating while the total range stands at 550 miles (885 kilometers).

As a final note, the NX PHEV Offroad Concept shares the spotlight at TAS with the ROV Concept. It’s labeled as a Recreational Off Highway Vehicle powered by a three-cylinder 1.0-liter engine that feeds on compressed hydrogen.