The association of the words “Lotus” and “electric” might be regarded as blasphemous by sports car purists, but they’d better learn to live with the idea of a zero-emissions model from Hethel. Why is that? Because the Geely-owned British brand will be exclusively launching EVs going forward on several dedicated electric car platforms.

One of them is being co-developed with Alpine and will be used not just by the two performance brands, but also by third-party companies as the underpinnings will be sold to interested parties. In Lotus’ case, the architecture will debut in 2026 with a new sports car currently known by its Type 135 codename. Meanwhile, fresh details have been released about the platform that will underpin this exciting new model. 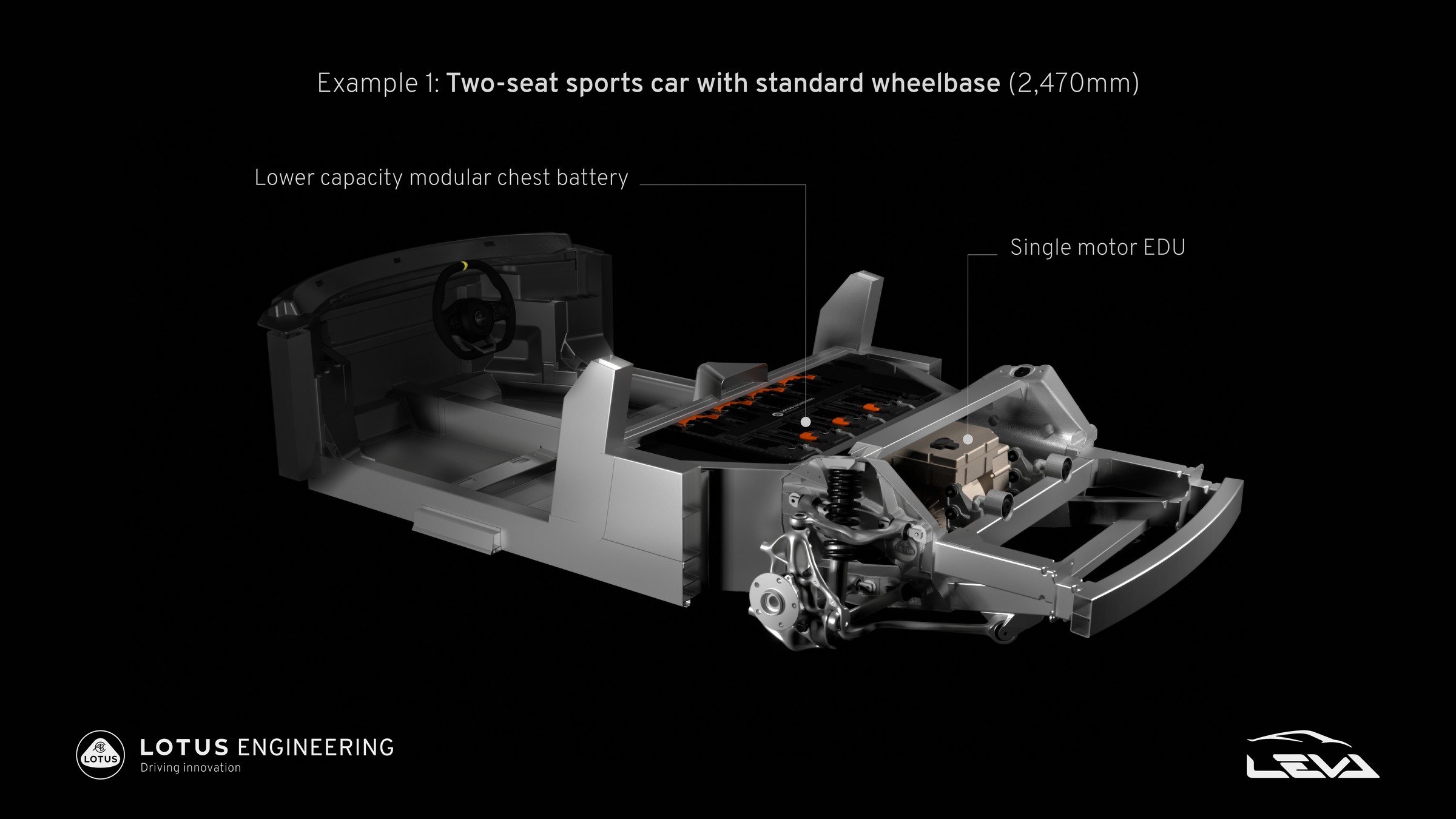 It’s being designed for two-seater and 2+2 models with either 66.4-kWh or 99.6-kWh battery packs and single- or dual-motor configurations. Two wheelbases have been announced by Lotus, a minimum of 2,470 mm for the two-seater models and more than 2,650 mm for two-seaters with the larger battery or the 2+2 cars with the smaller pack.

The electric performance machines utilizing a single motor will have up to 350 kilowatts of power whereas the dual-motor models will produce a combined 650 kW. That works out to 470 and 872 horsepower, respectively. Depending on the model, the battery pack’s cells are stacked in either a “chest” or “slab” layout, meaning they sit vertically behind the seats or horizontally positioned under the cabin. 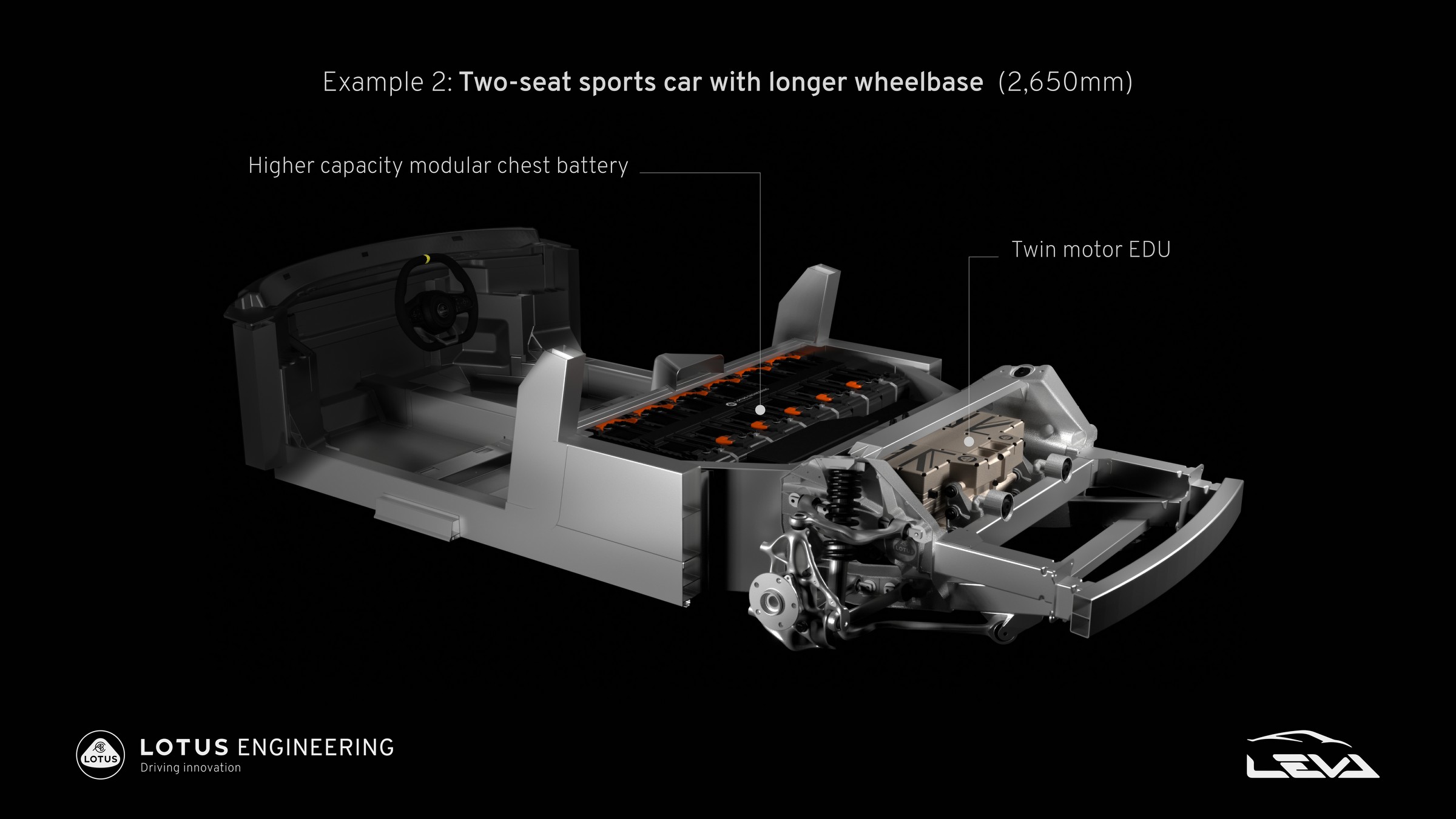 Little else is known about the platform, but that’s understandable considering we’re still five years away from seeing the first electric sports car to sit on the dedicated EV architecture. Lotus does reveal a tidbit regarding the rear subframe, which is a whopping 37 percent lighter than that of the Emira, the company’s final production model to feature an internal combustion engine.

Before the Type 135 arrives in 2026, next year will see the introduction of Lotus’ first-ever SUV, which will be offered only with electric propulsion. It’ll be a similar story with a four-door coupe arriving in 2023 and a smaller crossover due in 2025.