If you’re patiently waiting for the much-hyped Cybertruck, we may have some bad news to share provided a report published by Reuters is accurate. Citing an undisclosed source from within the company, the reputable news agency claims the electric pickup has been delayed yet again. Elon Musk said a while ago production would start in late 2022, but now we’re hearing it might have been pushed back.

According to Reuters, the Cybertruck won’t hit the assembly line until towards the end of Q1 2023, so roughly around the end of April next year. Some of you will recall Tesla’s head honcho previously mentioned the plan is to kick off customer deliveries before the end of 2022, but it now appears that will no longer be the case.

As to what has possibly caused this new delay, Reuters says the issue stems from changes to the functions and features of the electric pickup. These modifications are apparently necessary to release a “compelling product” and better face newcomers such as the GMC Hummer EV and the Rivian R1T. In addition, Ford is launching the F-150 Lightning while Chevrolet recently unveiled the Silverado EV. GMC is working on its own zero-emission truck, so it looks like the battle in the EV pickup segment is heating up. 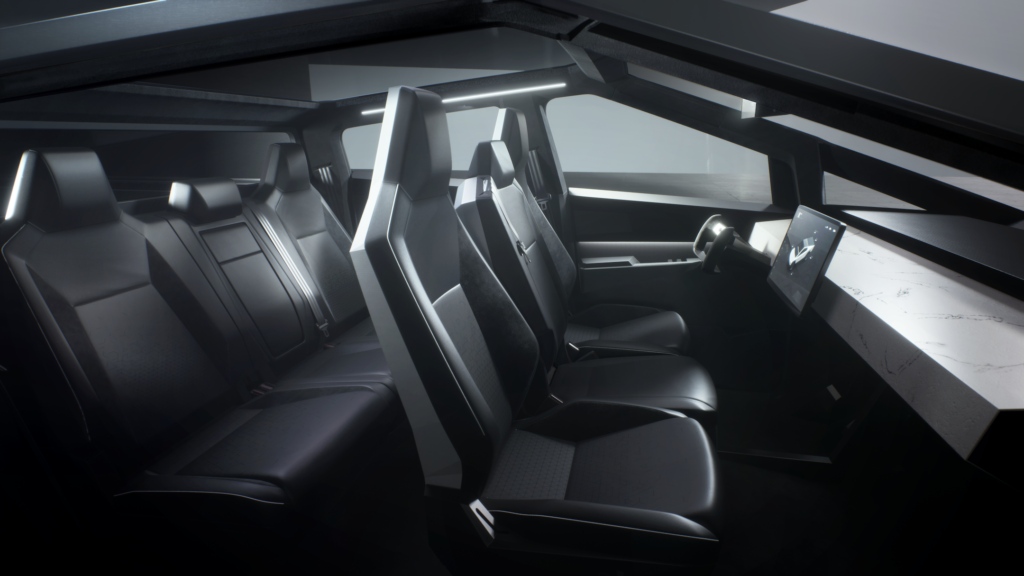 The new delay might explain why Tesla has decided to remove most pricing details from the Cybertruck’s page on the official website where most of the technical specifications have been removed. We are hoping Elon Musk will shed light on the vehicle’s status as he has promised to attend the 2021 Q4 earnings call on January 26 to talk about the product roadmap.

Reuters has contacted Tesla to learn whether the “person familiar with the matter” they’re citing is telling the truth, but the company has yet to issue an official response.