We’ve honestly lost count of how many teasers Volkswagen has released for the ID. Buzz, but this is more substantial than the others. It shows the much-hyped electric van has entered pre-production at the plant in Hanover, Germany. Several prototypes have rolled off the assembly line before getting covered in a colorful camouflage to conceal the final design.

The front and side profile designs have already been previewed in an official image shared by VW Commercial Vehicles, which is why we’ll be focusing on the van’s rear. The Buzz’s derriere appears for a brief moment in the 33-second clip shared on YouTube to confirm it’s the next EV in line to get a wide LED light bar.

These pre-production prototypes are carrying German license plates and are currently making the trip to Barcelona in Spain. That’s where journalists will be given the opportunity to test the ID. Buzz during a Covered Drive event scheduled to take place next week. As expected, they’ll be getting behind the wheel of the passenger version as the cargo model will likely arrive at a later date.

Europe will be the first to get the electric take on the classic Microbus from the latter half of 2022 while US buyers will have to patiently wait until next year. VW has plans to sell the ID. Buzz with multiple wheelbases and logic tells us the longest one is coming to North America where the cargo won’t be available. 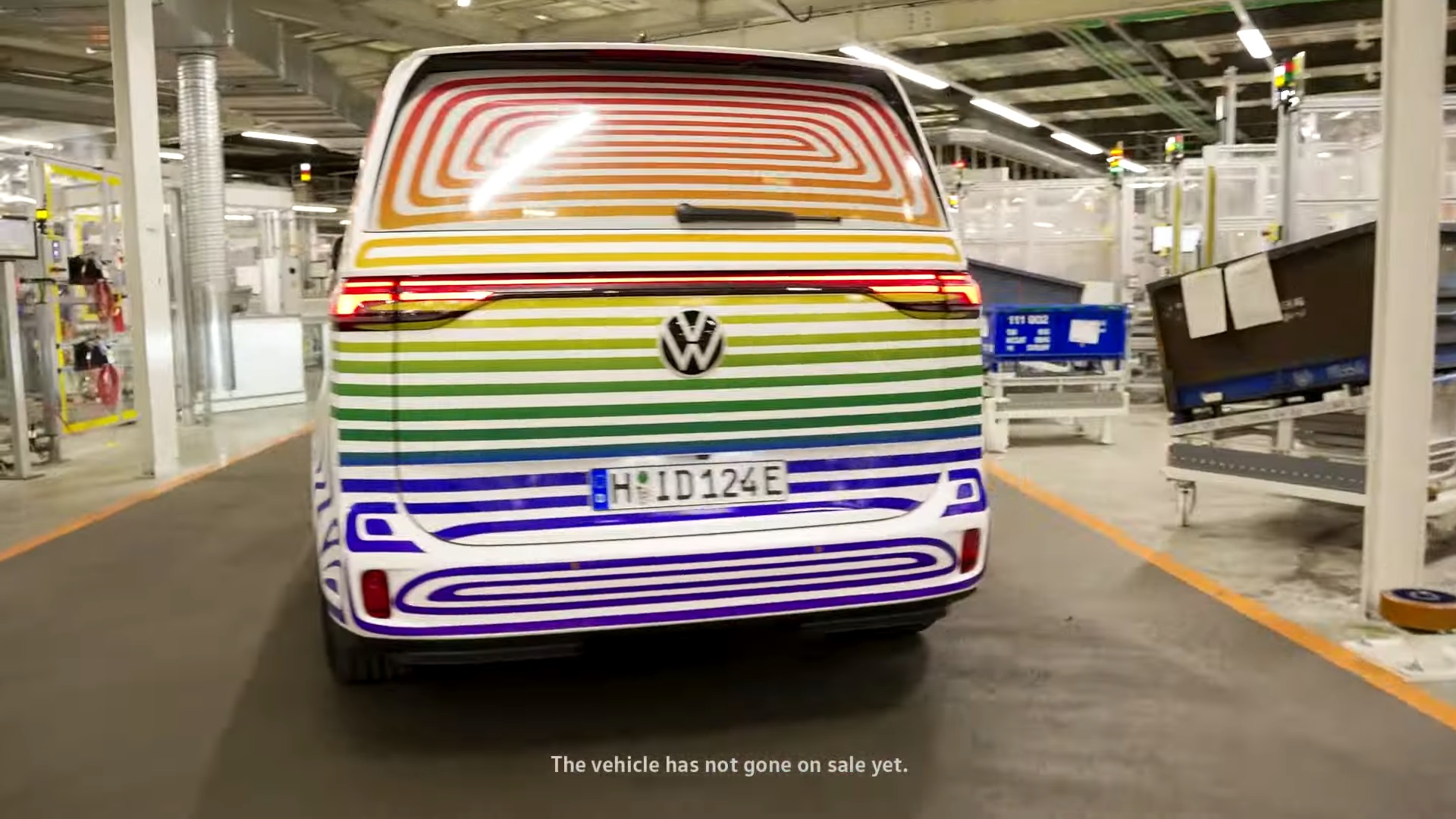 In the long run, the zero-emission van will spawn a California camper set to arrive around 2025 when a fully autonomous derivative will hit the streets for ride-hailing services. In the meantime, the regular Buzz variants are expected to get the largest battery VW currently sells for its ID-badged models, specifically an 82-kWh pack. It has a useable capacity of 77 kWh and should offer a decent range, although that will depend on how many passengers you will be carrying and the amount of luggage.

As already announced, VW Commercial Vehicles will host the world premiere of the 2023 ID. Buzz on March 9.