Volkswagen Commercial Vehicles will introduce the production-ready ID Buzz on March 9, but it won’t be until a couple of days later when the electric van will be shown to the public. Its first appearance in front of the general audience will take place during the South by Southwest festival on March 11. In the meantime, the hotly anticipated EV is “backpacking” through Europe on its way to the SXSW in Austin, Texas.

The 2023 ID Buzz started its European journey at home in Hannover where it will be manufactured. It then traveled to some of the most important cities on the Old Continent, including Barcelona, London, Paris, and Amsterdam. As expected, the zero-emissions people mover still had the colorful livery we’ve been seeing for the past few months.

VW was kind enough to remove the disguise from the headlights and taillights to provide a better look at the final version. Much like other electric vehicles riding on the MEB platform, it gets light bars at both the front and rear, along with the discreetly updated corporate badge. The teaser images appear to depict the passenger-oriented model, but the company has already confirmed the cargo version will be introduced on March 9 as well. 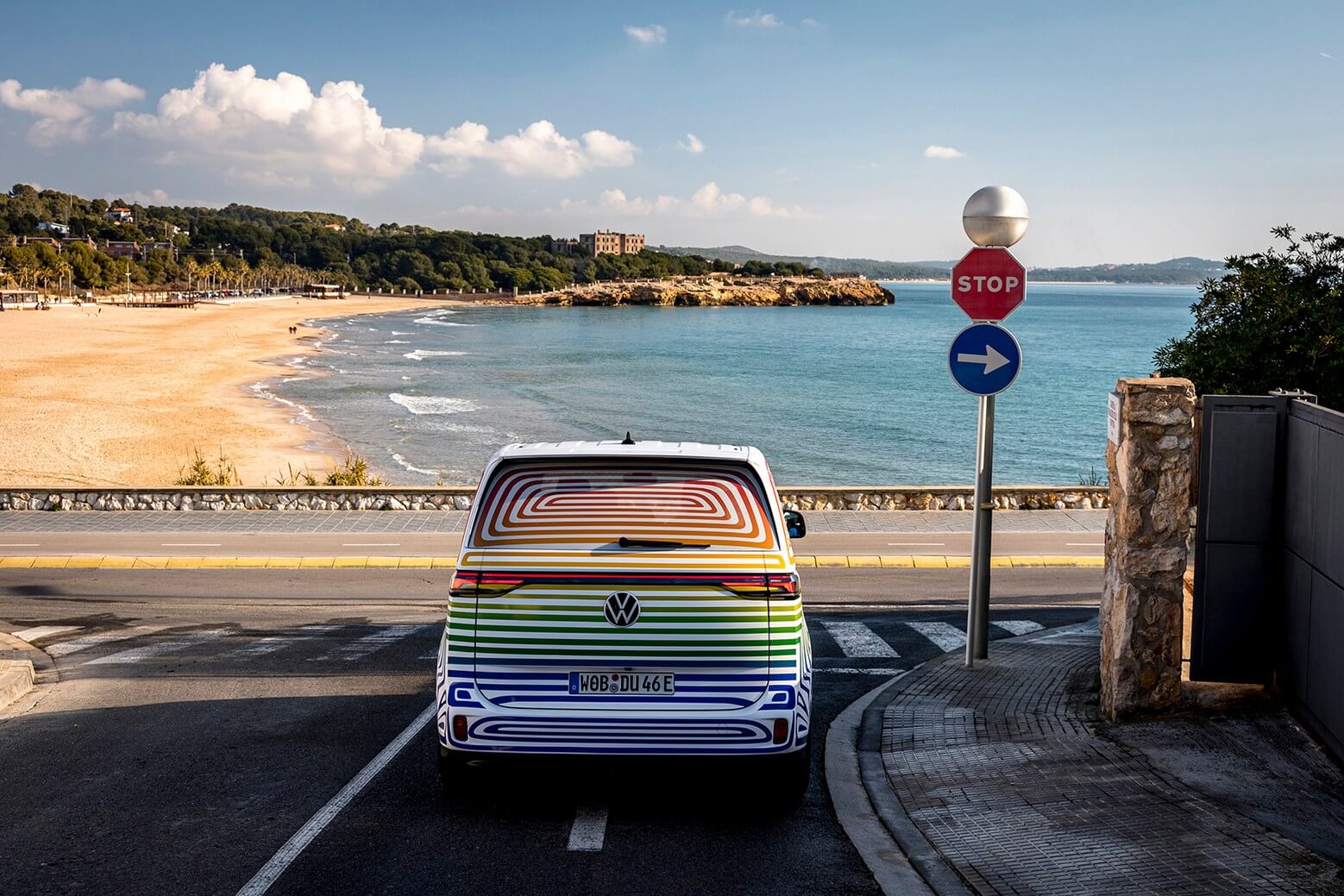 Believed to start from a rather steep €60,000 in Germany, the ID Buzz will spawn a more expensive California camper derivative around 2025. Unlike many other dedicated EVs, the van is not going to feature a front trunk (frunk), not that it should be much of an issue given the spacious interior. Company CEO Ralf Brandstätter has said it will be the firm’s most emotional EV to date, and it certainly has some big shoes to fill given the Microbus heritage.

The boxy van without a combustion engine should come in rear- and all-wheel-drive configurations with a single- and dual-motor setup, respectively. The 82-kWh lithium-ion battery with a usable capacity of 77 kWh as seen in other ID-badged models will likely be standard across the range. Logic tells us a bigger pack could be eventually offered considering the ID Buzz will be bigger and heavier than the other ID models.