The newly founded automotive side of Ineos Group, the world’s fourth-largest chemical company, will have its rugged SUV on sale in Europe later this year. Upon launch, the Grenadier is going to be offered only with inline-six gasoline and diesel engines sourced from BMW. The combustion engines will work with a ZF automatic transmission and a Tremec transfer case as expected from a true off-roader.

Aside from combustion engines, Ineos Automotive has teamed up with Hyundai to work on a fuel cell variant. However, a production version will not hit the market until 2027. The problem for the niche automaker with CEO Dirk Heilmann at its helm is that it must meet the European Union’s stringent emissions regulations. Since a plug-in hybrid Grenadier has been ruled out and a fuel cell model is not due in the next five years, the company needs to find a different solution to meet the necessary CO2 target.

It would seem the best way to tackle this issue is a battery-powered electric vehicle. While visiting the factory in Hambach, France where the Grenadier will be made, Automotive News Europe learned testing of EV prototypes will commence by the end of 2022. The all-terrain SUV is going to be assembled at the former Smart factory, bought by Ineos from Daimler a couple of years ago. 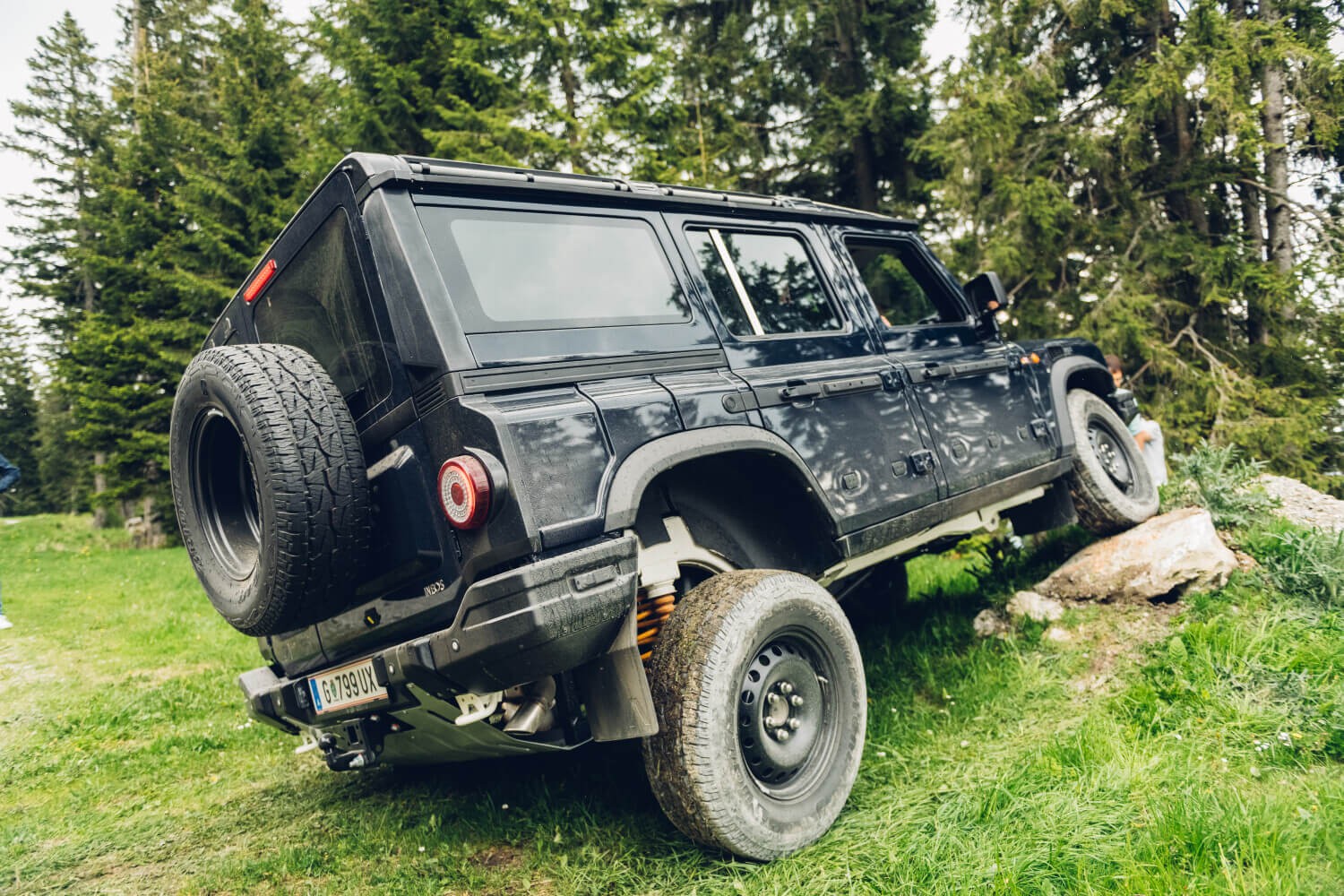 However, there are concerns with the weight of the battery pack since it has a negative impact on the commercial model’s payload capacity. Since the Grenadier has been developed together with Magna Steyer as a veritable workhorse, it needs to offer plenty of hauling capabilities. Ineos Automotive aims to sell two- and five-seat van derivatives of its Land Rover Defender competitor.

Speaking of which, the Gerandier came to life after Jaguar Land Rover refused to sell the tooling of the classic Defender after the model went out of production several years ago. It explains why the new off-roader has a similar boxy shape with an old-school vibe also seen in the Mercedes G-Class. Commercial director Mark Tennant admitted in an interview with ANE the battery pack “will probably add a ton of weight.” However, he remains optimistic since battery tech continues to evolve.

Following its European launch in July, the Ineos Grenadier will go on sale in the US next year exclusively with a gasoline engine to rival high-end Jeep Wrangler and Ford Bronco models. It’s unclear when the EV version will arrive, but since testing won’t kick off until late 2022, don’t expect a production version sooner than the end of 2023 or early 2024.

As a final note, Land Rover has already announced an all-electric variant of the modern Defender will arrive in the coming years.

Previous articleNissan And Infiniti Tease Made In USA Electric Vehicles Coming In 2025
Next article2022 Volkswagen e-up! Officially Back On Sale To Rival Dacia Spring