Next Audi A4 To Come Exclusively With Electrified Powertrains: Report

With the new Mercedes C-Class out and about while BMW is about to introduce the 3 Series facelift, Audi must fight back as well. The next-generation A4 is expected to hit the market in 2023 and offer only electrified engines. German magazine Auto Bild is certain the luxury midsize sedan won’t get any pure combustion powertrains as the gasoline and diesel units will be hybridized to some extent.

Chances are a 48V mild-hybrid setup will be standard across the range, joined by at least one plug-in hybrid variant with a decent EV range. Auto Bild has it on good authority Audi will drop the six-cylinder engines, with the exception of the RS4 believed to keep its V6. But even the performance wagon will have an electric motor, which should enable a combined output of around 500 horsepower.

Instead of the 3.0-liter diesel available today, the Audi A4 (B10) is said to get a hybrid four-cylinder pushing out as much as 350 hp. The diesel-fueled S4 is on its way to retirement, while a fully electric model is apparently not on the agenda. Archrivals Mercedes and BMW are working on EVs, with a zero-emission C-Class coming by 2025 while an i3 Sedan will be launched this year in China. 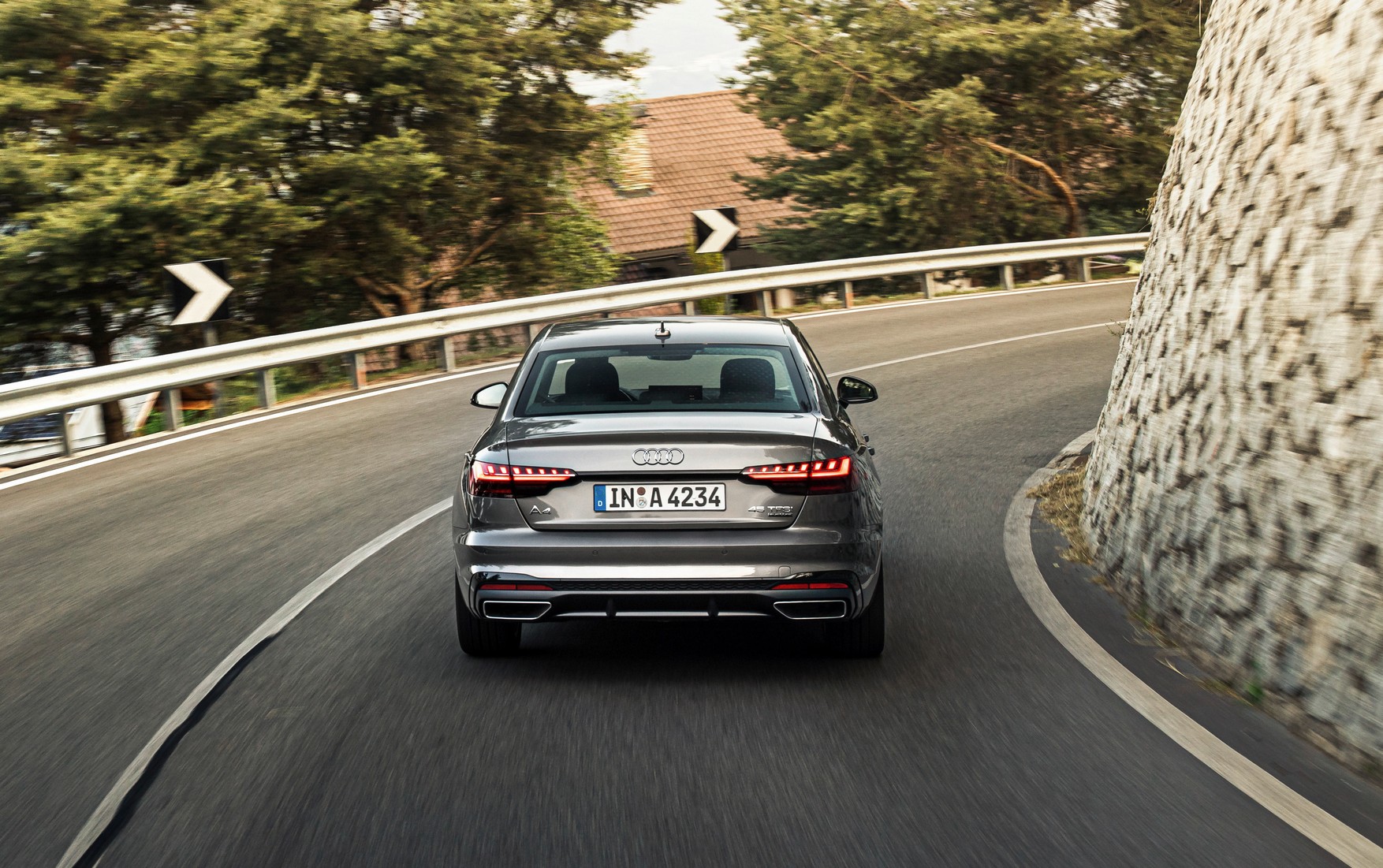 Although an all-electric A4 has reportedly been ruled out, there might be a good reason for that. A smaller EV to slot below the E-Tron GT is said to be in the works. It’s the first time we’re hearing about such a potential addition to Audi’s E-Tron family, which Auto Bild claims will arrive as early as next year. Perhaps the model in question is a production version of the A6 E-Tron, a concept introduced last year on the PPE platform co-developed with Porsche.

The A6 E-Tron is rumored to go on sale in China next year with 83- and 100-kWh batteries according to local reports. Featuring all-wheel drive, the electric Sportback could have a pair of electric motors good for a sprint to 62 mph (100 km/h) in 5.7 seconds. The base model will rely on a sole motor and two-wheel drive for a sprint in 7.6s.

As a final note, Audi will introduce its final new car equipped with combustion engines in 2025. From 2026, all vehicle debuts will be EVs, prior to 2033 when production of vehicles with ICEs will come to an end. However, the Four Rings have stated it could still make gasoline-powered vehicles beyond that date in China, depending on local demand.