VW signaled its intentions towards coming out with an electric sedan at the 2019 Frankfurt Motor Show with the ID Vizzion concept. Later that year, the ID Space Vizzion concept arrived at the Los Angeles Auto Show to preview a more practical body style. The final version of the midsize duo has been previously referred to as the Aero B, but Automobilewoche claims that won’t be the case.

Instead, a closer-to-production concept dubbed E-Passat is set to premiere in the latter half of April at the Beijing Auto Show. The road-going model is apparently scheduled to hit the market in 2023 but with a different name. Rather surprisingly, VW is rumored to utilize the ID.6 moniker, which we’re certain some will find a tad confusing. Why? Because a three-row electric SUV is sold in China as the ID.6 X and ID.6 Crozz through VW’s local joint ventures with SAIC and FAW, respectively.

The aforementioned ID Space Vizzion will morph into a production model as a wagon or a more stylish shooting brake approximately 18 months after the sedan. 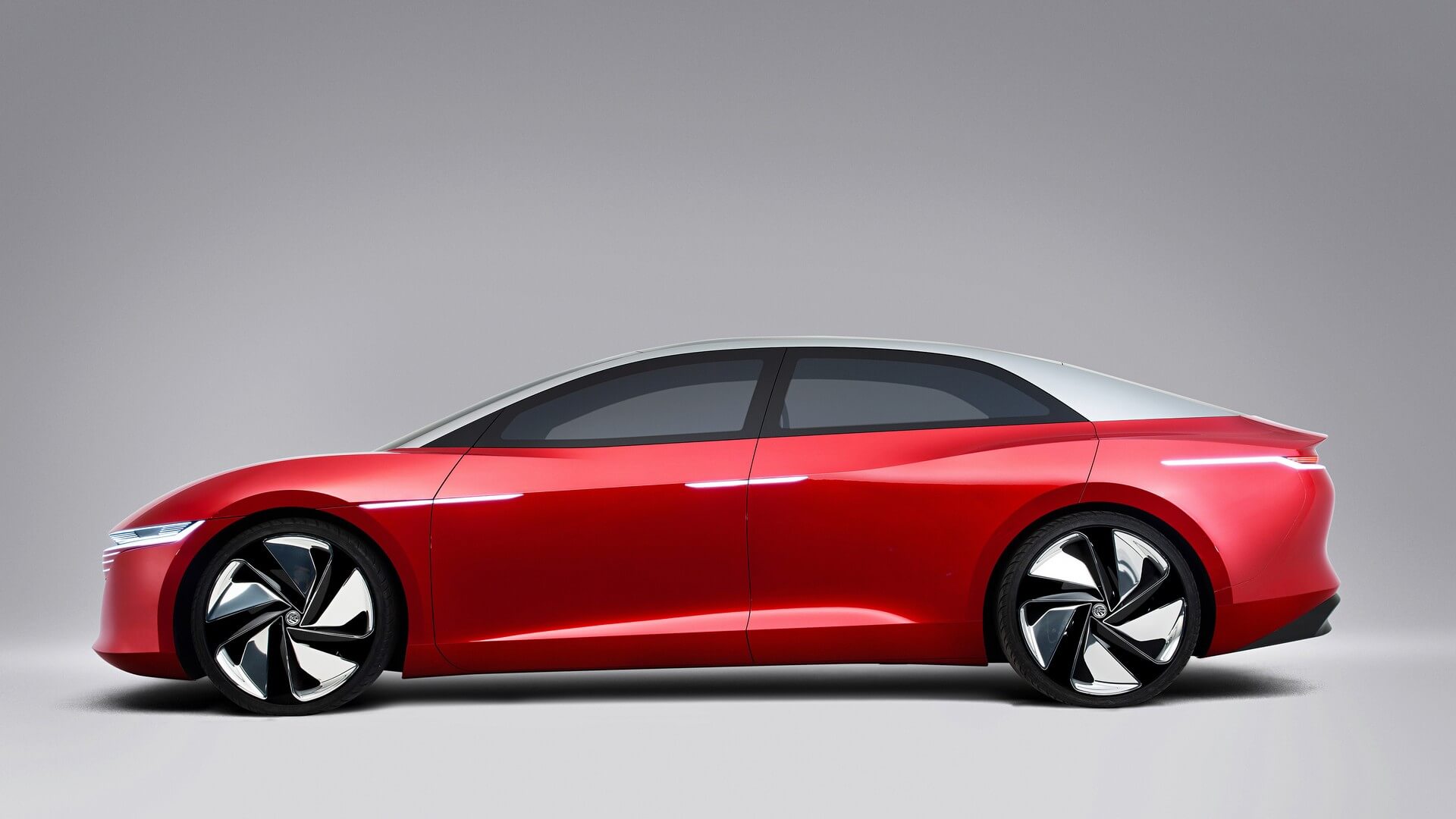 Before that happens, the ID Buzz will finally make its world debut on March 9. It’s set to enter production in the first half of the year in Hannover, with deliveries in Europe to commence this fall for both the passenger and cargo versions. The United States will only get the former, and only from later in 2023.

Further down the line, the Trinity concept VW has been teasing for a while is apparently getting the ID.7 moniker. To the surprise of no one, an ID.7 X is rumored to be in the works as a crossover equivalent. However, Automobilewoche doesn’t exclude the possibility of different names in the same vein as the ID Buzz we mentioned earlier.

Ultimately, an ID.8 large electric SUV is believed to be on the agenda as a replacement for both the mainstream Atlas (Teramont in China) and the more luxurious Touareg. It’ll either be mechanically related to the final Audi Q7 to use combustion engines or it will boast the already announced SSP dedicated electric car architecture.