Better late than never, Nissan is finally electrifying the Juke by giving the funky-looking crossover a hybrid version in Europe. There’s both good and bad news to share as although efficiency is up, practicality has taken a hit due to the added hardware. Beginning with the positive sides, the subcompact model is always electric-only when you start it. In addition, the combustion engine won’t kick in while the car is in first gear.

The 2023 Juke Hybrid combines a 1.6-liter gasoline engine with an electric motor. The former produces 94 horsepower (69 kilowatts) and 148 Newton-meters (109 pound-feet) of torque while the latter is good for 49 hp (36 kW) and 205 Nm (151 lb-ft). Nissan’s alliance partner Renault supplied not only the inverter, but also the 15-kW starter/generator and the water-cooled battery pack with a capacity of 1.2 kWh. 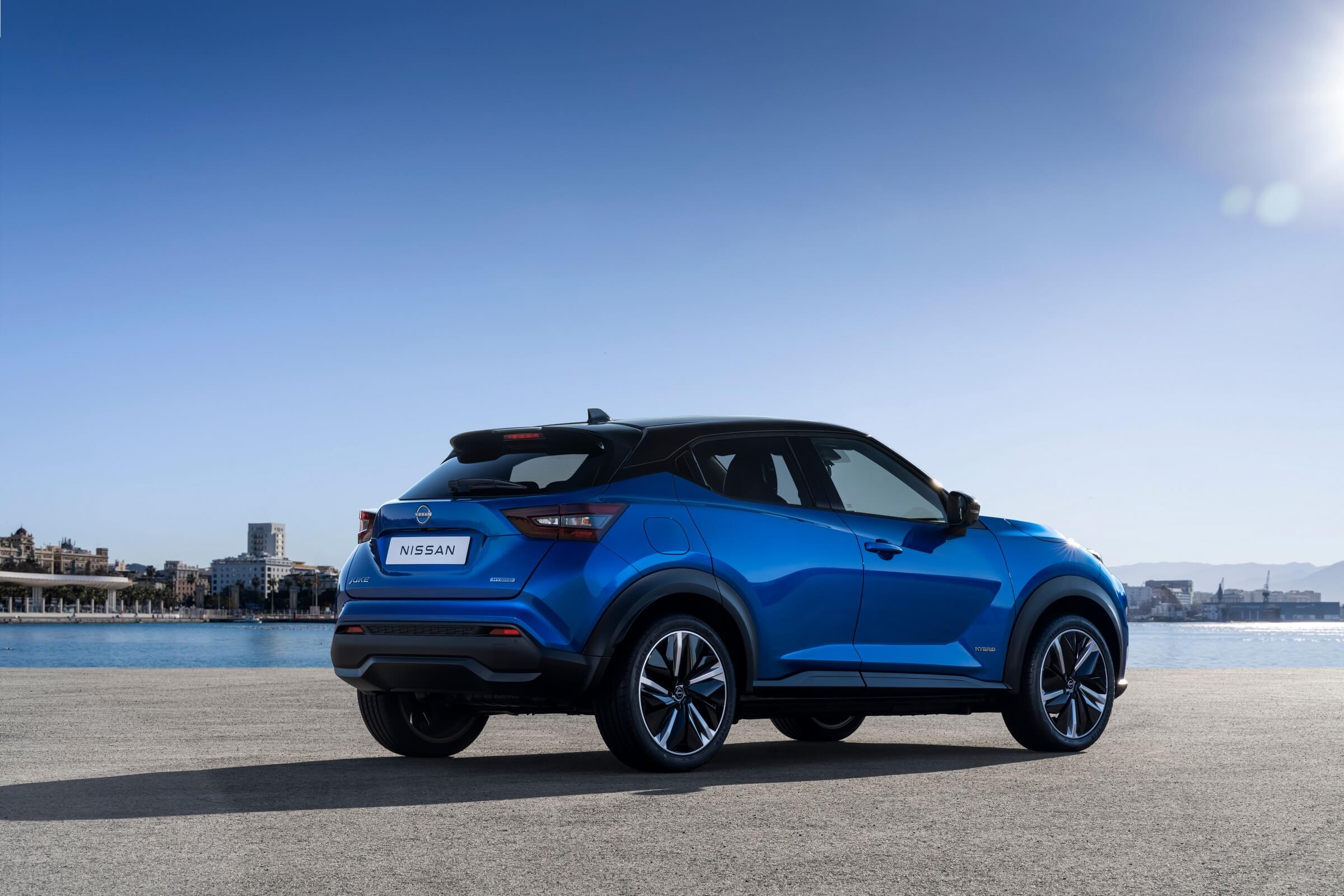 The French automaker with the diamond logo also lent Nissan its “highly innovative” gearbox featuring dog clutches to replace traditional synchronizer rings. The multi-modal transmission has four ICE and two EV gears while lacking a clutch for less friction. The gearbox is smart enough to control battery regeneration and make the optimal shift points to help the hybrid setup deliver an extra 25% of power compared to the gasoline-only Juke.

According to Nissan’s own estimations, the typical owner will be driving the Juke Hybrid around town on electric power for up to 80% of the time. The crossover can reach speeds as high as 34 mph (55 km/h) without sipping any gasoline. In usual operation, the hybrid system always prioritizes the EV mode for maximum efficiency. 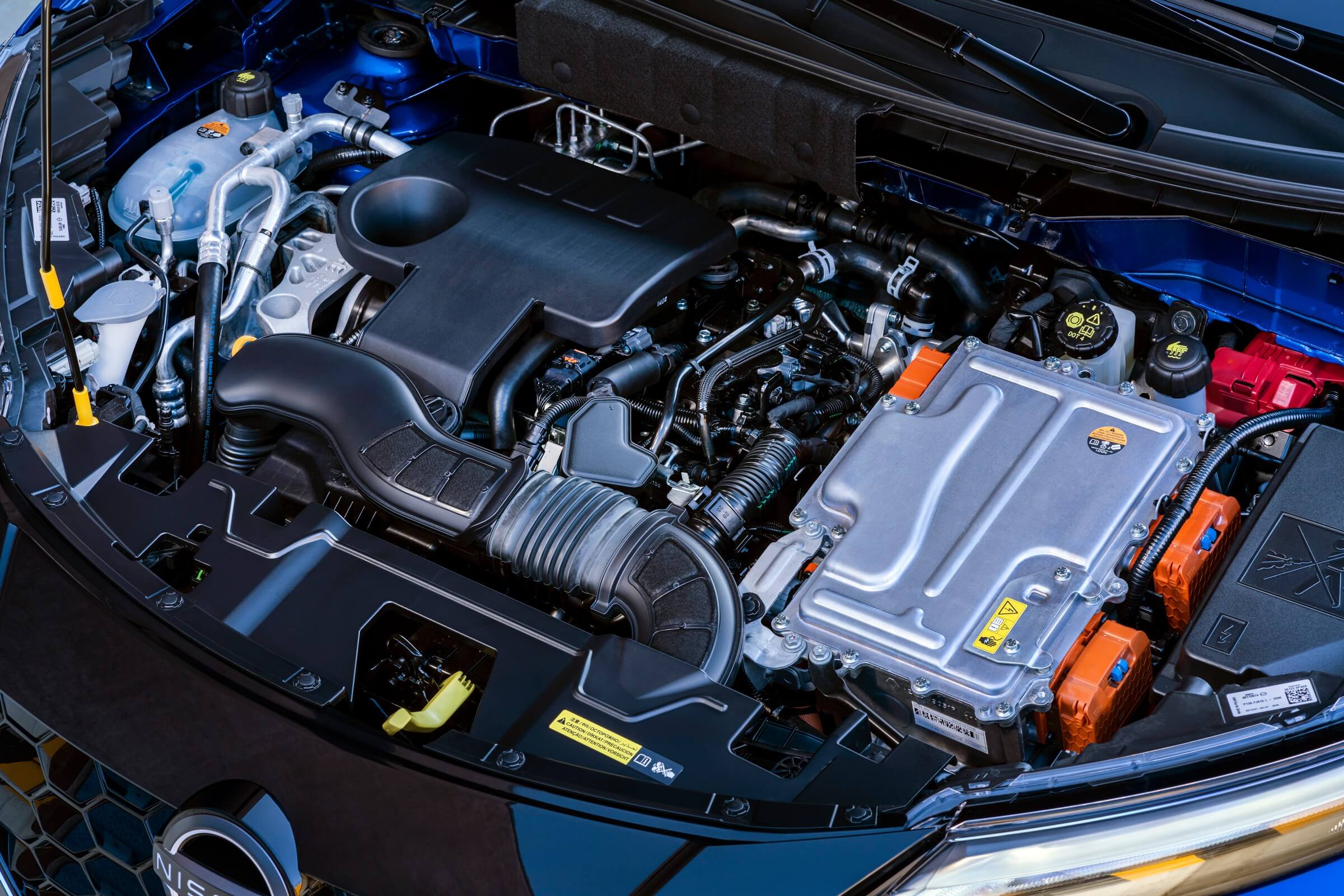 Mirroring the purely electric Leaf hatchback, the crossover offers one-pedal operation for greater comfort and better energy recuperation during braking. Discreet styling changes have been made to boost aero, including a reshaped rear spoiler. The fresh two-tone 17-inch and 19-inch wheels set it apart from the ICE-only Juke, with the bigger set derived from the alloys first seen on the Ariya electric crossover. The mildly updated corporate badge has also been installed.

As for the bad news, the Juke Hybrid loses 68 liters of cargo volume compared to its conventionally powered sibling. The trunk capacity behind the rear seats is down to 354 liters after adding the battery pack. For those in need of more space, folding the rear bench increases volume to 1,237 liters, which Nissan claims is still a best-in-class figure. Also worth pointing out rear legroom has remained unchanged, at 553 mm.

Going on sale later this year in Europe, the Nissan Juke Hybrid should cost roughly the same as the Renault Captur E-Tech Hybrid.