Volvo’s electric spin-off Polestar is a relatively new brand, so it shouldn’t come as a surprise the lovely O₂ concept is only the firm’s second showcar ever. It follows in on the Precept’s footsteps by adopting a similar design language, but adapted for a roadster body style. It has impressively short front and rear overhangs as one would expect from a dedicated EV.

The low-slung convertible with a fairly wide body perfected to maximize aerodynamics hosts a 2+2 cabin. Interestingly, it rides on a bonded aluminum platform borrowed from the Polestar 5, a four-door electric gran turismo that won’t go on sale until 2024 as a production-ready Precept. The architecture is being developed in-house by a team based in the United Kingdom and aims to deliver high levels of rigidity and tight body control to sharpen up handling. 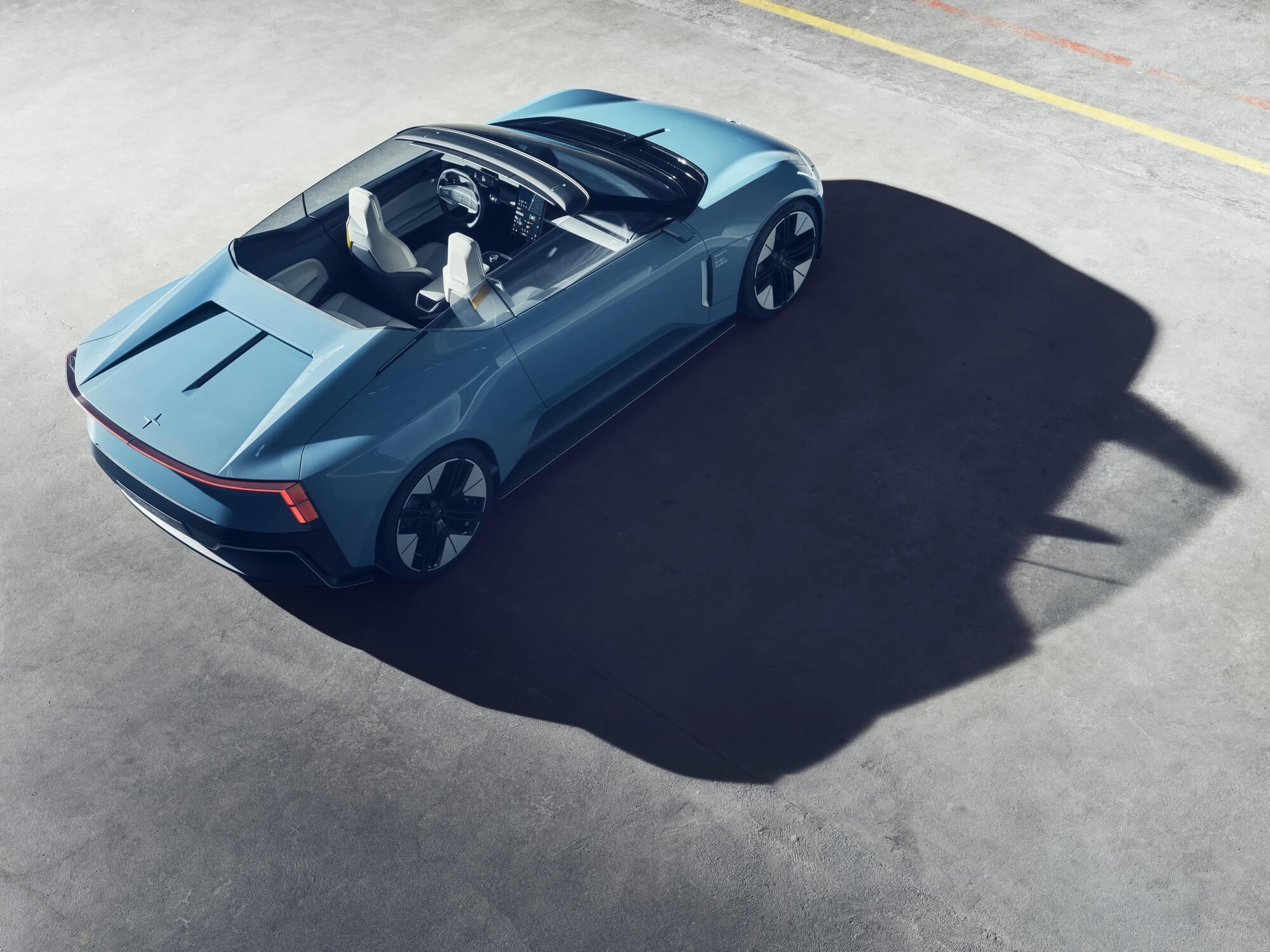 The sleek taillights serve a double purpose as they also work as air blades to diminish turbulence behind the vehicle. Polestar has fitted the O₂ concept with built-in ducts for better airflow over the side profile and wheels to improve efficiency and achieve a greater range between charging cycles. Typical of a dedicated EV, it has a long wheelbase in relation to the overall length, thus creating a cabin spacious enough to accommodate rear seats.

Speaking of the interior, it makes extensive use of a newly developed thermoplastic mono-material. If you’re unfamiliar with the term, it refers to a single base material to manufacture multiple components installed throughout the cabin. All of the soft-touch areas inside rely solely on recycled polyester.

Behind the rear seats is a nifty autonomous cinematic drone that can follow the Polestar O₂ concept at speeds of up to 90 km/h (56 mph). Once filming is done, the driver can park the car and edit the footage by using the massive 15-inch touchscreen of the infotainment system.

Sadly, there’s no word about putting the concept into production.