In case you’ve missed the memo, DeLorean aims to be back in the automotive game after decades of being dormant. Made famous by the Back To The Future movies, the sports car from the 1980s is returning with an electric twist, fit for the new era of the automobile we’re entering. The DeLorean Motor Company announced today that the public debut is scheduled to take place on August 21 on the Concept Lawn at Pebble Beach.

However, the online premiere will happen a few days earlier, on August 18. Mind you, we won’t be seeing a production car, but rather a prototype styled by Italdesign. The famous Italian design house also penned the DMC-12 with its spectacular gullwing doors. A new teaser released today provides a glimpse of the EV’s rear end, which sends a bit of an Audi vibe. 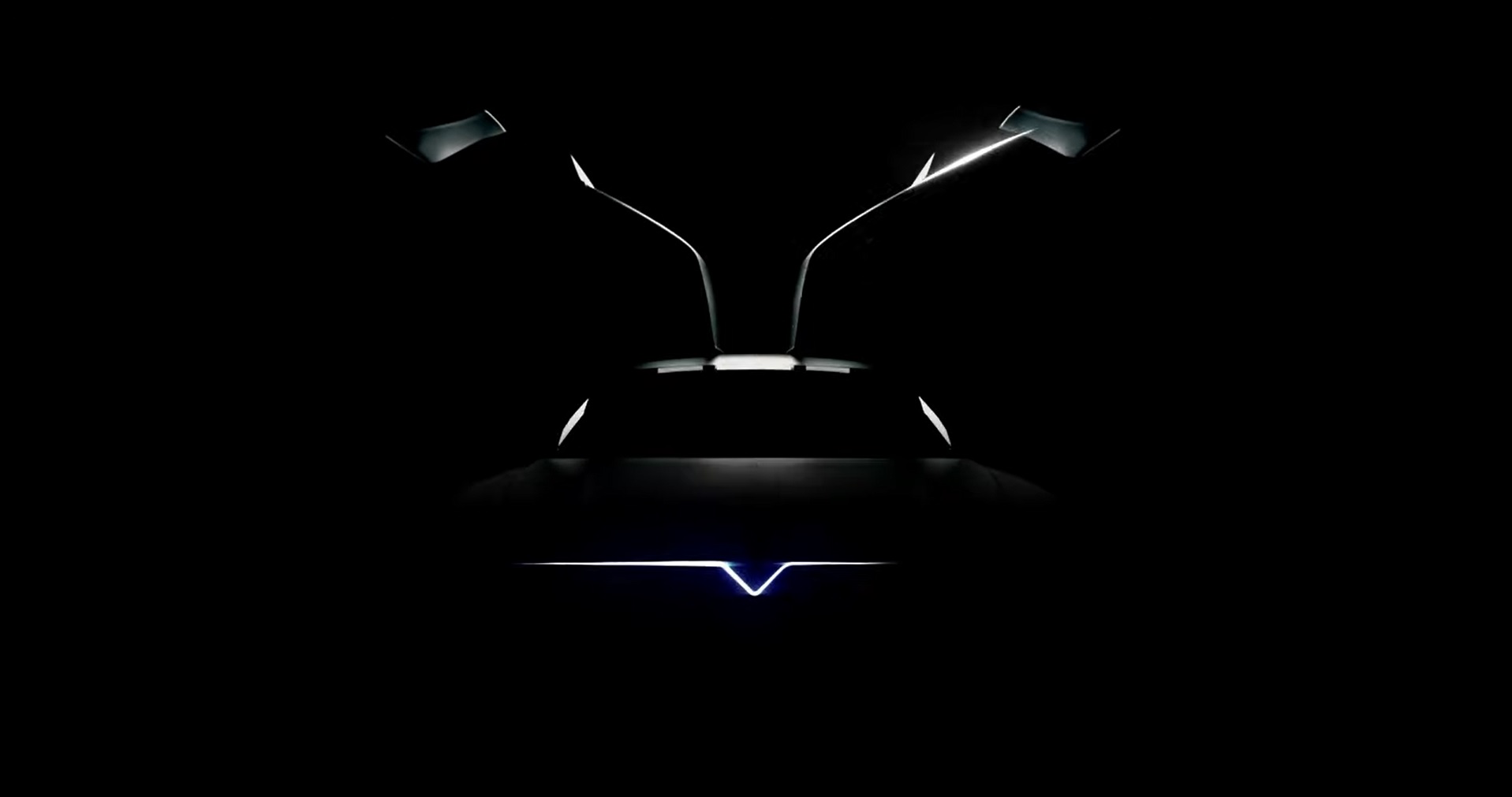 Speaking of the gullwing doors, you can already see the cutouts in the roof for the doors that open upwards in the same vein as the original, ill-fated sports car. Hopefully, the DMC-12’s spiritual successor will be more successful than its short-lived predecessor. The new concept car will go by the official name of EVolve and is expected to offer more than 300 miles (483 kilometers) of range.

The electric sports car won’t be an all-DeLorean effort as aside from externalizing the styling to Italdesign, the EVolve will use batteries and electric motors from a third party. Don’t expect hypercar performance, but DeLorean Motors Reimagined chief executive office does say it’s been developed for “people who want to drive.” Since the newly founded company is small, the initial plan is to sell the car in low numbers. It’ll ride on a bespoke platform with a design that’ll make compromises in terms of aerodynamics for the sake of style.

It’s perfectly normal to remain skeptical even with new teaser images coming out, but we’re keeping our fingers crossed that this car will be more than just a pretty rendering.