As the model’s name implies, it’s essentially an SUV version of the Mercedes-EQS, carrying over the hardware and technology. That means it shares the same massive 56-inch Hyperscreen with three front displays housed within a single piece of curved glass. As standard, it gets electrically adjustable second-row seats while those individual third-row seats will cost extra.

Compared to the regular EQS upon which it’s based, the SUV is 7.8 inches (20 centimeters) taller for better ground clearance. It even has a dedicated off-road mode with a hill-descent feature, while rear-wheel steering is standard. The latter has a 4.5-degree maximum angle, but can be optionally bumped to 10 degrees via an OTA update. 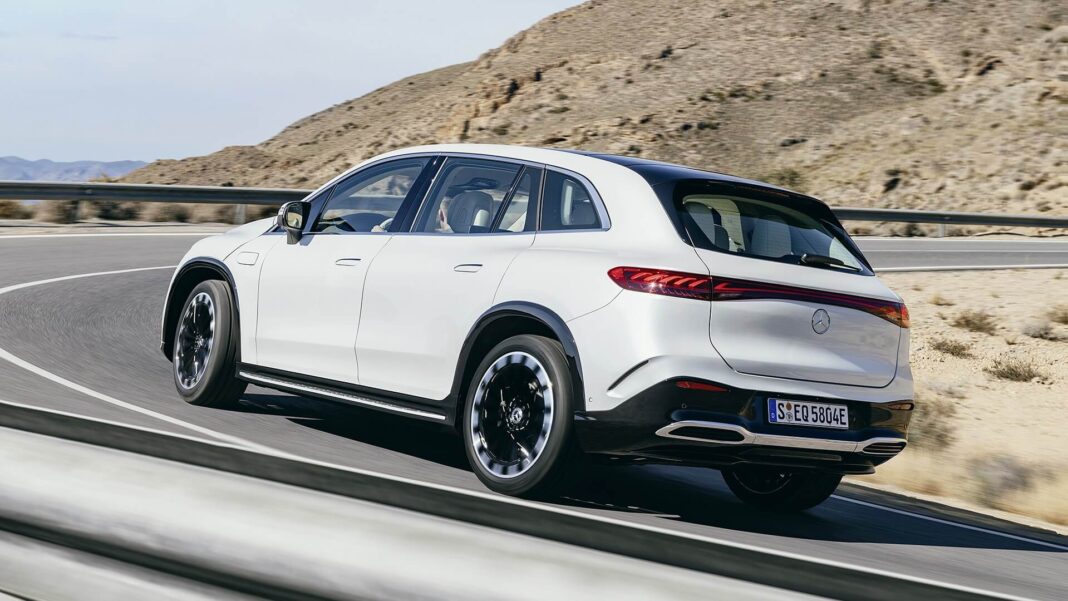 As expected from a flagship luxury SUV, the Mercedes-EQS gets standard air suspension for a silky-smooth ride. The list of goodies includes a HEPA filter, ventilated seats, five-zone climate control, and a head-up display with AR. Speaking of comfort, the massive wheelbase of 126.3 inches (3,21 meters) makes the cabin supremely spacious. The distance between the axles is far greater than its rivals, even if the Model X also has three rows. 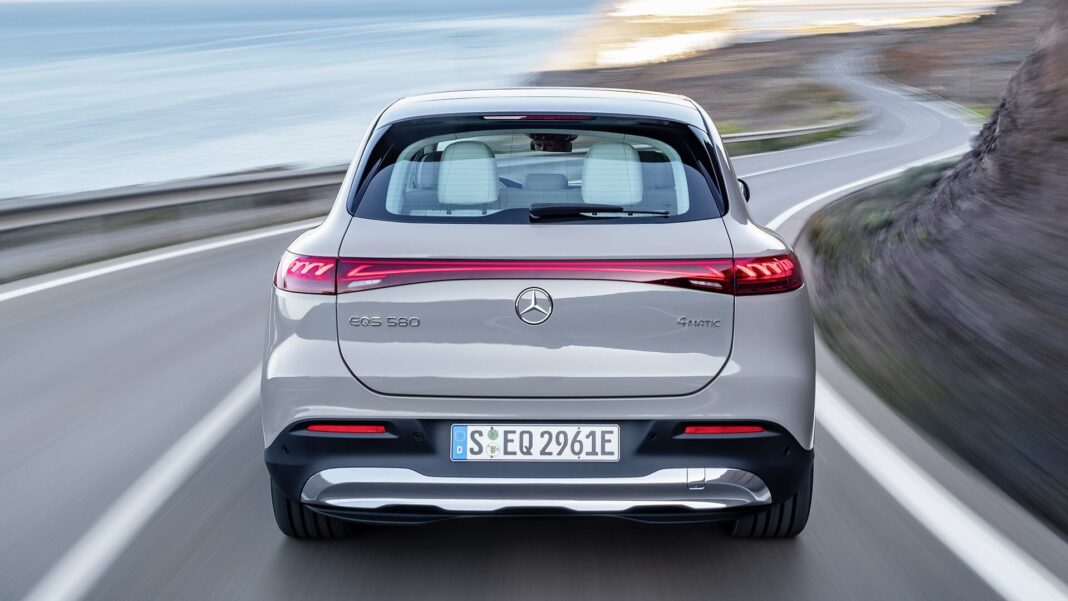 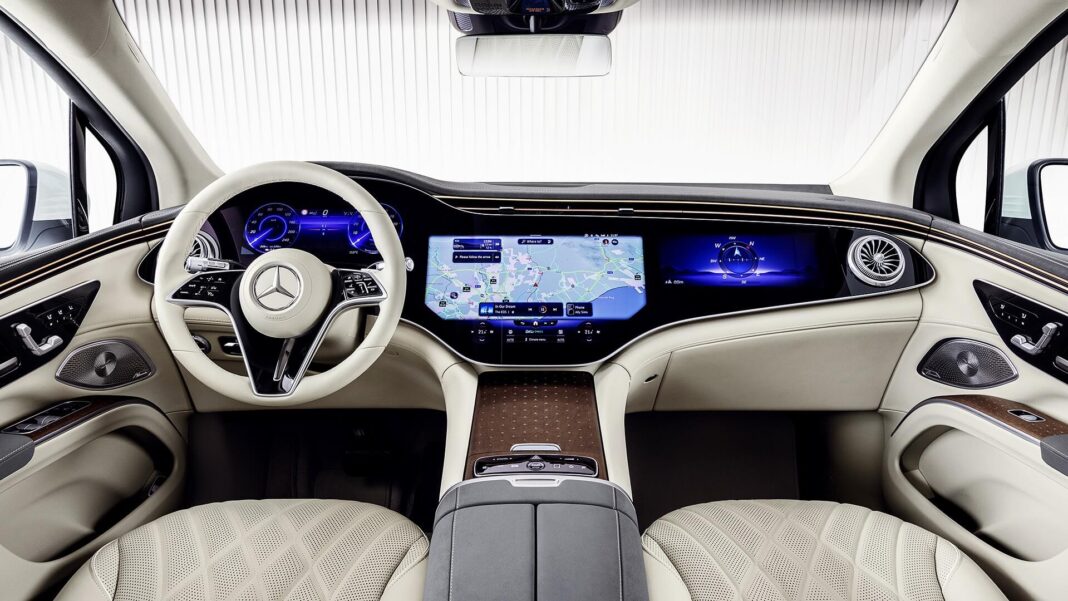 Mercedes will build the EQS SUV in Tuscaloosa where the EQE SUV is going to be assembled as well. The larger of the two will be arriving at dealers in the US towards the end of the year. The smaller should follow shortly, with an electric G-Class to land in the coming years. These new dedicated EVs will join the EQA, EQB, and EQC crossovers, which are electric adaptations of their respective combustion-engined models.

Previous articleBMW i7 vs Mercedes-Benz EQS – Comparison
Next articleUK Pushing for 300,000 Charging Stations