Mercedes EQS technical specs released: up to 516 hp and 631 lb-ft

Aside from revealing the maximum range of 770 kilometers (478.5 miles) with the 107.8-kWh battery pack along with a drag coefficient of 0.20, Mercedes has been coy on details regarding the technical specifications of its hotly anticipated flagship electric car. That all changes today as the German luxury brand is providing in-depth details about the EQS fullsize electric sedan prior to its world premiere on April 15.

Without further ado, here’s what you need to know. All versions of the 2022 Mercedes EQS are going to have an electric motor at the rear axle, while the 4Matic-equipped models will add an electric motor at the front wheels to enable an AWD system. Power output will vary between 245 kW (329 hp) for the base model to 385 kW (516 hp) for the range topper, with an even more powerful variant in the works and likely labeled as an AMG. 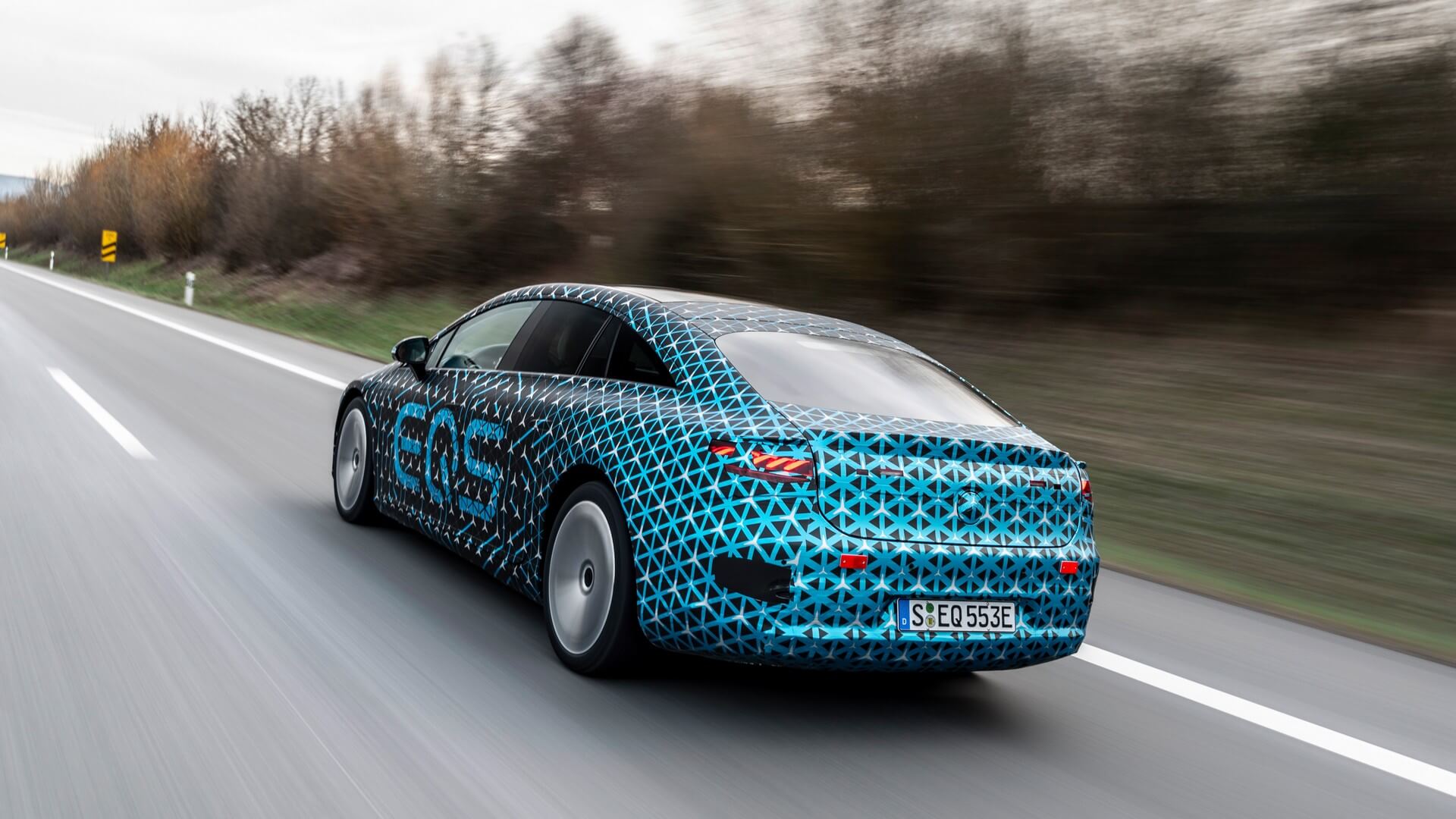 As far as torque is concerned, Mercedes says the base rear-wheel-drive model (known as the EQS 450+) is going to offer 568 Newton-meters (419 pound-feet) whereas the hotter EQS 580 4Matic will provide a massive 855 Newton-meters (631 pound-feet). We also know the electric luxobarge is going to have an electronically limited top speed of 131 mph (210 km/h) although we won’t be too surprised if the AMG variant will be faster.

Aside from the already revealed 107.8-kWh battery, the EQS will also be offered with a smaller 90-kWh pack for the more affordable versions. Support for 200-kW charging has been confirmed, in which case you’ll get up to 300 kilometers (186 miles) of range in the WLTP cycle after only 15 minutes of charging. The car’s battery management software will get better with time as the vehicle has been developed to support over-the-air (OTA) updates. 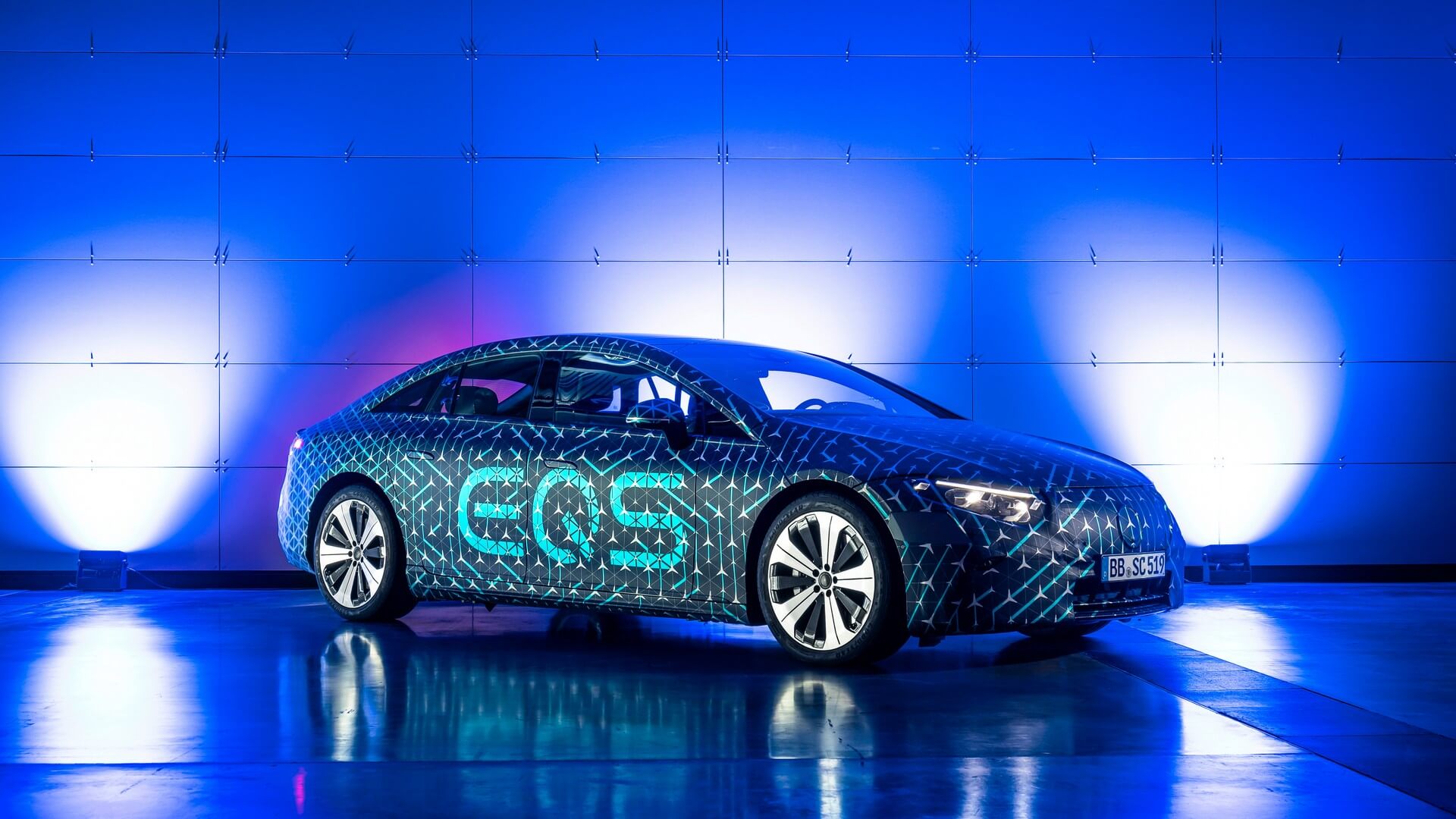 The battery size will depend on whether the EQS is rear- or all-wheel drive, meaning the 90-kWh pack will be installed in the EQS 450+ while the larger 107.8-kWh battery is reserved for the EQS 580 4Matic. In Japan, Mercedes will sell its flagship electric car with support for bidirectional charging, so owners will have the possibility to feed electricity from the car back into the grid if necessary.

Other details released by the three-pointed star include the availability of aerodynamic wheels in sizes varying from 19 to 21 inches, plus a 22-inch set that might be exclusive to the AMG model. Many measures have been taken to reduce wind noise, such as installing retractable door handles, laminated glass panes, special trim in the A-pillar, and tweaks to the door structure. 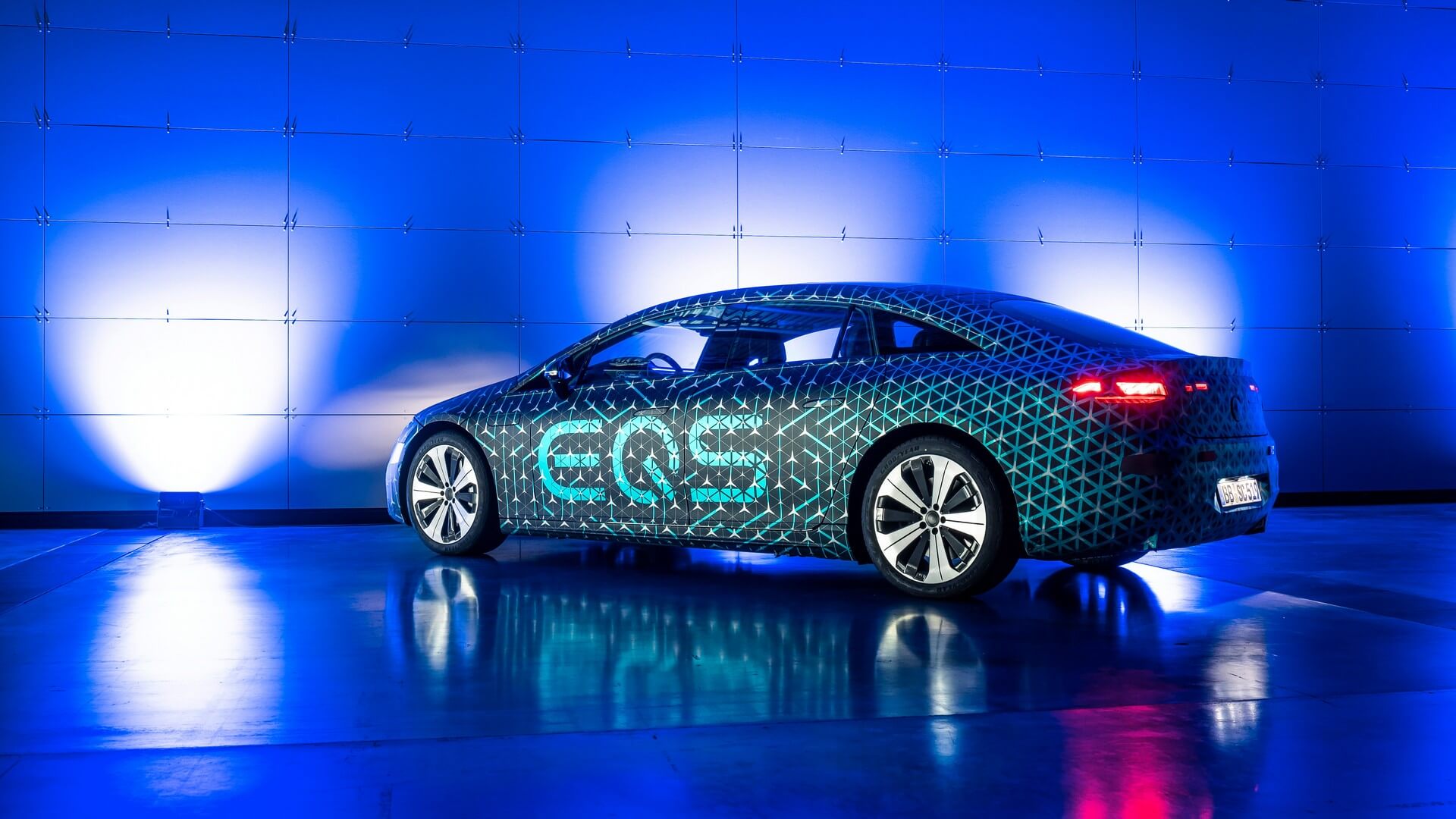 For the first time in a Mercedes model, the EQS has no fewer than six side windows. More than 80 kilograms (176 pounds) of components are made using recyclable materials or renewable raw materials. The car’s production itself is completely green as the electric sedan is built in a carbon-neutral environment at the Factory 56 in Sindelfingen where the company has its most technologically advanced factory in the world.

Following the world premiere later this month, the EQS will be followed in September by the smaller EQE to take on the Tesla Model S. In 2022, Mercedes will roll out SUV equivalents of both sedans as part of an EV onslaught that already includes the EQA and EQC crossovers along with the EQV van, with the EQB coming later this year.