BMW took its sweet time coming after the Tesla Model 3, but the i4 is finally here. The BMW i4 M50 is not a full M model, but has a lot going for it courtesy of dual motors and all-wheel drive. While the Tesla is a bespoke electric vehicle, the i4 is not a dedicated EV since it shares its platform with the 4 Series Gran Coupe.

On paper, the M3P has a couple of important advantages as it’s substantially cheaper and has a longer range. It doesn’t have the build quality or the prestige of a BMW, but has the straight-line performance to live up to its suffix. TFLEV tested the two electric performance vehicles back-to-back in 0 to 60 mph runs before doing a couple of drag races. 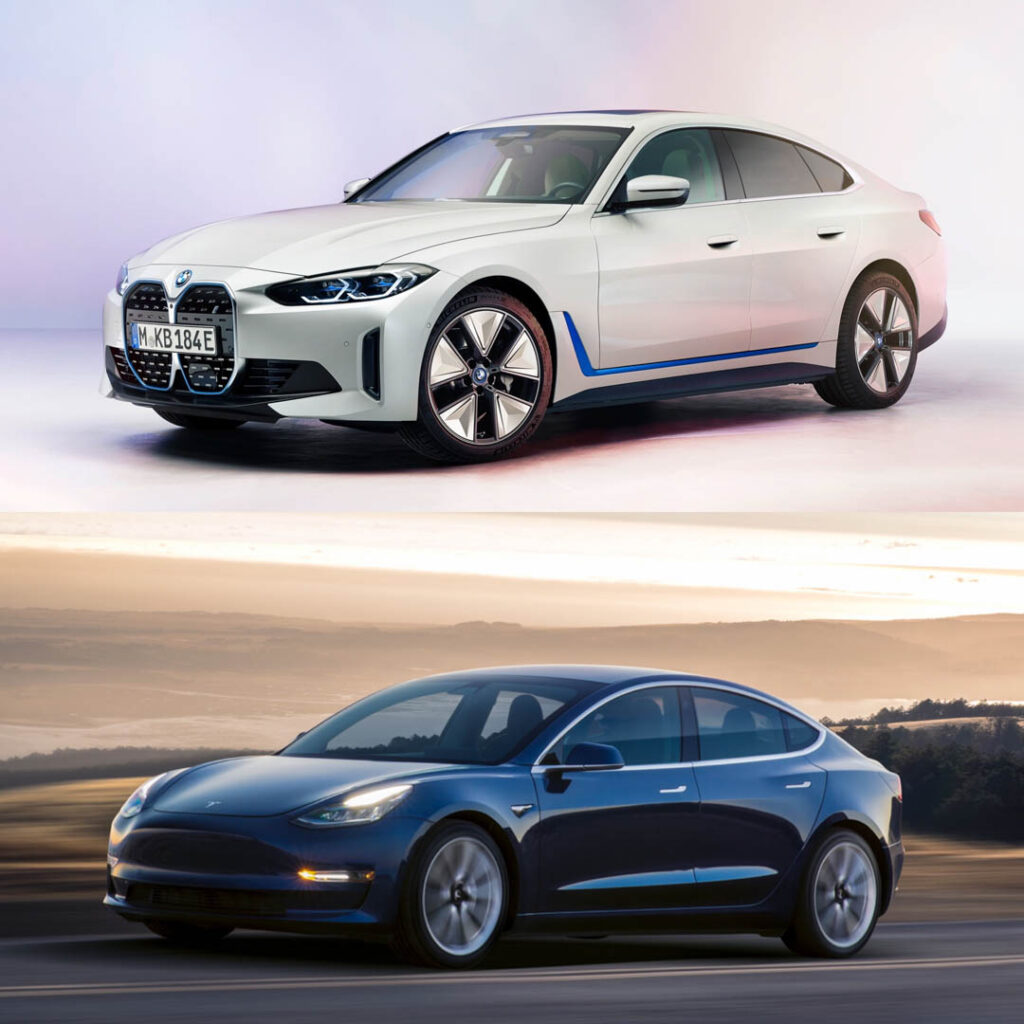 The Tesla Model 3 Performance hit 60 mph from a standstill in 3.63 seconds, thus comparable to supercars from not that many years ago. As for the i4 M50, it held its own since the electric M Performance was barely any slower. It did the job in 3.72 seconds, which means a true M version of the i4 would beat the Tesla.

In the subsequent drag races, the BMW had to settle for second place. It’s largely because the Model 3 Performance had a better start in both instances. In the first quarter-mile run, the i4 M50 completed the run in 11.98 seconds at 119.2 mph. As for the Tesla, it crossed the finish line in 11.83 seconds at 118 mph. The BMW’s higher trap speed means it was beginning to catch up, but it was too little too late.

It was déjà vu in the second drag as the M3P once again took the win. The Tesla completed the sprint in 11.92 at 118 mph whereas the BMW needed 12.06 seconds at 120.8 mph. Again, the i4 M50 was faster by the end of the race, but not enough to recuperate the lost ground.