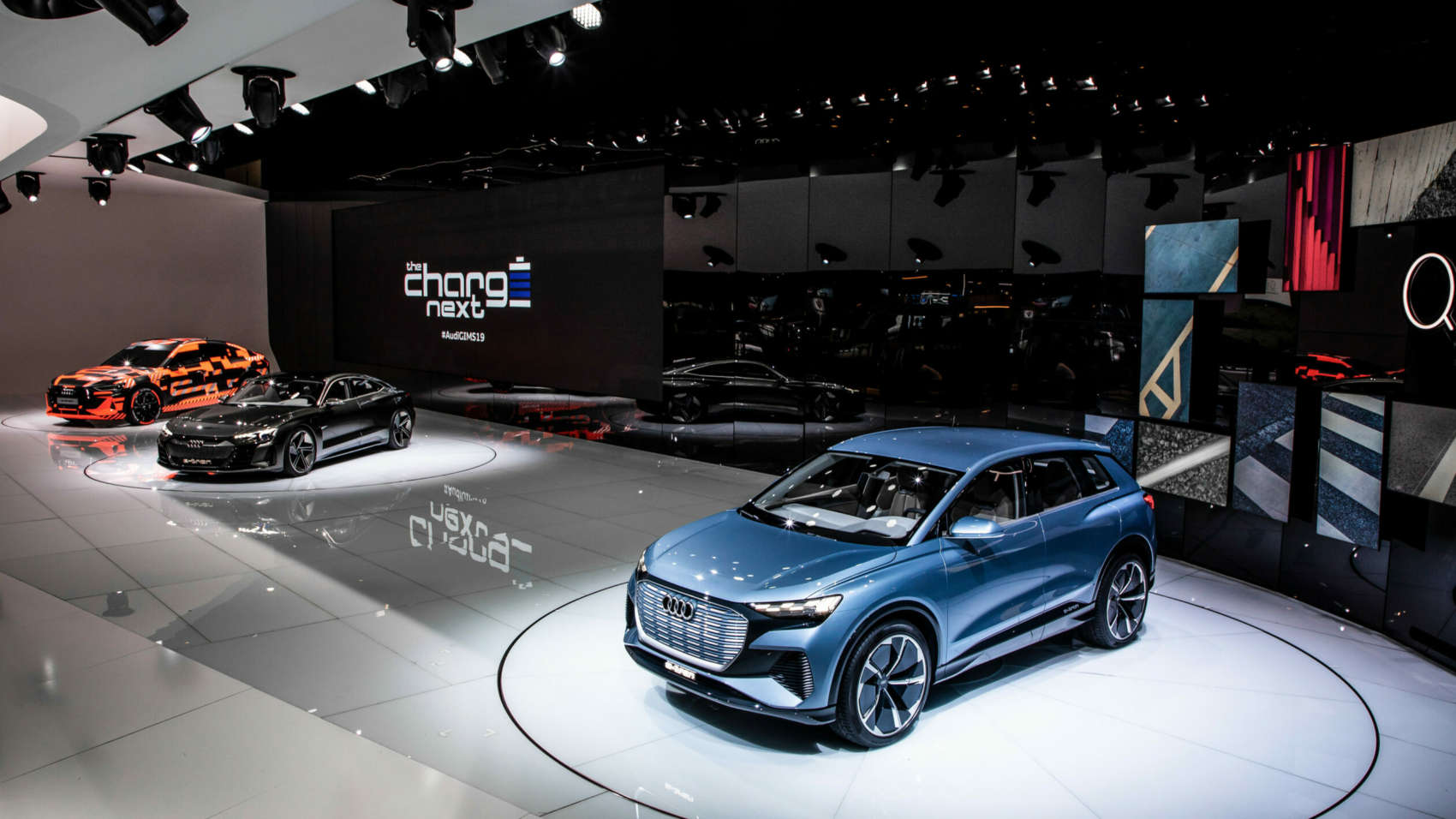 Right now, the biggest issue with the Audi e-tron in America is its price. Sure, its weight is a bit of an issue as well, being that it weighs as much as a small aircraft carrier, but its price is what’s keeping American customers away. It costs nearly $80,000 to get a decently equipped one and that’s too much for an EV with only 204 miles of range.

However, the four-ringed brand will be launching a new EV with a more palatable price tag in the near-ish future — the Audi Q4 e-tron.

We’ve known about the Q4 e-tron for some time now but Car and Driver is now reporting that it will be the cheapest Audi EV on sale in America. According to this report, the Audi Q4 e-tron should start at around $45,000 in the ‘States, which puts it right in line with a pretty entry-level Audi A4.

Admittedly, $45,000 seemed a bit high to me at first but then I realized that customers eat the A4 up at that same price tag. So if Audi offers healthy lease incentives for the Q4 e-tron, what American customer wouldn’t get an all-electric crossover with newer styling over the similarly priced sedan?

See also  Mazda: MX-30 small range not a problem as owners have a second car

The Audi Q4 e-tron will be built on the VW Group’s new MEB architecture, which will also underpin the VW I.D. line of electric cars. So it will be rather small but expect it to be packaged better than the current e-tron. The current e-tron SUV is build on Audi’s MLB Evo II architecture, which is the same traditional architecture that underpins the Audi Q7. Converting a conventional car platform to EV-duty makes the car heavy, expensive and ruins interior space. So the Q4 e-tron will be more spacious than you might expect on the inside, due to its dedicated EV architecture.

Both Audi and Car and Driver are mum on the range but the Q4 is said to use an 82 kWh battery pack, which is only about 13 kWh less than the much heavier, less efficient e-tron SUV. So expect the Audi Q4 e-tron to have more than 250 miles of range.

The Q4 is among the most exciting Audi models in the current pipeline. Not only will it be fairly priced but government tax incentives will help bring that cost down and attractive lease deals will put customers in e-trons. So while it’s not a supercar or sport sedan, the Q4 e-tron will offer an all-electric, crossover Audi package for the same price as an Audi A4. That’s hard to not appreciate.