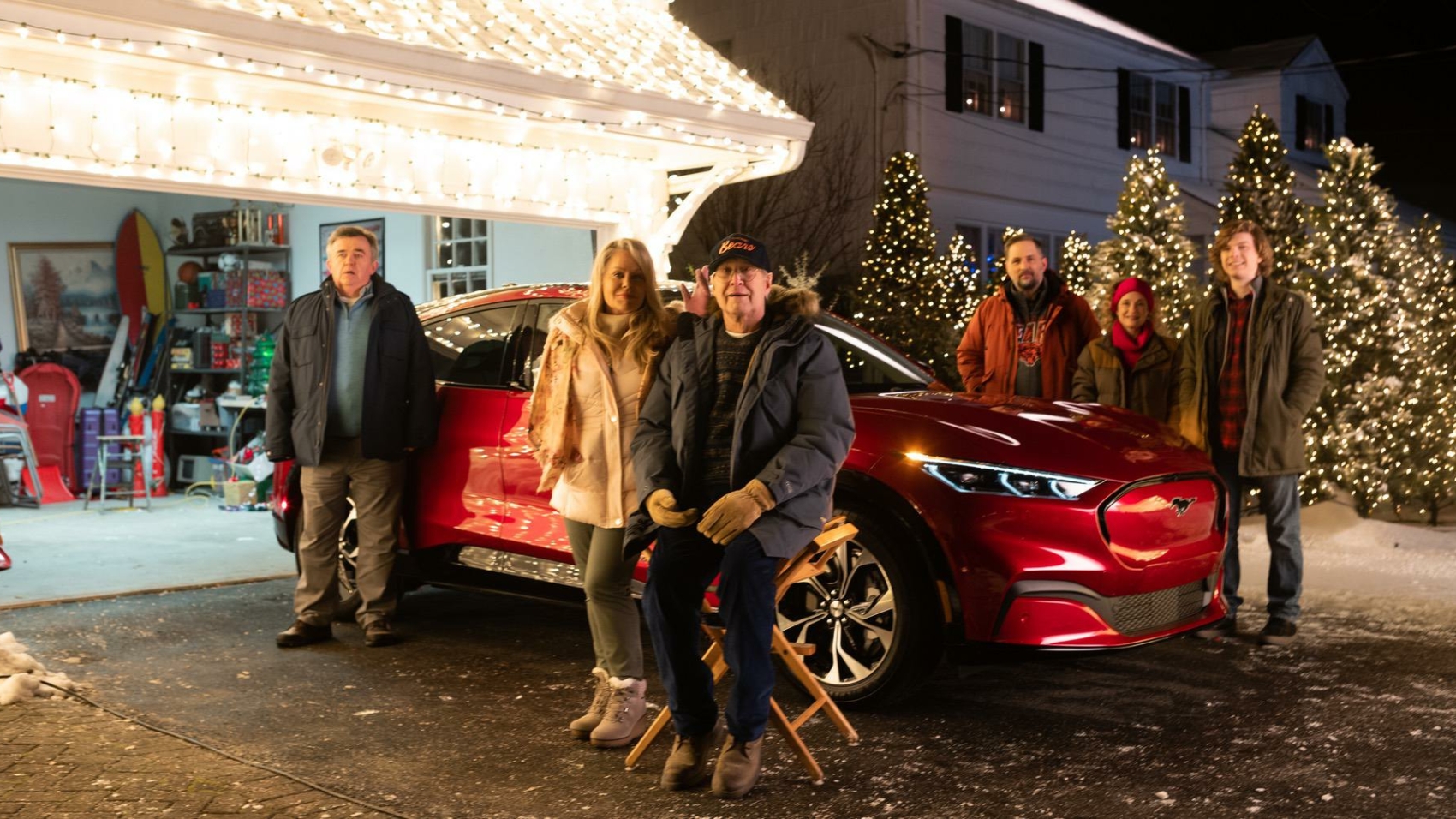 Without a shadow of a doubt, the new Mustang Mach-E is one of the most important debuts from Ford in the last decades. The fully electric SUV is certainly benefitting from a generous marketing budget, and some of the money has been put to good use to hire Chevy Chase and Beverly D’Angelo. The two actors star in a reenactment of perhaps what was the most famous scene from the 1989 movie National Lampoon’s Christmas Vacation.

The third movie from the hilarious franchise has been updated for 2021 to include the Mustang Mach-E, shown here as a pre-production model in the Premium trim level. For those old enough to remember the movie, the reenactment is a faithful reproduction of the original scene, with Ellen Griswold played by the now 69-year-old Beverly Heather D’Angelo coming to the rescue, saving Chevy Chase from a major embarrassment in front of the family.

Understandably, the moment the lights are on, all eyes are on the Mustang Mach-E parked in front of the garage. It’s not the ‘Stang from “back when cars made sounds,” but it’s certainly special enough to divert the attention from all the Christmas lights adorning the Griswold home.

For those familiar with the movie franchise, the roles of children – Audrey And Rusty Griswold – were played by different actors, and that’s the case with this scene turned into a Ford ad. The Blue Oval is playing the nostalgia card with the new Mustang Mach-E commercial, and makes us wish Warner Bros should consider a sequel, separate from NBC’s National Lampoon’s Christmas Vacation 2 spin-off about Cousin Eddie.

The ad comes only one day after Said Deep, Director of Ford North America Communications, tweeted about customer deliveries of the zero-emissions SUV being underway in the United States. Those eager to get behind the wheel of the performance-oriented GT trim level will have to wait a while as Ford won’t start shipping these until late summer 2021.