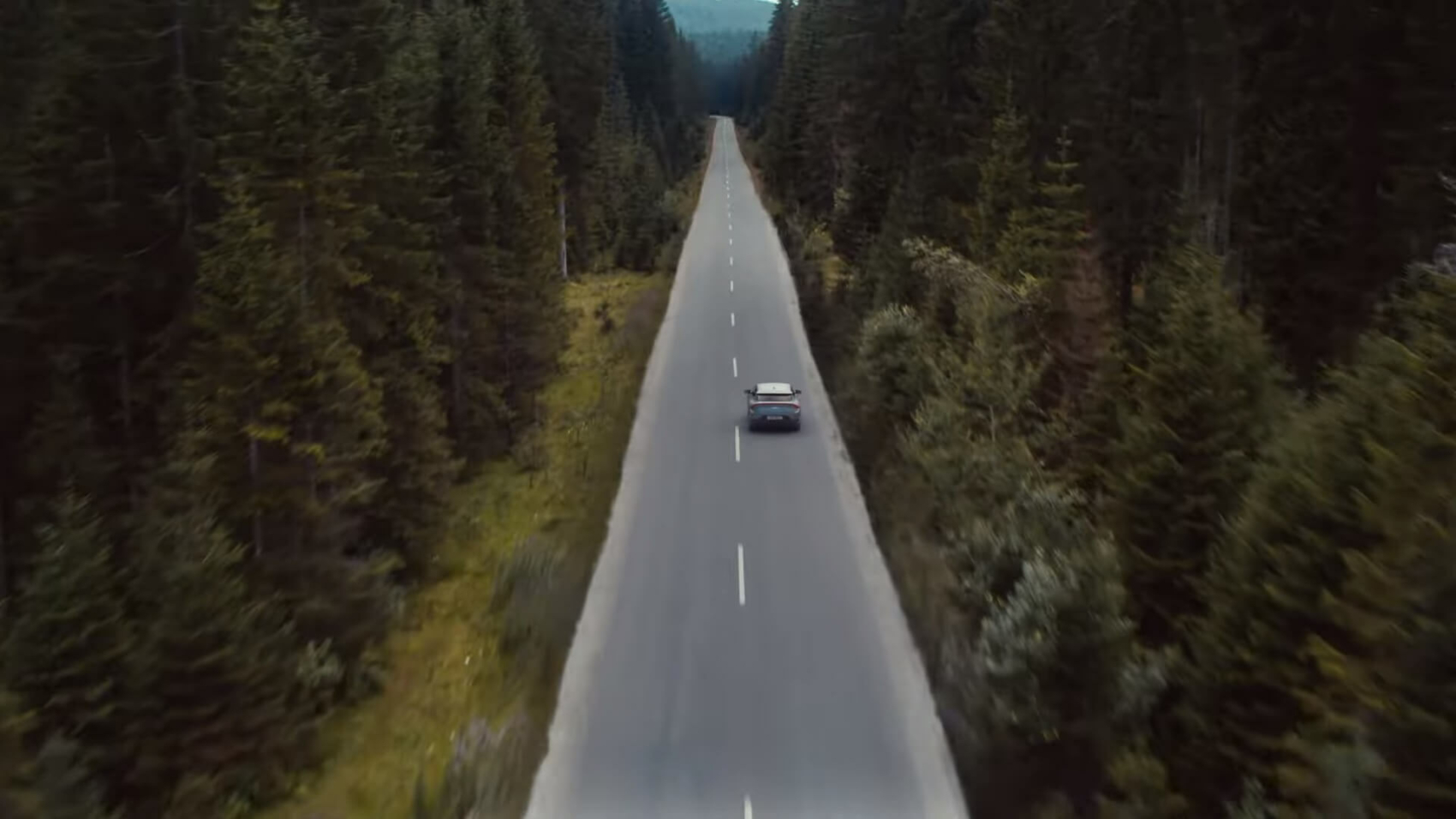 It was earlier this week when Kia unveiled its Plan-S long-term strategy, which involves introducing seven different electric vehicles by 2027. All of them were previewed as shadowy silhouettes, and now we get to take a second look at the new crossover arriving later in the first quarter of 2021. Known internally as the “CV,” the new model appears at the 0:54 mark in the attached video.

Dubbed “Brand manifesto,” the new commercial highlights Kia’s transformational plan, involving a more modern corporate logo and the adoption of a new slogan – “Movement that inspires.” Filmed from above, the electric crossover can be seen for a split second, featuring full-width taillights and a coupe-like roofline. It is believed the upcoming EV will take after Imagine concept from 2019, but that remains to be seen.

Kia has been coy on details regarding its new electric vehicle, but the fact we know it’s riding on the E-GMP platform could provide a few clues about the technical specification. Why? Because the Hyundai Ioniq 5 will ride on the same architecture dedicated to EVs. Comprehensive details have leaked about the Hyundai model, revealing 58- and 73-kWh battery packs and up to 342 miles (550 kilometers) of range.

The Ioniq 5 is expected to come with a dual-motor setup offering 308 horsepower (230 kilowatts), enough for a 0 to 62 mph (100 km/h) run in 5.2 seconds. That’s not to say the Kia electric crossover will have identical specs, but they can’t be all that different given the use of the same E-GMP platform.

There’s so much more to come beyond the crossover seeing as how Kia has already previewed a larger SUV, along with a city car, a sedan, and even a pure electric sports coupe. Meanwhile, the “powerful and dynamic crossover” as described by Head of Kia Global Design, Karim Habib, will be officially unveiled before the end of March. Eventually, the South Korean brand will also add an electric minivan to its growing EV portfolio.