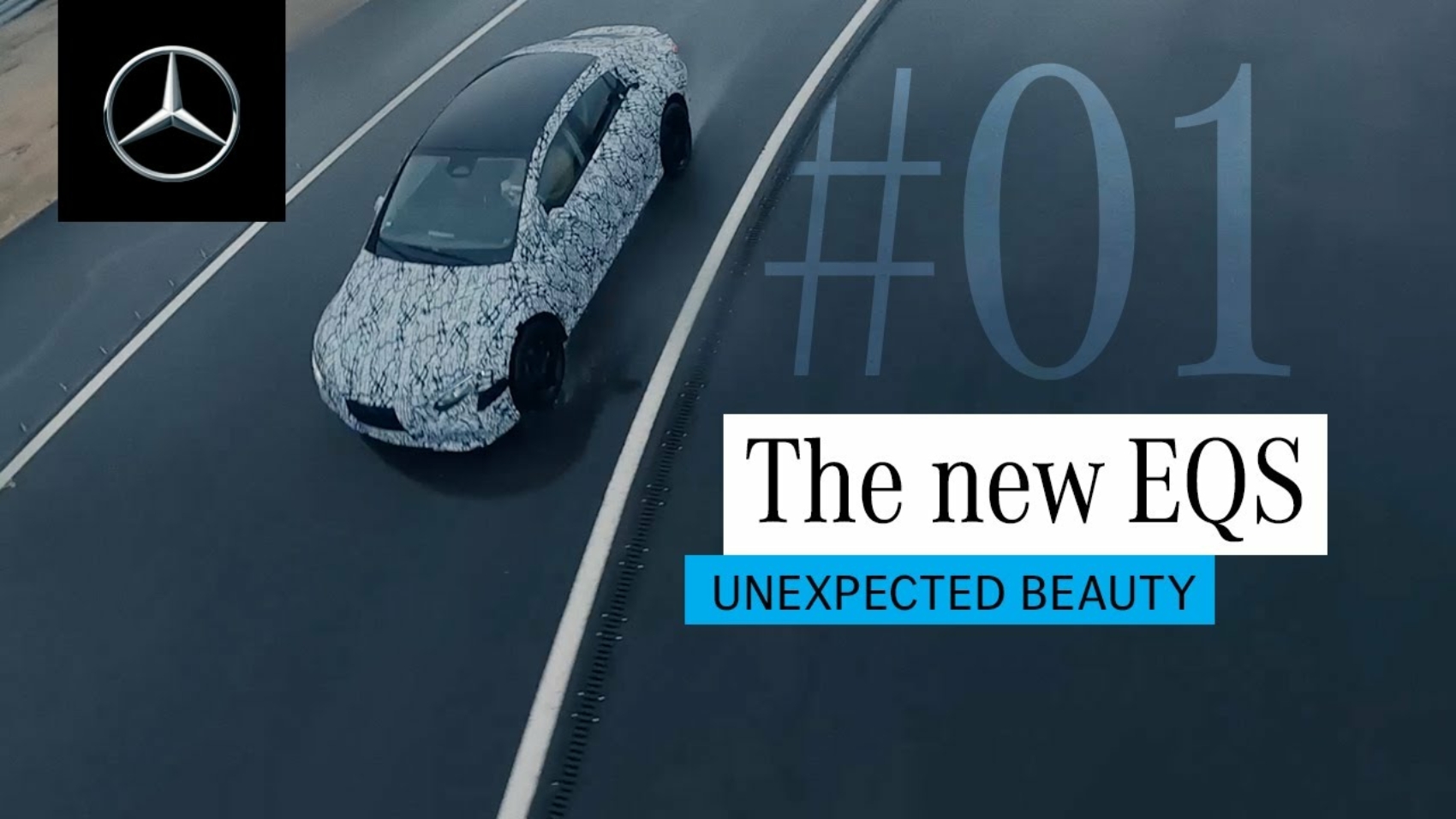 The B-Class Electric Drive along with the more recent EQC and EQA crossovers are electric vehicles that started out in life as traditional cars powered by combustion engines. That won’t be the same story with the EQS arriving later this year as it will be Mercedes’ first EV to ride on a platform exclusively dedicated to electric cars.

Billed as the flagship car in the German automaker’s newly established “EQ” electric portfolio, the EQS has been extensively teased. The long road to reveal kicked off in September 2019 with the Vision EQS concept before continuing with images of camouflaged prototypes and the reveal of its swanky 56-inch Hyperscreen earlier this month. Now, Mercedes is ready to talk about its dual-motor powertrain.

Filmed in portrait mode and with some camera angles that might make your head spin, the video is certainly not one of the best teasers we’ve seen lately. That said, we get to learn a little bit more about the EQS and see a near-production prototype during some high-speed action at Daimler’s private test track in Immendingen, Germany.

The man behind the wheel is Danish tv host Felix Smith, joined on the front passenger seat by Eva Greiner, chief engineer of the Mercedes EQS’ eDrive system. Despite being an unfinished car, the “S-Class among electric vehicles” seems impressively stable and comfortable at speeds of up to 131 mph (211 km/h). Speaking of the company’s traditional range-topping car, the S-Class in Coupe flavor makes an appearance and shows its limitations on a twisty and wet surface whereas the EQS is perfectly stable thanks to torque vectoring.

How does that work? Eva explains the front and rear electric motors have different specifications and they’re controlled by the Central Powertrain Controller acting as the powertrain’s “brain.” The CPC automatically decides how the motors work based on several variables, transferring power to the wheels as needed. The comparison between the two cars puts the now-defunct S-Class Coupe in a bad light by feeling far less stable than the new electric sedan, thus signaling the progress Mercedes was able to make in just a few years.

The EQS also has something called an Eco-Assist function, which relies on the data gathered by the GPS to maximize efficiency. It allows the car to “know” what’s up ahead by as much as 700 meters (2,297 feet), showing an upcoming roundabout on the head-up display before the driver even sees it. In such a situation, a message appears on the digital instrument cluster to release the “gas pedal” to avoid wasting energy.

Mercedes still doesn’t say when the 2022 EQS will debut, but with this being the first video of a series, it can only mean it’s going to take a while. When it does eventually arrive, the EV will have a maximum range of more than 435 miles (700 kilometers) per WLTP.